The first-ever LPL event was well-attended. Hopefully there will be more Exhibitions in the future.

In my opinion the first-ever Arizona Meteorite Exhibition was a huge success. It was hosted by, and was the “kick-off” event celebrating the 50th anniversary of the Lunar and Planetary Laboratory (LPL) located on the University of Arizona campus in Tucson. It brought together Arizona meteorite finders, classifiers, researchers, and collections. The event featured exhibits of Arizona meteorites and meteorite collections, as well as, informative displays, lectures, and posters. The event was held in the Atrium of the Kuiper Space Sciences Building.

Dolores Hill should be congratulated for a large part of the success of this event. She and her colleagues conducted a monumental effort to contact finders and classifiers and collectors of Arizona meteorites, and then to arrange to have these people and their meteorites brought to this event in order to mingle with the LPL researchers and to meet the general public. Just the making of labels and the setting up of the display cases and posters was a laborious task that wasn’t finally completed until just minutes before the doors opened at 6PM (January 30th).

Postcard from Exhibition is now a “collectible”

Although this Exhibition was widely publicized before the event (evidenced by how well-attended it was), I found there was only sparse reporting on the Internet after the Exhibition. It may be a result of the Tucson Show following immediately on the heels of the Exhibition. But the few people that did report on the Exhibition did such a fine job of giving a genuine portrayal of the event, that I am going to depart from my usual article layout and, instead, will have my “References:” section immediately precede my image gallery.

By the way, the meteorites from my collection that I loaned for display were:

Franconia – the first one, from which the type specimen was classified.

Sacramento Wash 002 – from the classified stone (from which the type specimen was obrtained).

Warm Springs Wilderness – an endcut from the classified stone (from which the type specimen was obrtained). 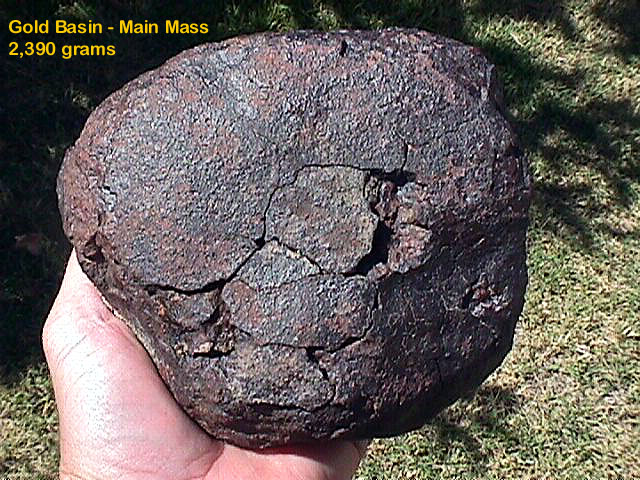 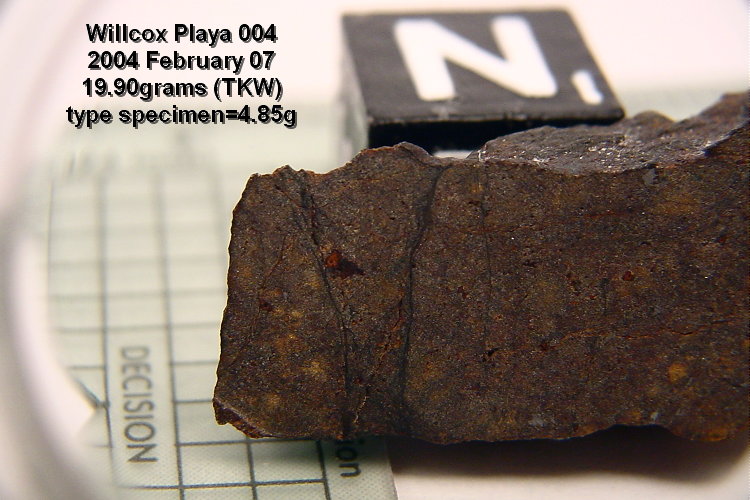 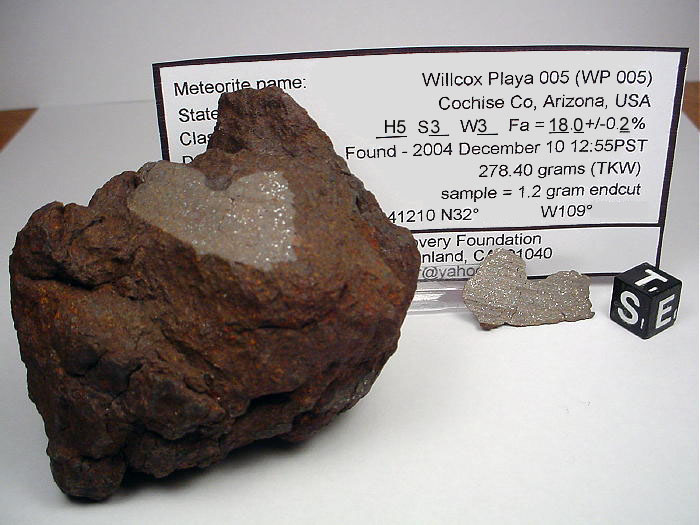 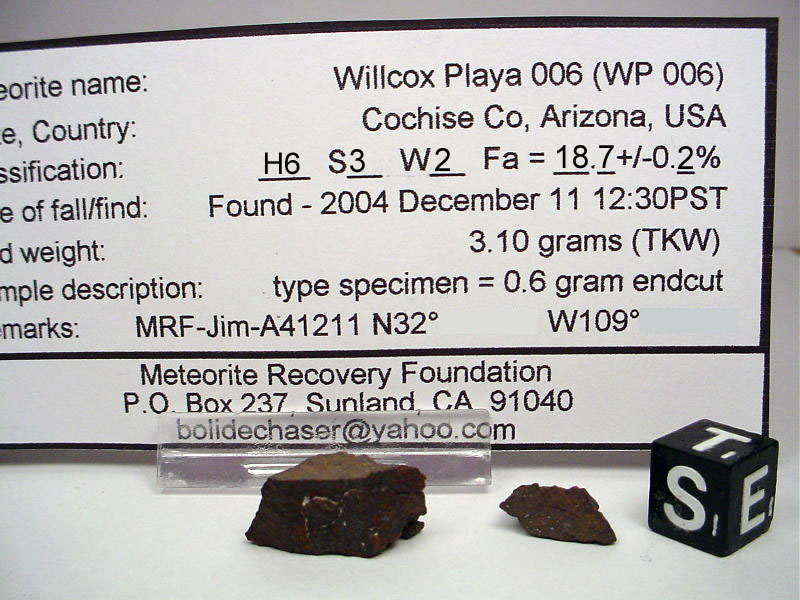 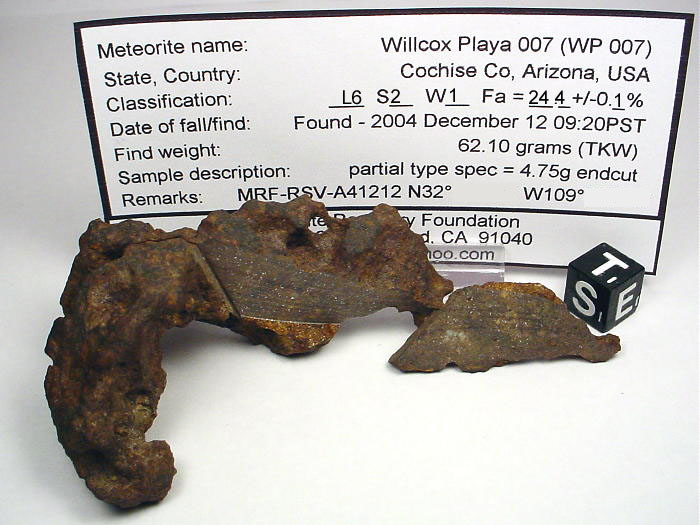 Will there be other Arizona Meteorite Exhibitions in the Future?

I can only hope so. But, I asked Dolores Hill this same question, and she pointed out that this was all part of a 50th anniversary celebration for the LPL and she sincerely hopes that it won’t be another 50 years before the next Exhibition, but she hopes that whoever runs the next event that they have a less arduous job getting it organized. Possibly using another venue, there could be a future Exhibition sooner. Maybe hold it at ASU? But given the rate of increase in the number of AZ meteorite finds being made, we may need to hold the next Exhibition at the Convention Center!

Even if it has to be held elsewhere, I do hope that there will be more Arizona Meteorite Exhibitions in the near future.

regarding his images about the Arizona Meteorite Exhibition are now uploaded.

Link to the “ArizonaViking” Yahoo-flikr website showing his images from the:
Arizona Meteorite Exhibition – January 30, 2010

Announcement of Arizona Meteorite Exhibition (in a.PDF file) from, Lunar and Planetary Laboratory, as posted on Meteorite-Times.com – December 2009.

The event was held in the Atrium of the Kuiper Space Sciences Building.

Arizona Keith did a fine job of recording this event with his digital camera. As you can see in the above image, he was “at the ready” as always.

Registration for the Exhibition at the front door.

CML poster presented at the Exhibition

Another CML poster presented at the Exhibition

Lectures during the Exhibition as part of the LPL Symposium

T-shirts with the Map of Arizona Meteorites were on sale.

Another poster on display at the Exhibition

One of many cases of AZ meteorites displayed at the Exhibition

Bob is a retired aerospace engineer living in Southern California, and has been recovering meteorites from the Southwest U.S. Deserts since 1995.
PrevIMCA Insights – February 2010
2010 Tucson Gem & Mineral ShowNext