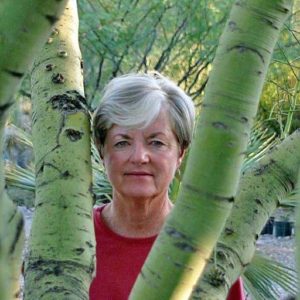 I have lived in Tucson AZ since age 2, and the Tucson Gem and Mineral Show was first held in my elementary school cafeteria in 1955. Imagine the irony of now going to the Tucson Show as a member of the meteorite world since I was fortunate to be a good friend and neighbor of Jim Kriegh who discovered the Gold Basin meteorite field! I was one of his team of three who spent two years mapping the field for the University of Arizona and fortunately spent time taking photos of the project even though we three had no idea that it would be such a life changing event for all of us.

This November 2020 is the 25th anniversary of the discovery of the Gold Basin strewn field. I doubt that anything will be organized with the...