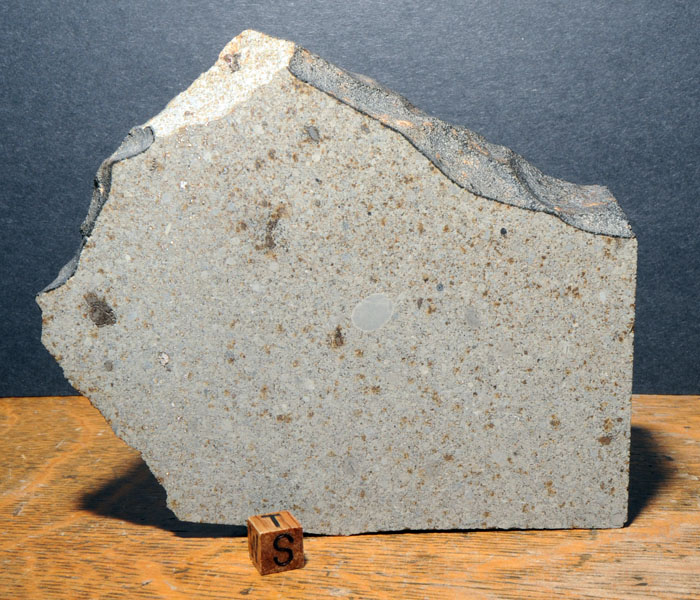 It was an interesting morning when I got a slab of Italian history from Bob Haag. The day before, while at the 2005 Tucson Show, my collection turned a corner in status when Bob passed a whole handful of torches on to me…for a price of course.

Bob and I were going to complete the deal the following day, so when I showed up the next morning, I quizzed Bob about the Alfianello sitting in his display case before completing our deal. He named a price, and in an rarely used but highly practiced reply, I agreed to the sale without really thinking about it. In fact I didn’t need to think much at all because deep down in my subconscious, the mere act of asking was already its own answer. 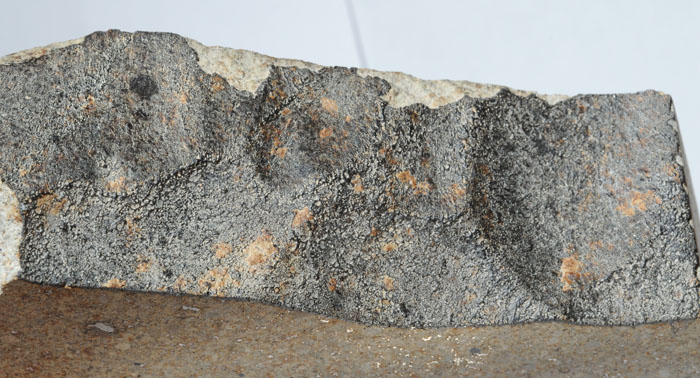 In real estate, one can use market values of similar properties for comparison. But in this case, there was nothing like it available in the world (to my knowledge anyway) and there hadn’t been in a long time (as far as I knew).

Was it old? Yes, well over a century.

Did it have crust? Yup. Plenty.

A rich collection history? Richer than a $10 chocolate truffle.

Well, the aimless blade of science-to quote Neil Young- would say there are 228kgs that fell from the sky. But a recent global collection inventory of Alfianello could account for less than a quarter of that amount. So with ~50kgs accounted for, that means that my piece of Alfianello represents at least 2% of the total known material. And given the number of smaller pieces in collections, it also places my piece in the upper echelons of size.

Good thing I don’t worry about such trivial details as classification. And so what if Alfianello is the most common meteorite class in the solar system. All kidding aside, although Alfianello is an L6 chondrite it does have some large chondrules including one very nice megachondrule. There is also enough shiny metal flake to keep a whole school of bass busy all day. 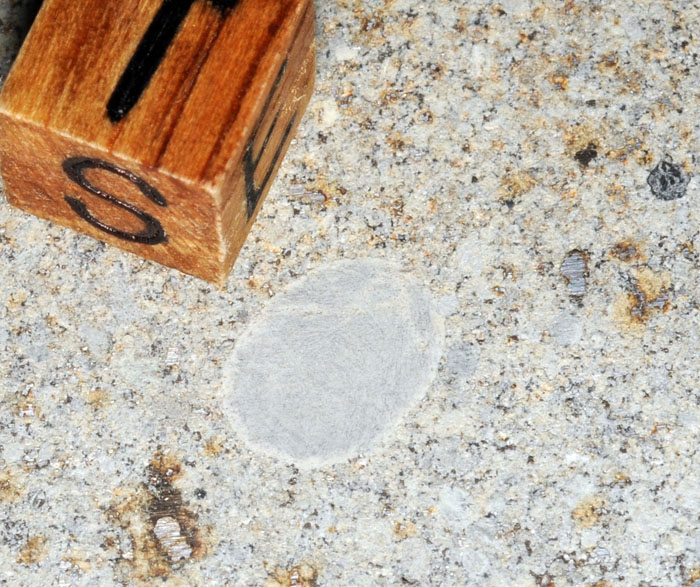 But I digress. Although adding the purchase of Alfianello to my pile of amazing meteorites raised the total I spent with Bob that weekend by half again as much, I knew that there was no way such an opportunity would ever come my way again, or at least again before my wallet had a chance to recover. 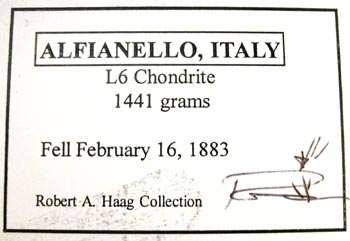 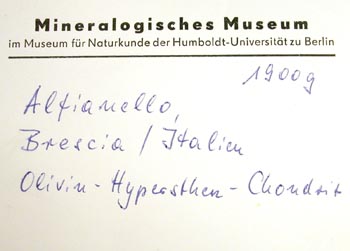 On May 26, 1883, the Stevens Point Journal newspaper in Stevens Point, Wisconsin ran a story about the Alfianello fall. A few notable points in the playful slice of newsprint history include that the meteorite was hot, stunk, and most of all, shaped like a truncated cone.

A quick google search for “truncated cone” yields a first hit for wikipedia’s entry for frustum that contains the following line: “In the aerospace industry, frustum is the common term for the fairing between two stages of a multistage rocket (such as the Saturn V), which is shaped like a truncated cone.”

Here’s the text from the article:

As you can read, the beautifully oriented 228kg individual of Alfianello was broken to pieces through the rage of the caretaker. But had the farmer played a different card, he might have had the story of one of the world’s most famous oriented stone meteorite falls in history forever linked to his family name in the history books. Sadly, even when stones fall from the sky today, they often suffer the same fate of shallow minds who misdirect their frustrations, or expect internally buried treasure.

On another note, it seems that “Professor Bombicci of Bologna” was a busy man. Here are two links for his legacy. The first is for the L. Bombicci Mineralogy Museum, and the second is for a specimen collection card from the Luigi Bombicci Mineralogical Museum at the University of Bologna founded 1860. 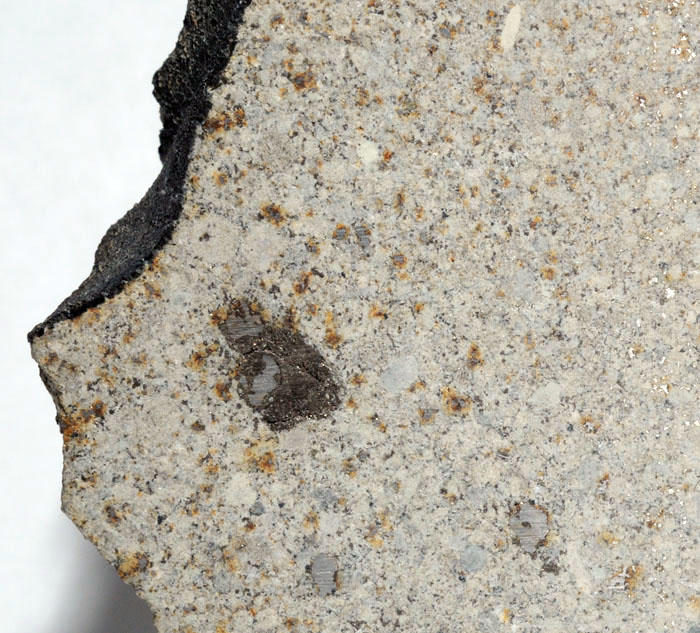 Another more technical article was published in the Proceedings of the Royal Society of London, Vol. 35 (1883), pp. 258-260. Here is an excerpt from that article addressing the circumstances of the fall and recovery of Alfianello. 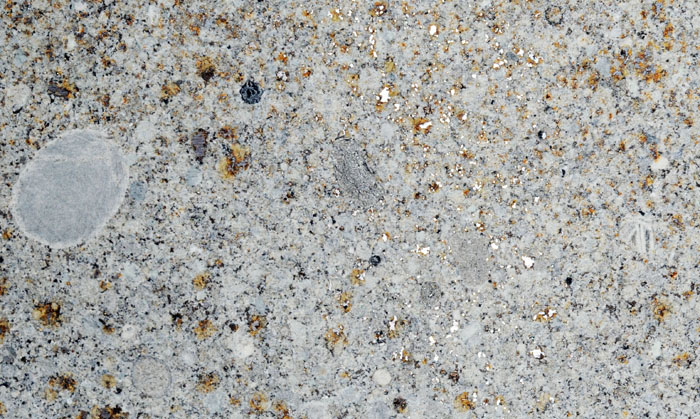 While the arrival of Alfianello was a major impact for the year 1883, it was not the greatest. That honor goes to the famous eruption of Krakatoa volcano in August. There are many reports that up to a year after the eruption human skeletons floated across the Indian Ocean on rafts of volcanic pumice only to wash up on the east coast of Africa. Just imagine how that would be explained! It would make the fall of a large hot stinky rock from space seem odd, but not terribly unusual.

Dr. Martin Horejsi is a Professor of Instructional Technology and Science Education at The University of Montana, Missoula. A long-time meteorite collector and writer, before publishing his column "The Accretion Desk" in The Meteorite Times, he contributed often and wrote the column "From The Strewnfields" in Meteorite Magazine. Horejsi is also the Lead Technology Reviewer for The National Science Teaching Association, and just celebrated his 22th year working with NASA and the JPL in education and public outreach (EPO), and is a NASA Solar System Ambassador. Horejsi specializes in the collection and study of historic witnessed fall meteorites with the older, smaller, and rarer the better. Although his meteorite collection once numbered over a thousand pieces with near that many different locations, several large trades and sales and trades have streamlined the collection to about 250 important locations with all but 10 being witnessed falls. Many of the significant specimens in Horejsi's collection are historic witnessed falls that once occupied prominence in the meteorite collections of Robert A. Haag, James Schwade, and Michael Farmer. Other important specimens were acquired through institutional trades including those from The Smithsonian Institution, Arizona State University, and other universities. Horejsi was awarded the Harvey (Nininger) Award in Tucson in 2006, The Brotherhood of Guardians of the Ensisheim Meteorite in 2011, a JPL Inspiration Person, on the JPL STARDUST Team that was awarded the Smithsonian Air and Space Museum Annual Trophy in 2008, and former board member of the International Meteorite Collectors Association, and the Northwest Council for Computers in Education.
Prev2010 Tucson Gem & Mineral Show
Bediasite Tear Drop TektiteNext