We are just six short years from the bicentennial of the fall of the Juvinas, France meteorite.

Back in 1821, an enormously important meteorite contribution fell from the sky. As a 90kg eucrite achondirte, it became a staple in meteorite laboratories all over the world and throughout the past two centuries. 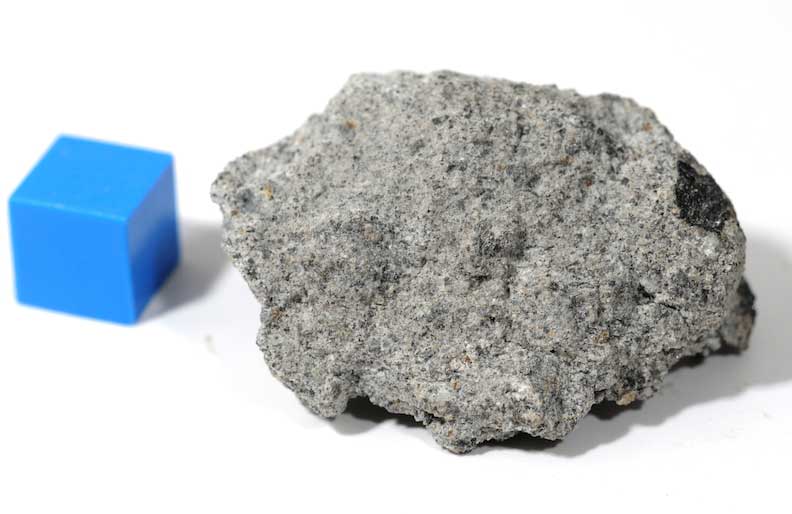 The story of the fall was detailed in the groundbreaking book Minerals From Earth And Sky, Part 1: The Story Of Meteorites by George P. Merrill. The 1929 tome contained important facts about Juvinas fall that still resonate today. Merrill reprinted the translated words about the fall from the Thomson’s Annals of Philosophy (Vol. 20, pp. 73-74) that was published in 1822.

The well-known and now widely distributed Juvinas stone, which fell on June 15, 1821, has been the subject of numerous notices, from among which the following is selected for reproduction.

We, Mayor of the Commune of Juvinas, Canton d’Antraigues, Arrondissement de Privas, departement de I’Ardeche, report, that on the 15th of this present June, warned by a frightful noise, which was heard in our commune, and those which surround it, about three o’clock in the afternoon, we apprehended that some great and extraordinary event was about to effect a general destruction in nature, which obliged us successively to adopt regulations to satisfy us that no one in our jurisdiction had been the victim of the phenomenon which at first appeared to be inexplicable.

At length, after some days had elapsed, we were informed that a meteor, of which history furnishes no similar account, had burst upon the mountain de I’Oulette, in the hamlet of Cros du Libonez, forming a part of our commune; and, according to Delmas, who is seventy years of age, its appearance was preceded and announced by two strong explosions, occurring nearly together, resembling the discharges of two large cannons, and followed by a frightful noise, that continued for more than twenty minutes, which spread alarm and consternation amongst the inhabitants, who believed they should be immediately swallowed up by some abyss ready to open under their feet; the flocks fled, and the goats and sheep collected in groups. 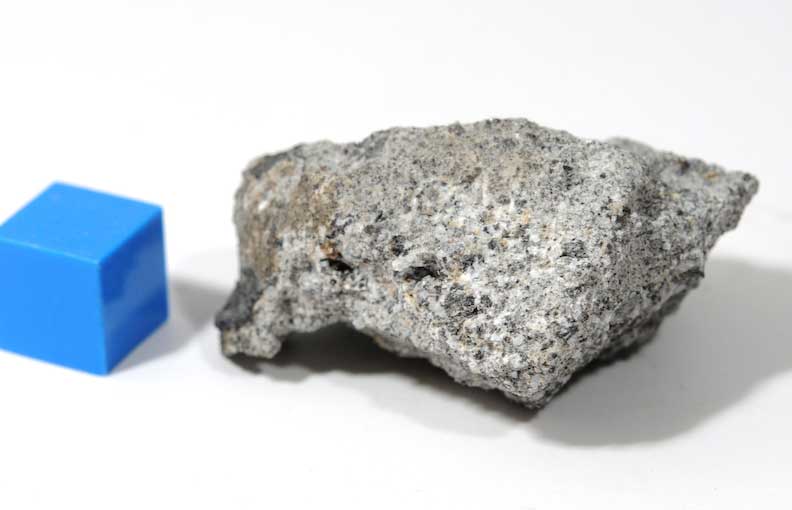 H. A. Ward noted in an article about the “Values of Meteorites” published in 1904 that, “The meteorite of Juvinas, France, of which there was originally upwards of fifty kilograms, has been broken up and distributed among sixty-two collections, of which three report one gram each and nineteen others less than ten grams each.”

Eucrite is a Greek word for “easily distinguished.” While I don’t doubt that is an appropriate translation, I find eucrites to often be less than “easily” distinguished. If in a pile of chondrites, the eucrite might be easy to pick out, but in a pile of earth rocks, especially of the igneous type, with few exceptions, eucrites blend in like any other geologic citizen of this planet. Some eucrites including Chervonyi Kut and Millbillillie are exceptions with the snowflake interiors, but most others are a fairly uniform crystalized grey. 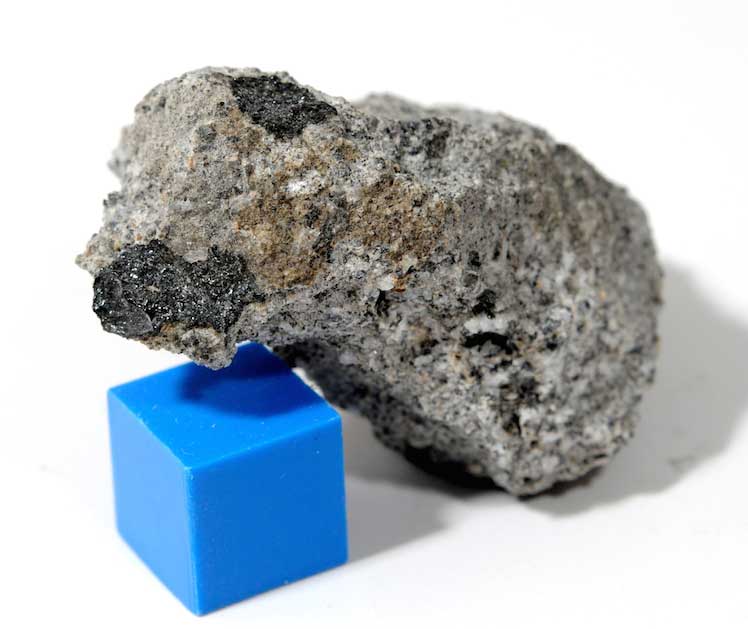 As a meteorite collector who specializes in historic witnessed falls, it is especially enjoyable to skip back in time using century-old texts as the stepping-stones. Arriving at the fall with crusted specimen in hand only makes the journey more memorable.

As my specimen of Juvinas was marching through time to meet me, it picked up a souvenir along the way in the form of an original specimen card from the Museum National D’Historie Naturelle in Paris. 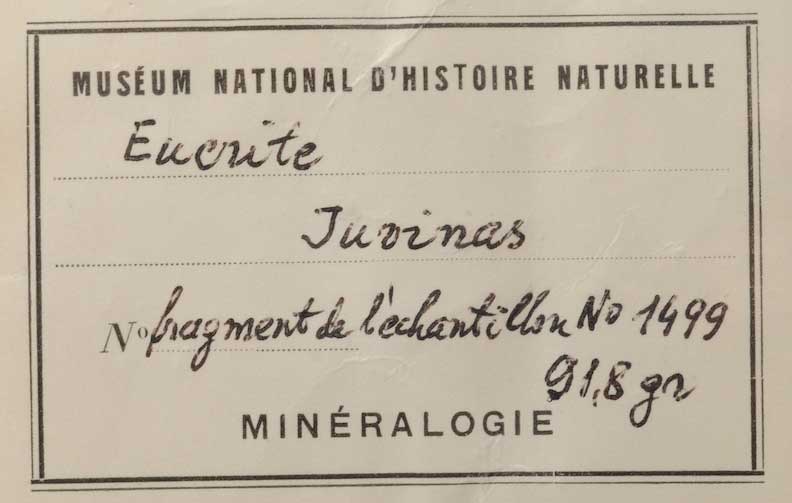 Although my specimen only represents about one-third of the mass listed on the card, I did acquire the sample from the research collection to which it was originally provided.

Dr. Martin Horejsi is a Professor of Instructional Technology and Science Education at The University of Montana, Missoula. A long-time meteorite collector and writer, before publishing his column "The Accretion Desk" in The Meteorite Times, he contributed often and wrote the column "From The Strewnfields" in Meteorite Magazine. Horejsi is also the Lead Technology Reviewer for The National Science Teaching Association, and just celebrated his 22th year working with NASA and the JPL in education and public outreach (EPO), and is a NASA Solar System Ambassador. Horejsi specializes in the collection and study of historic witnessed fall meteorites with the older, smaller, and rarer the better. Although his meteorite collection once numbered over a thousand pieces with near that many different locations, several large trades and sales and trades have streamlined the collection to about 250 important locations with all but 10 being witnessed falls. Many of the significant specimens in Horejsi's collection are historic witnessed falls that once occupied prominence in the meteorite collections of Robert A. Haag, James Schwade, and Michael Farmer. Other important specimens were acquired through institutional trades including those from The Smithsonian Institution, Arizona State University, and other universities. Horejsi was awarded the Harvey (Nininger) Award in Tucson in 2006, The Brotherhood of Guardians of the Ensisheim Meteorite in 2011, a JPL Inspiration Person, on the JPL STARDUST Team that was awarded the Smithsonian Air and Space Museum Annual Trophy in 2008, and former board member of the International Meteorite Collectors Association, and the Northwest Council for Computers in Education.
PrevThe Meteorites of Summer
Meteorite of the Month: Gebel KamilNext