Investigating planetary interiors with meteorites: the case of Mars

Investigating planetary interiors with meteorites: the case of Mars

*School of Geographical and Earth Sciences, University of Glasgow, UK.

In my PhD research at the University of Glasgow my goal was to put new constraints on the formation and evolution of the interior of Mars. I used the only available samples from Mars that we have on Earth – these are martian meteorites, volcanic rocks erupted on Mars and with precious information about the martian interior. In a few words, when a large asteroid impact on the martian surface lots of material from the Red Planet is ejected into space. This material orbits the Sun for millions of years. Eventually, one day they reach the Earth’s gravitational field and fall on the ground, where they can be found and collected. The hot and cold deserts (for example, the Sahara or Antarctica) are the best places to find meteorites, due to their aridity and absence of significant geological activity (Figure 1). This is a fantastic way of obtaining samples of Mars for free. On the other hand, these samples are immediately affected by terrestrial contamination and alteration once they fall on the ground. In this sense, when chemical analyses are conducted one need to have this in mind and to try to discriminate whether terrestrial alteration is present in the chemical data.

One significant part of my PhD involved the study of the Tissint martian meteorite. This meteorite is a shergottite, basically with a composition similar to a terrestrial basalt (lava) but richer in iron. In particular, the Tissint meteorite, that fell in the Moroccan Sahara desert on the 18th July 2011, is kind of special because it seems to resemble the chemical composition of the martian mantle. Thus, it was a perfect sample to use for answering my scientific questions. For example, is the interior of Mars still active? Is convective activity still in place in the martian mantle? In fact, when we think about Mars we do not refer to plate tectonics or in general to the same geodynamics that we experience on Earth: this because the martian crust was never characterized by plate tectonics, but is instead characterized by a single plate, a stagnant lid covering the entire planet. In this sense, the internal heat could have been retained for a longer time than on Earth – i.e., despite the planetary size, the heat in Mars could dissipate much more slowly (not efficiently) than on Earth, where plate tectonics provides frequent access from the internal heat to the atmosphere. But if so, why don’t we see volcanic eruptions on Mars today? This is simple to answer. In reality, from orbiter data we can see that Mars has recent volcanic eruptions and lava flows, especially on a flank of the Olympus Mons volcano, with the last one at around 10 millions of years ago. Thus, it seems that the martian interior could be still active, but with the difference that the planet may experience a volcanic eruption once every few millions of years rather than several every day, as on Earth.

With these questions in mind, I analysed the Tissint sample: this lava contains several minerals but mostly olivine, pyroxene, and maskelynite (glass) produced during shock due to the impact (Figure 2). Olivines had all my attention since they are among the first crystals that form in a magma, and so they contain pristine and important information about the martian mantle, that were not “overwritten” by the subsequent crystallization process until the Tissint lava was erupted at around 574 millions of years ago, during the late Amazonian period on Mars. Olivine crystals in Tissint are particularly known for their size: there are both small olivine (around 300 micrometers in size) and mega olivine crystals (even > 2.5 millimeters in size). It was a big surprise for me when I found out that two of these mega olivines represent crystals that were formed in a chemically similar but spatially different magmatic system than the smaller olivine crystals, and that their high content in magnesium and temperature of crystallization are indicative of their formation in the deep part of the magmatic system. Thus, these two mega olivine crystals recorded extremely useful information about the deepest parts of the martian mantle.

The first thing I decided to do with these precious mega olivine crystals was to try to acquire hidden information about possible thermodynamics activity in the martian mantle. In order to do this, I used the element phosphorus. Why? Because phosphorus is easily trapped into the olivine crystal structure when the magmatic system experiences a rapid decrease in temperature. For this reason, observing a series of bands (crystal zoning) that are is rich in phosphorus in respect to other areas of the crystal is very useful to know, because it could mean that cycles of convective activity are present in the magmatic system. In fact, during a convective cycle the olivine crystals can be transported from the hotter, lower part of the magma chamber to the colder, upper part of the same. This cycle determines rapid changes in temperature that are recorded by the phosphorus zoning into the olivine crystals, thus confirming the presence of convection in the martian mantle at the time this lava formed.

To further confirm this hypothesis of thermal activity in the martian mantle, I had another idea: using the two mega crystals of olivine as special ‘thermometers’ of the martian interior (Figure 3). Thus, using their chemistry and thermodynamical modelling, I reached the same conclusion from a different point of view. I calculated the temperature of the martian mantle when the Tissint lava formed, i.e. in the middle Amazonian period on Mars, showing that at that time the martian mantle was still geologically active.

These results are of great significance for terrestrial planets thermal evolution, with new constraints on the hypothesis that in a single-plate planet (i.e., without plate tectonics) the internal heat, due to primordial accretion and decay of radioactive elements, can be kept for a longer time than in terrestrial planets characterized by a plate tectonics geology. Now, it is exciting for me to wait for the outcome of the NASA InSight mission, to see if the data about heat flux and interior thermal activity of Mars agree with mine as reported from the geochemistry of this special meteorite.

The Brian Mason Travel Award is sponsored by the International Meteorite Collectors Association for the 2019 82nd Annual Meteoritical Society Meeting. Images were acquired in Tissint sample P18497 from the Natural History Museum of London. SEM-EDS analyses were conducted at the University of Glasgow. The microprobe work was funded by the Australian Research Council via their Australian Laureate Fellowship program awarded to Prof. Phil Bland. 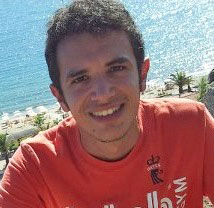 Nicola Mari is a PhD candidate in Martian Geochemistry at the University of Glasgow (UK). His thesis work focuses on constraining the formation and evolution of the martian mantle using martian meteorites. He received the ‘2019 Brian Mason Award’ sponsored by the International Meteorite Collectors Association for the 82nd Annual Meteoritical Society Meeting.
PrevViñales L6 158.4 gram end-cut
Cosmic Glass Tektite PattiesNext