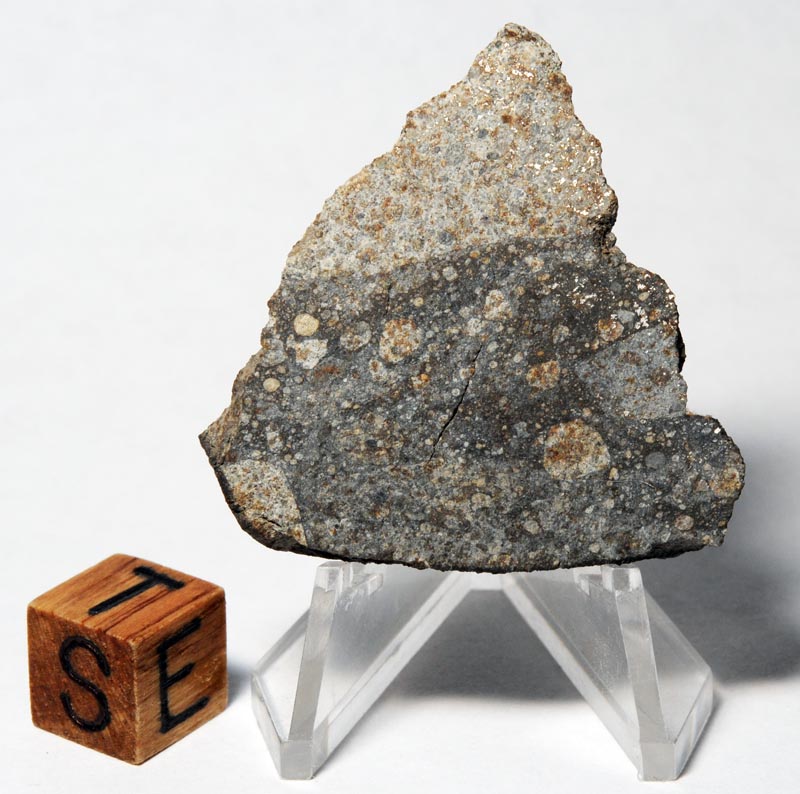 A hieroglyphic message is written on my face
Recording ancient happenings far in the depths of space.
It tells of my beginnings where fiercest fires held sway,
My leap into ethereal space and how I sped away.

A diary of my wanderings, lonely ‘mongst the stars,
A thousand of such incidents as Jupiter and Mars.
I’ve watched a host of planets grow from out the spatial voids;
Witnessed lunar peltings and played tag with asteroids.

I held my course through solar heat, likewise through frigid space.
I wooed the lovely Pleiades and gave Orion chase.
I know severest loneliness from all celestial forms;
Likewise the social gaiety of cometary swarms.

Freely through ethereal space I loved my course to steer,
But trapped at last fell victim to earth’s dread atmosphere.
In arid wastes I landed, then, smote by desert sand
My skin deep brown was varnished by oxygenic hand. 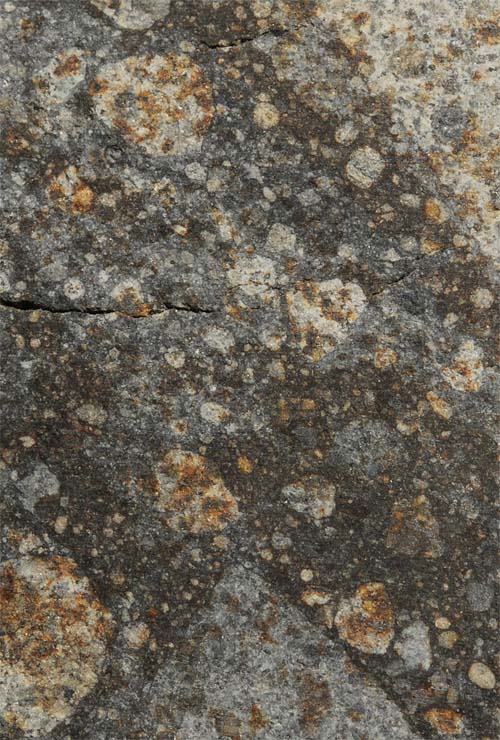 The Meteorite
by C. S. Lewis

Among the hills a meteorite
Lies huge; and moss has overgrown,
And wind and rain with touches light
Made soft, the contours of the stone.

Thus easily can Earth digest
A cinder of sidereal fire,
And make her translunary guest
The native of an English shire.

Nor is it strange these wanderers
Find in her lap their fitting place,
For every particle that’s hers
Came at the first from outer space.

All that is Earth has once been sky;
Down from the sun of old she came,
Or from some star that traveled by
Too close to his entangling flame.

Hence, if belated drops yet fall
From heaven, on these her plastic power
Still works as once it worked on all
The glad rush of the golden shower. 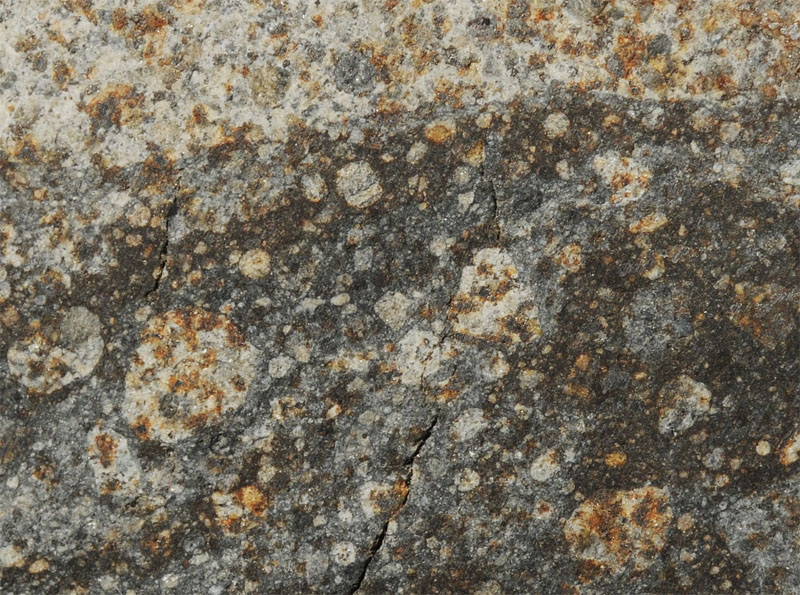 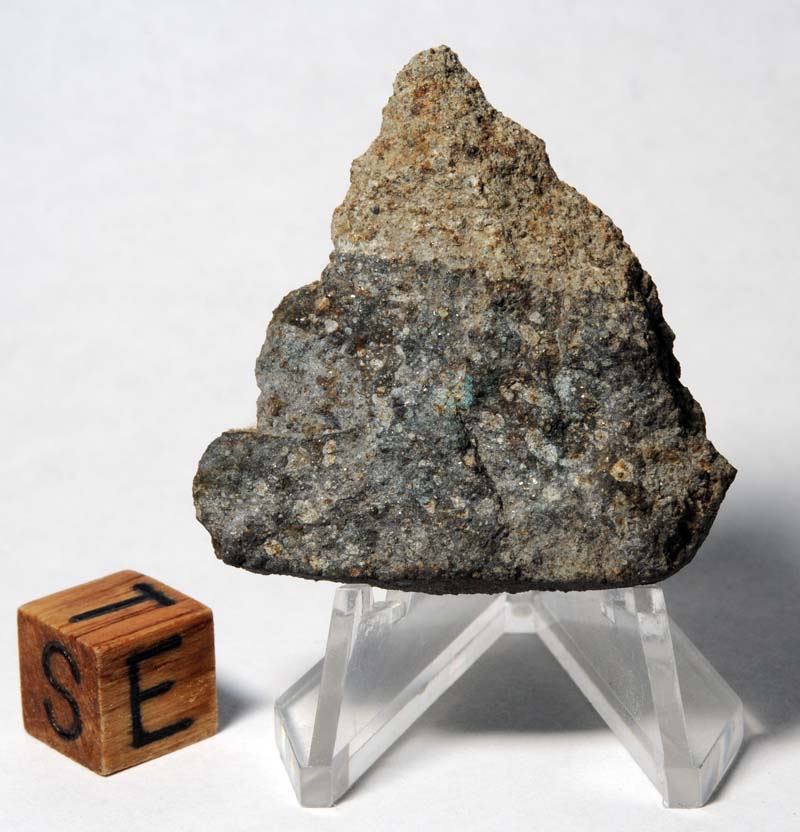 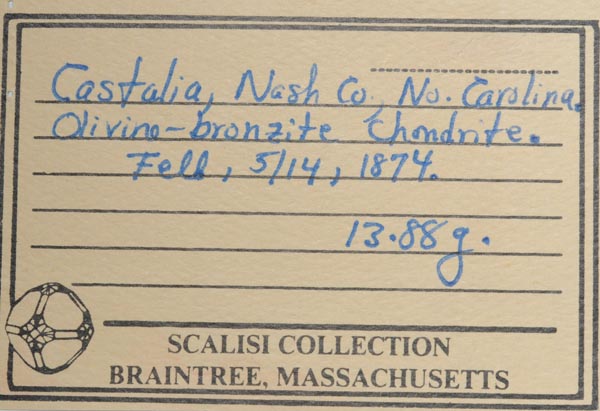 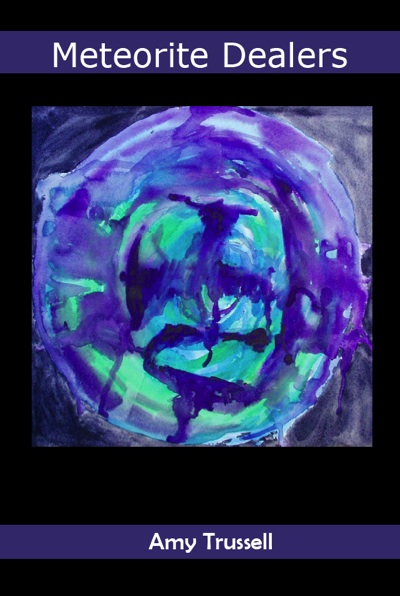 Page 42 of the document linked to below holds the poem “Meteorite Dealers.”
http://www.moriapoetry.com/trussellebook.pdf

“Here the meteorite dealers scavenge
and close in on rocks re-warmed by sun,
squatting with fig leaf bandannas.

You can examine one with a magnifying glass:
it looks like a piece of placenta
unearthed in a storm, petrified.”

For me, meteorites are an expression of art as well as science.

It is not unusual in science to struggle over the hard truths of a specimen, but I would argue that it is just as important to challenge our grammar and vocabulary skills in the quest to understand the language of meteorites.

And what better place to start then with the experts. The Poets.

Dr. Martin Horejsi is a Professor of Instructional Technology and Science Education at The University of Montana, Missoula. A long-time meteorite collector and writer, before publishing his column "The Accretion Desk" in The Meteorite Times, he contributed often and wrote the column "From The Strewnfields" in Meteorite Magazine. Horejsi is also the Lead Technology Reviewer for The National Science Teaching Association, and just celebrated his 22th year working with NASA and the JPL in education and public outreach (EPO), and is a NASA Solar System Ambassador. Horejsi specializes in the collection and study of historic witnessed fall meteorites with the older, smaller, and rarer the better. Although his meteorite collection once numbered over a thousand pieces with near that many different locations, several large trades and sales and trades have streamlined the collection to about 250 important locations with all but 10 being witnessed falls. Many of the significant specimens in Horejsi's collection are historic witnessed falls that once occupied prominence in the meteorite collections of Robert A. Haag, James Schwade, and Michael Farmer. Other important specimens were acquired through institutional trades including those from The Smithsonian Institution, Arizona State University, and other universities. Horejsi was awarded the Harvey (Nininger) Award in Tucson in 2006, The Brotherhood of Guardians of the Ensisheim Meteorite in 2011, a JPL Inspiration Person, on the JPL STARDUST Team that was awarded the Smithsonian Air and Space Museum Annual Trophy in 2008, and former board member of the International Meteorite Collectors Association, and the Northwest Council for Computers in Education.
PrevWild Geese and a Buzzard
Viet Nam Indochinite TektiteNext