This month is going to be kind of a weird mix of topics. I may even disappoint a few people by doing something I rarely do and that is not revealing a secret.

First, it came to my attention by an interested reader of a past article from a couple months ago that I had never written in Meteorite Times that my little book on Tools and Techniques for Cutting and Preparing Meteorites was finished. I had made a post to the meteorite list but never here. So anyone interested in learning a little about lapidary work as it relates to meteorites you can get a beginners course by reading my book. It is available directly from me. It is short enough that I am printing it myself and binding it in a convenient coil binding, so it will lay flat when you are working. Just drop me an email to order it for $12 plus $6 shipping.

Boy, I am glad to be done with that commercial.

There have been quite a few emails lately on the list about cleaning meteorites. Well, I have developed a secret method that is so controllable that as you can see in the following pictures I can actually remove 50 years of discoloration and bring out the buried black fusion crust exactly how I want. We had a batch of Gaos that needed cleaning and in a about three hours I had restored around a hundred or so to a beautiful dark gray or black. When we had picked them out we thought we were having to take many that were broken. The intent was that I would grind and polish windows on those. But, when they were cleaned I found that all but about three of the apparent breaks were in fact secondary fusion crusted bumpy surfaces. 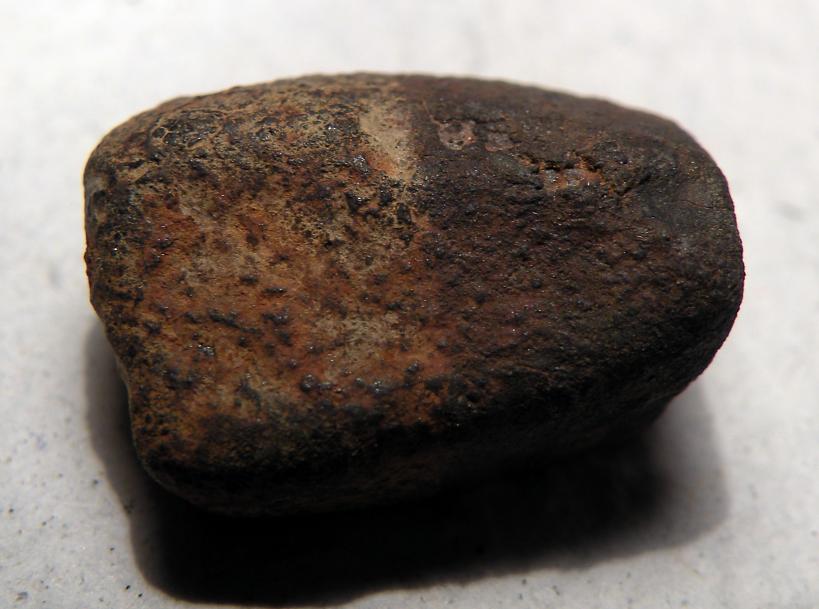 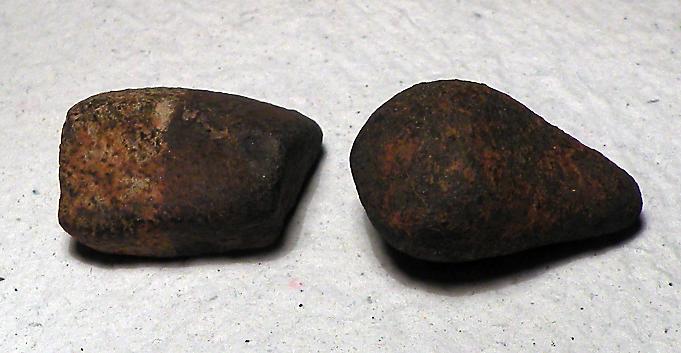 Maybe someday I will reveal the process. I’m not sure but there maybe some money to be made offering the cleaning to others. So it remains my little secret for the time being.

I hear some of the chemical bath methods of cleaning and I just cringe. I would never put a stone in anything. I have trouble using distilled water or 99% alcohol when cutting and finishing them. Some irons get cleaned till they literally shine like new money. I guess it is a matter of choice with the irons. I personally like irons to be black or really if I can get them orange colored. Then I am very happy. Just cleaned enough to get the dirt, soil and heavy rust off them. That’s the way I like my irons. But, stones if there is a black fusion crust under that dirt I am working to find it. I guess chemistry is not for me.

I was corresponding with Anne Black recently and she asked me “What exactly do you look for and collect?” This is a question that has been on my mind recently. I think at this point I should begin to bring some focus to my collecting. To show you how unfocused it is, I have bought meteorites just because I liked the name. For example, Cocklebiddy an H5 from Australia just sounds great to me. I have bought meteorites because a friend or relative lives where they were found. Covert was found in Osbourne County, Kansas and my wife’s sister lives in Osbourne. I’m going to think about narrowing in the boundaries of what I will buy. I thought about just getting new falls. But, with increasing interest and more successful recoveries I might find that an impossible challenge both from availability and cost. Maybe, limiting myself to only meteorites falls in a certain portion of the world, or from a certain time frame, say over fifty years ago and older. There would be a lot of opportunity there and I would not have to buy any particular one if it was too costly. Maybe, I should not be disciplined in my collecting. Could I just be adding another layer of obsession on my obsession?

Now for a short intermission with this following picture of a spectacular meteorite. 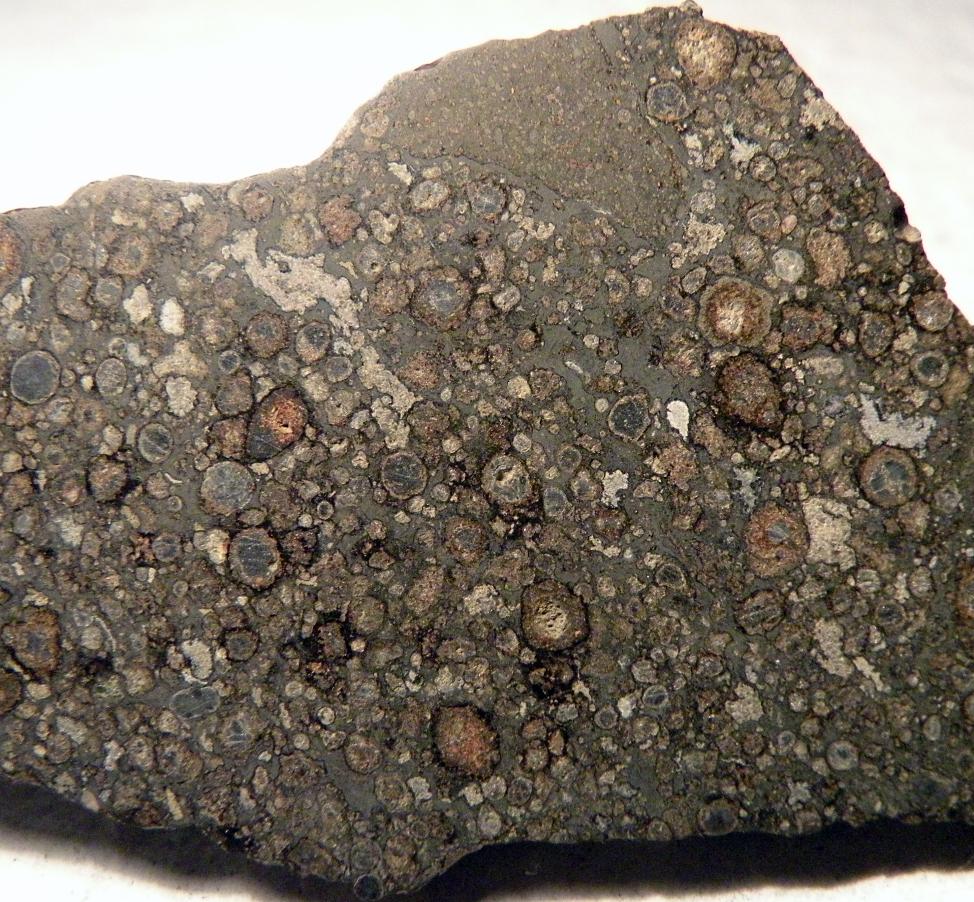 NWA 5080 is an amazing stone. It has been classified as a CV3. As a lover of primitive chondrites this is just what I like to spend time looking at under the microscope. There is no visible metal except within a couple of chondrules. I noted as I was finishing the surfaces, that they had tiny grains of metal within them. Look for a few slices to be available on our website soon.

As always, comments, questions, and suggestions for topics are welcome and you can send them to me at jim@meteorite.com until next month, goodbye.

The Meteorite Exchange, Inc. was born in 1996 with meteorite.com and Meteorite Times Magazine in 2002. Still enthusiastic about meteorites and all things related to them, we hunt, collect, cut and prepare specimens. We travel to gem shows and enjoy meteorites as much now as in the beginning. Please feel free to share any comments you have on this or any of our other sites.
PrevSpring Cleaning of my prior Planetarium Articles
Witnessed Fall: Yurtuk, UkraineNext