Chantonnay: 200 Years and One Fine Person

One hundred years ago this August…

a meteorite fell on the small villa of Chantonnay, France. The stone was studied throughout the next two hundred years including under the observant eye of Tschermak who described a fibrous translucent mineral within the matrix. The fibers turned out to be olivine bronzite, a compound that later became class of meteorites often referred to as H chondrites. 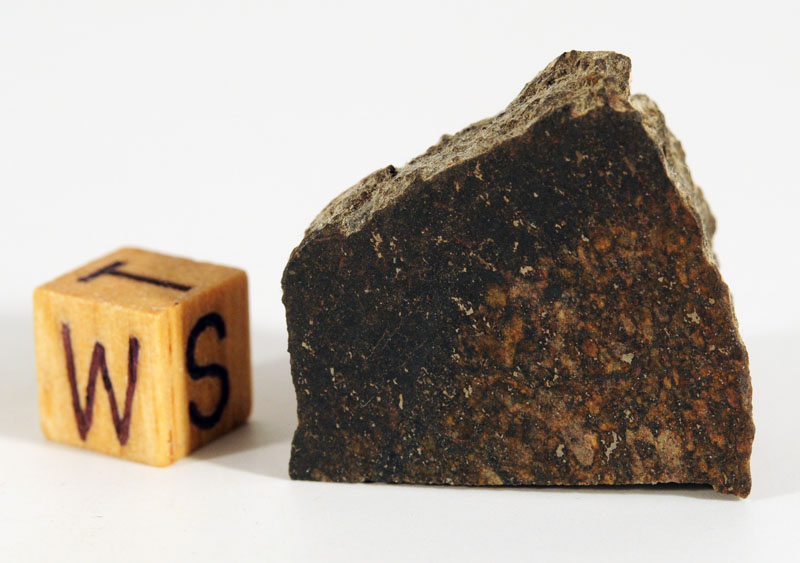 of light and dark matrix sprinkled with metal flake and chondrules. 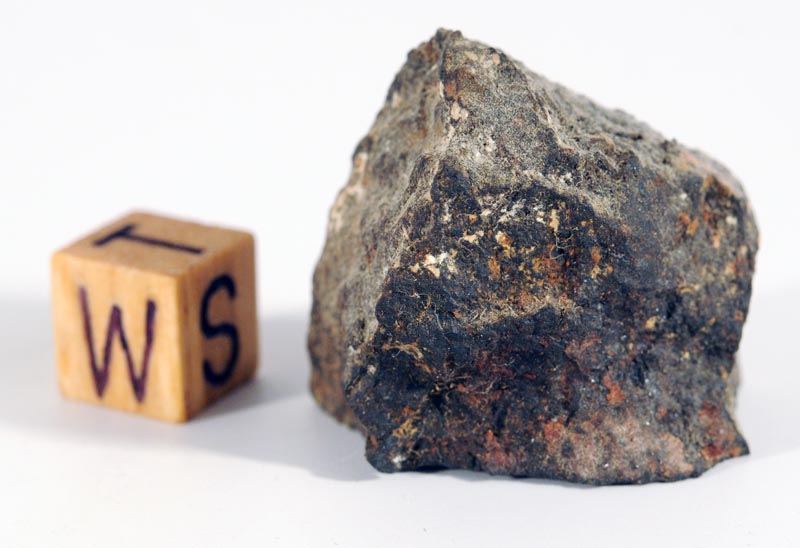 The crust on Chantonnay was noted as being an “entirely opaque” and a “black semiviterous magma.” 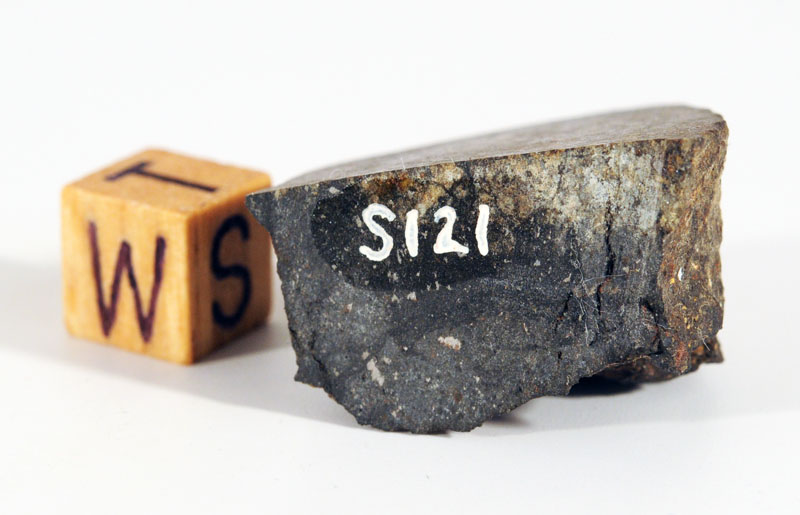 The specimen number S121 is a notation from the Jim Schwade Collection.

While Jim is still with us, unfortunately Walter has moved on to other things.

While long past history is a great thing in meteorite collecting, there is also the human element, in specific the collectors. As the piece of Chantonnay made its way through time, it stopped by visiting Walter Zeitschel for a while. Walter passed on December 6th of 2009 leaving the rest of us to remember him and share his story with the new crop of collectors. Walter was truly a gentleman of this sport and a very fine ambassador of meteorites. He is still greatly missed. 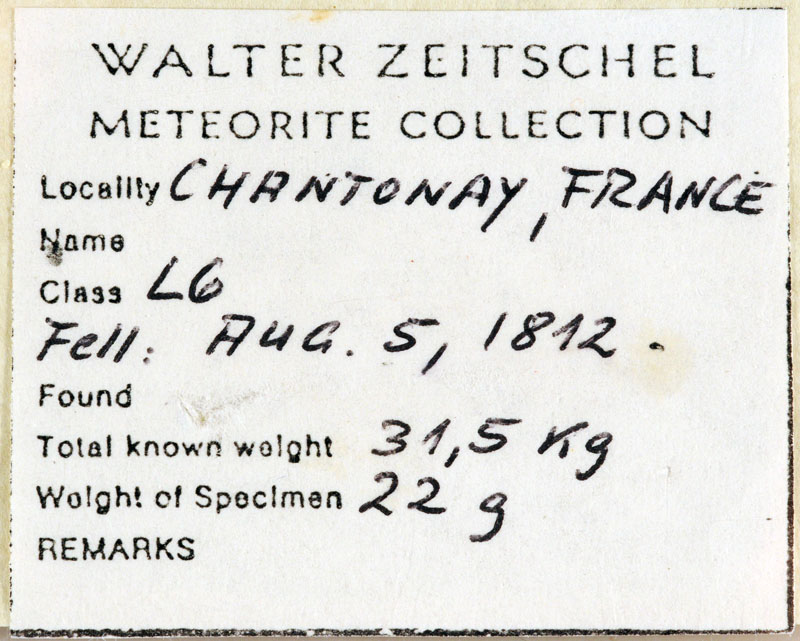 and in turn also became an important piece of collection history.

The above text is some of the ancient research done with Chantonnay in the 1800s.

previous knowledge the scientist had to work with, but also the wonderful insights and

conclusions teased out of the odd rock from space.

As the vertical rays of the sun once again march north across the equator of our fine planet, take a moment and consider all that a historical meteorites have been through, and an slightly longer moment to remember those in our club whose collections are no longer growing.

The Accretion Desk welcomes all comments
and feedback. accretiondesk@gmail.com

Dr. Martin Horejsi is a Professor of Instructional Technology and Science Education at The University of Montana, Missoula. A long-time meteorite collector and writer, before publishing his column "The Accretion Desk" in The Meteorite Times, he contributed often and wrote the column "From The Strewnfields" in Meteorite Magazine. Horejsi is also the Lead Technology Reviewer for The National Science Teaching Association, and just celebrated his 22th year working with NASA and the JPL in education and public outreach (EPO), and is a NASA Solar System Ambassador. Horejsi specializes in the collection and study of historic witnessed fall meteorites with the older, smaller, and rarer the better. Although his meteorite collection once numbered over a thousand pieces with near that many different locations, several large trades and sales and trades have streamlined the collection to about 250 important locations with all but 10 being witnessed falls. Many of the significant specimens in Horejsi's collection are historic witnessed falls that once occupied prominence in the meteorite collections of Robert A. Haag, James Schwade, and Michael Farmer. Other important specimens were acquired through institutional trades including those from The Smithsonian Institution, Arizona State University, and other universities. Horejsi was awarded the Harvey (Nininger) Award in Tucson in 2006, The Brotherhood of Guardians of the Ensisheim Meteorite in 2011, a JPL Inspiration Person, on the JPL STARDUST Team that was awarded the Smithsonian Air and Space Museum Annual Trophy in 2008, and former board member of the International Meteorite Collectors Association, and the Northwest Council for Computers in Education.
PrevSpring Clean Up, Well Sort Of
Collapsed Lei Gong Mo Bubble FragmentNext