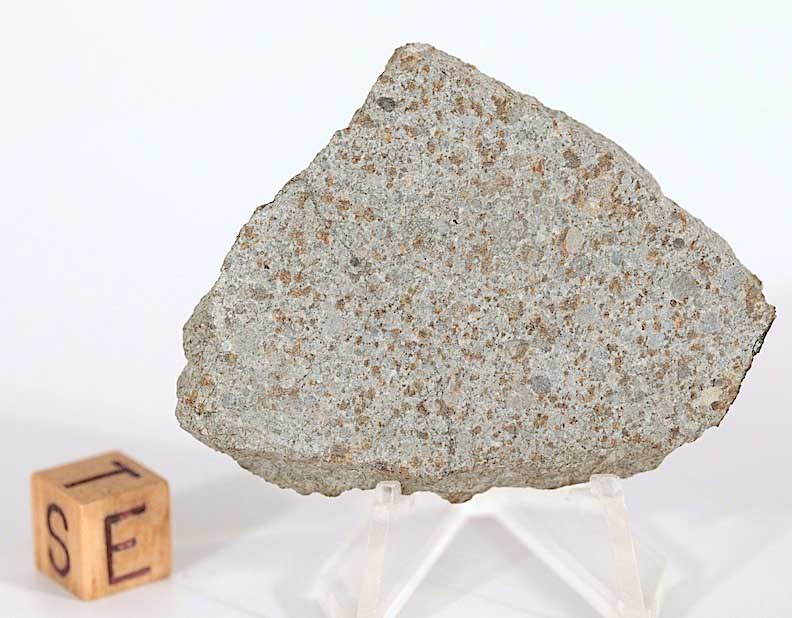 The Shelburne chondrite fell back in 1904, and although an exciting event at the time, Shelburne is one of many meteorites whose fall circumstances have fallen into the dust bin of memories. The relegation of Shelburne to an asterisk noting a witnessed fall rather than a model meteoritic event is likely due to the low distribution of Shelburne in collections even though 18kg were recovered.

So for those who need a refresher about the fall of Shelburne, here is the account as collected and documented by O. C. Farrington. The images from the article are not included, so if you want to see them, you will have to track down the original article. 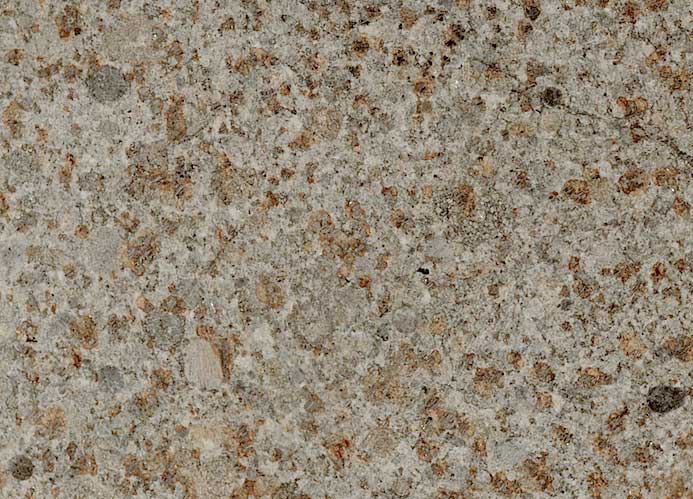 The Shelburne meteorite fell about three miles from Shelburne, Ontario, at 8 p. m. August 13, 1904. Two stones were obtained from the fall, one of which weighed 12.6 kg. (27 lbs.) and the other 5.6kg. (12 lbs.). The latter of these stones came into the possession of his Museum, where it is preserved under the Museum number, Me. 606.

The general phenomena of the fall and the larger stone have been described by Borgstrom** (Trans. Royal Astronomical Society of Canada, 1904, pp. 69-94). It remains to describe the smaller stone and give some additional general observations regarding the fall.

The distance between the points of fall of the two stones was about three-quarters of a mile and the direction between them a southeast- northwest one, the smaller stone being at the southeast. The latter stone fell within eighteen inches of the rear porch of the residence of Mr. John Shields.

The phenomena of the fall, as stated by Mr. Shields to the writer, were that sounds like a muffled drumbeat were heard by various members of the family who were in the house at the time, followed by a dull thud at the rear of the house. A man at the barn, two or three rods west of the house, also saw a momentary light. Mr. Shields’ impression from the noise was that an old shed in the rear of the house had fallen. He accordingly investigated to see if this were true. The shed proved to be intact, but a hole newly made was noticed in the soil near it. It was also noticed that the side of the house south of the hole was splashed with mud. 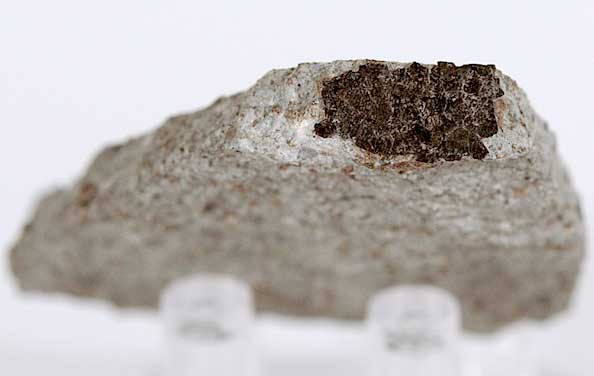 No one investigated farther at the time, but on the morning of the second day (August 15) Mr. Shields dug into the hole and at a depth of eighteen inches* found the stone here to be described. A portion of a burdock leaf, which had evidently been carried into the hole with it, lay under the stone. This showed no evidence of charring or burning.

The character of the soil in which the meteorite fell was clayey, and no other stones were observed while digging it up. The meteorite lay with the side shown in Plate V, down. The weather at the time was fair, but there had been a shower a few hours previous. The mud splashed by the meteorite against the house was seen by the writer when he visited the locality six months after the fall, in February, 1905.

The mud had been thrown in considerable quantity across the porch, a distance of about three feet, upon a window, and was even to be seen on the lower side of the roof of the porch at a height of about eight feet. The direction in which the mud was thrown was southeast from the point where the meteorite fell. The shed shown in Fig. 1, was six and a half feet from the point of fall. The height of this shed is twelve feet. It stands north of the house, and northwest of the point of fall of the meteorite. A line drawn to the point of fall of the other stone would pass directly over the roof of this shed so that had the direction of fall of the smaller stone been at a low angle with the horizon, it would have struck the roof.

Calculation shows that the angular altitude of the meteorite must have been at least 26 ° to allow it to clear the shed, if it came from the northwest. If its movement was in the opposite direction, i. e. toward the northwest, it must have fallen nearly vertically to have avoided striking the roof of the porch. This fact, together with the noticeable throw of mud to the southeast, indicates that the path of the meteor was toward the southeast. If this view be correct, the larger stone fell first, which is contrary to the usual rule, and, contrary to what would be expected, since the greater momentum of larger stones usually carries them farther. 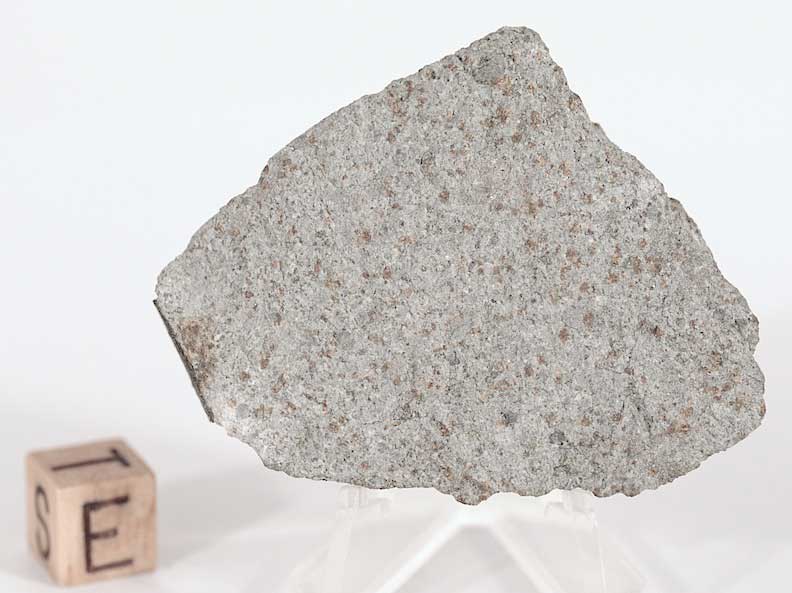 It is possible in this case that the bursting of the meteor caused a deviation of motion which brought the larger stone to the ground first. The accounts of those who saw the meteor pass seem to be of no value for determining the direction of motion. In the reports quoted by Borgstrom four observers assert that the meteor was traveling northwest and three that it was traveling southeast. A similar conflict of opinion was found by the writer to exist among those at Shelburne who saw the meteor. A point on which all witnesses agreed, however, was that several reports were heard, at least as many as three. This would indicate that the meteorite broke into more pieces than were found.

The stone found by Mr. Shields, and now in the possession of the Museum, has a shape resembling that of a flat-iron. Its length is 10 inches (25 cm.), its width 5 [square] inches (14 cm.) and its thickness 3 inches (8 cm.). The several surfaces show differences of crust and rugosity, which indicate the orientation of the meteorite. Thus, of the broad surfaces, one, that shown in Plate VI, is smooth, and has only broad, shallow pits. This was the surface found uppermost when the meteorite was dug up, and is plainly the rear side of the meteorite.

The opposite surface is for the most part peppered with small, irregular pits and the crust is thinner. It is not as smooth as the side previously described. It seems evident from the character of the crust and the pittings that not only was this the front side of the meteorite in falling, but that a piece corresponding in outline to the rough portion was split off during the fall.

On the lower side of the surface in the position in which the meteorite stands in Plate V, the interior of the meteorite is seen, over two areas, each covering about a square inch. Of these areas the one at the right was produced by a piece having been chipped off for examination when the meteorite was first found. The one at the left, triangular in shape, is a natural scaling which, since it is not encrusted, must have been made about the time the meteorite struck the earth. It passes along the plane of a nickel-iron-troilite vein such as appears in other parts of the meteorite, and the position of this vein doubtless determined the fracture.

Dr. Martin Horejsi is a Professor of Instructional Technology and Science Education at The University of Montana, Missoula. A long-time meteorite collector and writer, before publishing his column "The Accretion Desk" in The Meteorite Times, he contributed often and wrote the column "From The Strewnfields" in Meteorite Magazine. Horejsi is also the Lead Technology Reviewer for The National Science Teaching Association, and just celebrated his 22th year working with NASA and the JPL in education and public outreach (EPO), and is a NASA Solar System Ambassador. Horejsi specializes in the collection and study of historic witnessed fall meteorites with the older, smaller, and rarer the better. Although his meteorite collection once numbered over a thousand pieces with near that many different locations, several large trades and sales and trades have streamlined the collection to about 250 important locations with all but 10 being witnessed falls. Many of the significant specimens in Horejsi's collection are historic witnessed falls that once occupied prominence in the meteorite collections of Robert A. Haag, James Schwade, and Michael Farmer. Other important specimens were acquired through institutional trades including those from The Smithsonian Institution, Arizona State University, and other universities. Horejsi was awarded the Harvey (Nininger) Award in Tucson in 2006, The Brotherhood of Guardians of the Ensisheim Meteorite in 2011, a JPL Inspiration Person, on the JPL STARDUST Team that was awarded the Smithsonian Air and Space Museum Annual Trophy in 2008, and former board member of the International Meteorite Collectors Association, and the Northwest Council for Computers in Education.
PrevGeoff Notkin Rock Star
Meteorite Calendar – October 2012Next