But not for meteorite finds. 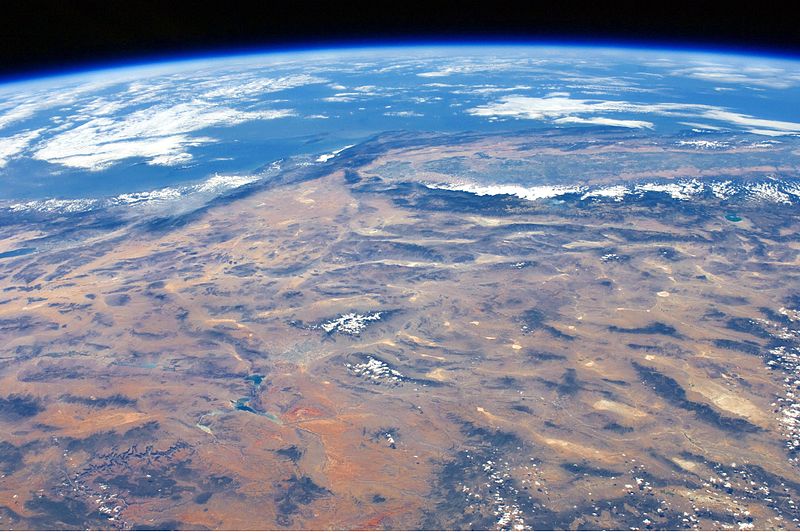 There won’t be a “Bob’s Findings” article this month because it happens that Mother Nature has given a gift to all of us meteorite hunters, in the form of a VERY dry and mild winter, here in the Southwestern United States. This is not the time to be sitting indoors in front of a computer monitor. This is the time for meteorite-recovery, as long as this weather holds up.

Usually by this time of year, snow has covered the ground in central and northern Nevada. And usually, January is the wettest month of the year in southern California, but the drylakes are bone dry, because the last rain was in October and none is forecast for the remainder of this month. Usually at this time of year, meteorite hunters are forced to either, stay home and write about meteorite-recovery, or face trundling over snow-covered hills and muddy flats while a cold wind chills them to the bone. But along with the paucity of precipitation, the temperatures have been unseasonably mild, as well. Coupled with a nearly nonexistent wind, all of this has made for some perfect conditions for meteorite-recovery.

The conditions were mild at all of the localities that I visited during these past few weeks. On one trip I departed from San Diego with a full compliment of winter clothes and headed north, but even after traveling 400 miles the weather was no different than back at San Diego. It was such a pleasure to hike in the sunlight, and without any wind blowing, I could take off my sweater and walk about with only a tee-shirt. On a second trip up north I ran into some shallow puddles, so there must have been some local precipitation, but most of the water appeared to be coming from snow that was melting, and even that was drying-up quickly. It seemed like every discussion with the locals at those localities delt with the subject of the “drought” and when it would end.

So, I feel it would be a major shame to stay home (to write my article) and not take advantage of the gift given to us by Mother Nature.

Look out lunars, here I come!

I’m not saying that I’m finding a lot of meteorites, in fact, I’m doing a lot of driving in order to find just the few that I was lucky enough to recover. And, of course, they are all small finds and all are Ordinary Chondrites, as well. But of the ten (10) that were recovered, three (3) of them are what some people call as, “cold finds” (at least, I’m not aware of any previous finds from those localities).

Before I go out the door, I’ll post a few images of the finds from the past few weeks, below:

Hope you enjoyed the images!

There will be more information about these meteorites, later – after winter finally arrives.

There will be plenty of time then, after I’m stuck indoors!

Bob is a retired aerospace engineer living in Southern California, and has been recovering meteorites from the Southwest U.S. Deserts since 1995.
PrevIMCA Insights – Meteorite Men, the Morasko Episode – Science after Filming
Tucson Gem Show MemoriesNext