The mystery of the origin of the iron meteorite found on the grounds of the former mansion for Edward L. Doheny. 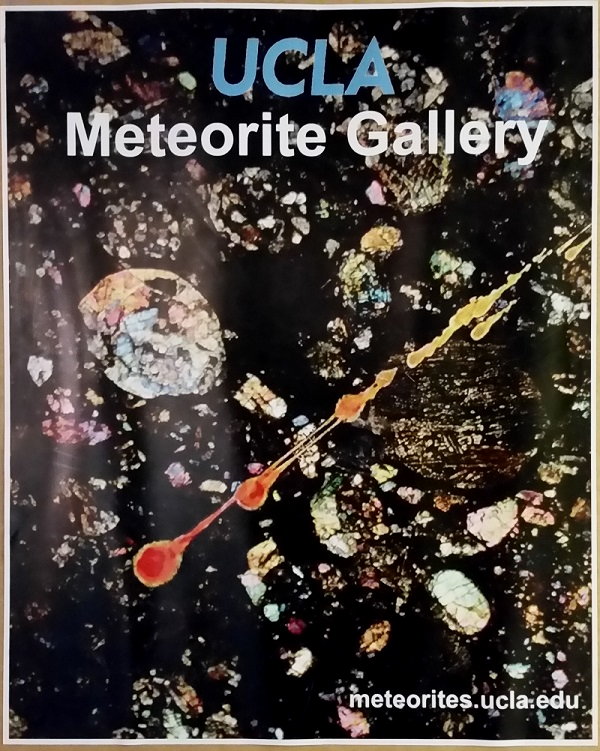 Make no mistake, there is little doubt in the minds of the researchers who have examined this iron meteorite, that this iron is nothing more than a transported “Canyon Diablo” (CD) meteorite. But how it traveled to Los Angeles and came to be accidentally “discovered” on the grounds of what is now a college campus, that is the mystery that the researchers would like to get answered. If you have any information regarding this ~68kg CD, then please contact this author.

I wasn’t aware of the story behind the “discovery” of this iron meteorite until just recently. It wasn’t until I literally tripped-over this mass of iron as it sat on a pallet on the floor of the UCLA Meteorite Gallery, which prompted me to ask, “What’s this thing doing here?”, that I was told the story of this “mystery iron meteorite”.

The story of how this meteorite was “re-discovered” has already been published. An article by Phillip Jordan appeared in the Spring/Summer 2017 edition of “Mount Magazine”, which is a publication of the Mount Saint Mary’s University (MSM) in Los Angeles. A graduate student from that college campus was using the University Swimming Pool when he recognized the ~150 pound mass of iron sitting in the landscaping. He had recently taken an interest in meteorites and meteorite-hunting, so this rusty-brown object caught his eye. Apparently, this iron and landscaping were originally inside a greenhouse-bathhouse enclosure back when it was part of a mansion owned by a California oil baron by the name of Edward L. Doheny.

It is surmised by the University archivist that Doheny acquired this iron when he was young and was working as a “mining prospector”, and that when his estate was donated to MSM, it was forgotten about and was transferred with the greenhouse. Unfortunately, that cannot be proven as fact. Actually, there are no “facts” or provenance regarding this iron. An equally-supported scenario could be made that this could be a “cold-find” made by Doheny while he was “prospecting”. In fact, a case could be made that it is less likely that a purchased Canyon Diablo meteorite would be used as landscaping and forgotten about, as opposed to a “curiously-heavy rock” found while mining, then becomes part of a rock collection, and then ends up in the landscaping.

It’s these kind of uncertainties that make the researchers studying this iron anxious to get any sort of information regarding provenance. Apparently, the literature is mum about the existence of a Canyon Diablo mass in the ~68kg (app. 150 pound) weight range. If you have any idea or information about the origins of this iron meteorite, please speak-up, soon! The sooner this mystery is solved, the sooner this meteorite can be added to the Meteorite Gallery at UCLA.

Post Script: the published article can be read in its entirety here: “ A Meteoric Find On Campus“.
The only picture that I currently have available of this iron is displayed in that published article.
Unfortunately, the photos I took at the Gallery were in poor lighting and did not take.

If there are any updates to this story, they will appear HERE!

This article has been highly abbreviated in time for it to be included in this July publication of Meteorite-Times Magazine.

[1] “A Meteoric Find On Campus” — “Discovering a space rock in the Doheny Mansion’s backyard.” An article by Phillip Jordan in the Spring/Summer 2017 edition of “Mount Magazine”, a publication of Mount Saint Mary’s University, Los Angeles, California.

If you have any information as to how Edward L. Doheny came into possession of this 150 pound iron meteorite, then please contact this author at: bolidechaser at yahoo-dot-com

Bob is a retired aerospace engineer living in Southern California, and has been recovering meteorites from the Southwest U.S. Deserts since 1995.
PrevFluorescent Meteorites
Hunting a New FallNext