The Blackwell Meteorite: We’d expect nothing less from the Sooner State 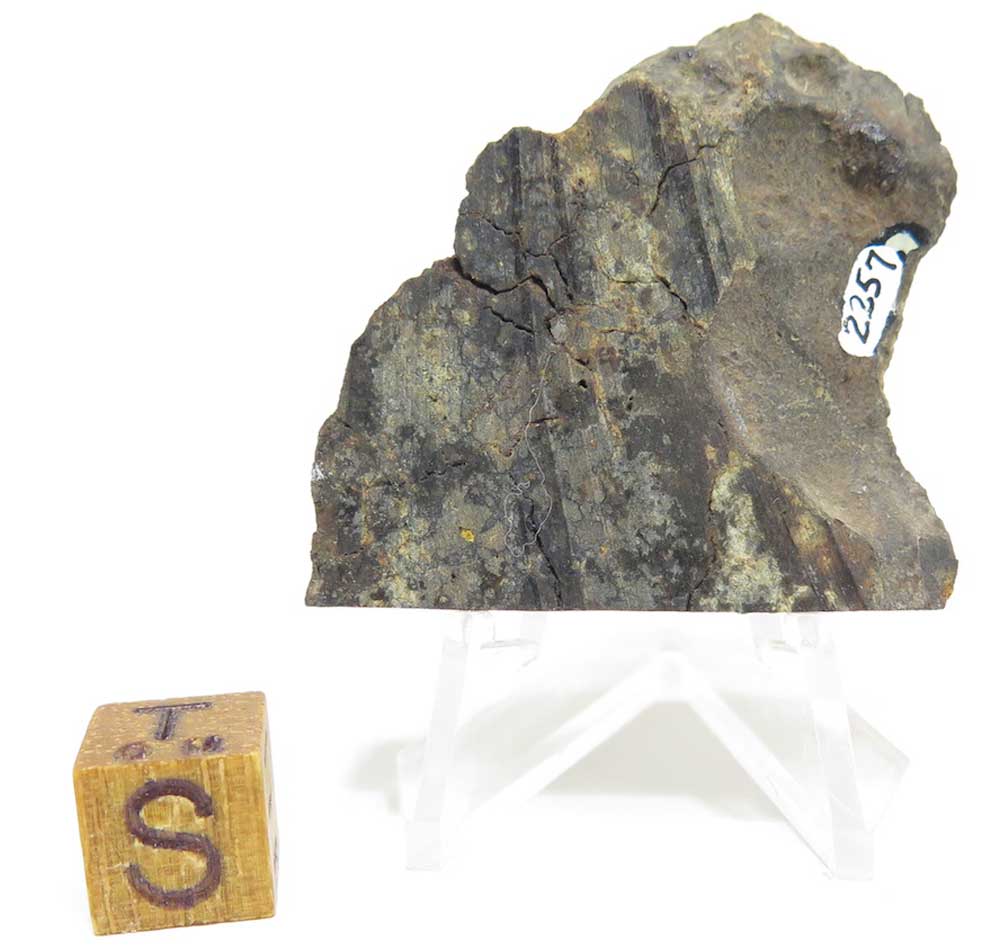 In the previous issue of the Meteorite Times, I highlighted a famous Oklahoma meteorite fall named Lost City. While Lost City is arguably the most important and well known fall from the Sooner state, the first witnessed fall in the state actually occurred while Oklahoma was still a territory. The Blackwell meteorite fell in May of 1906, a full year and a half before Oklahoma became a formal State in the Union back in November of 1907. 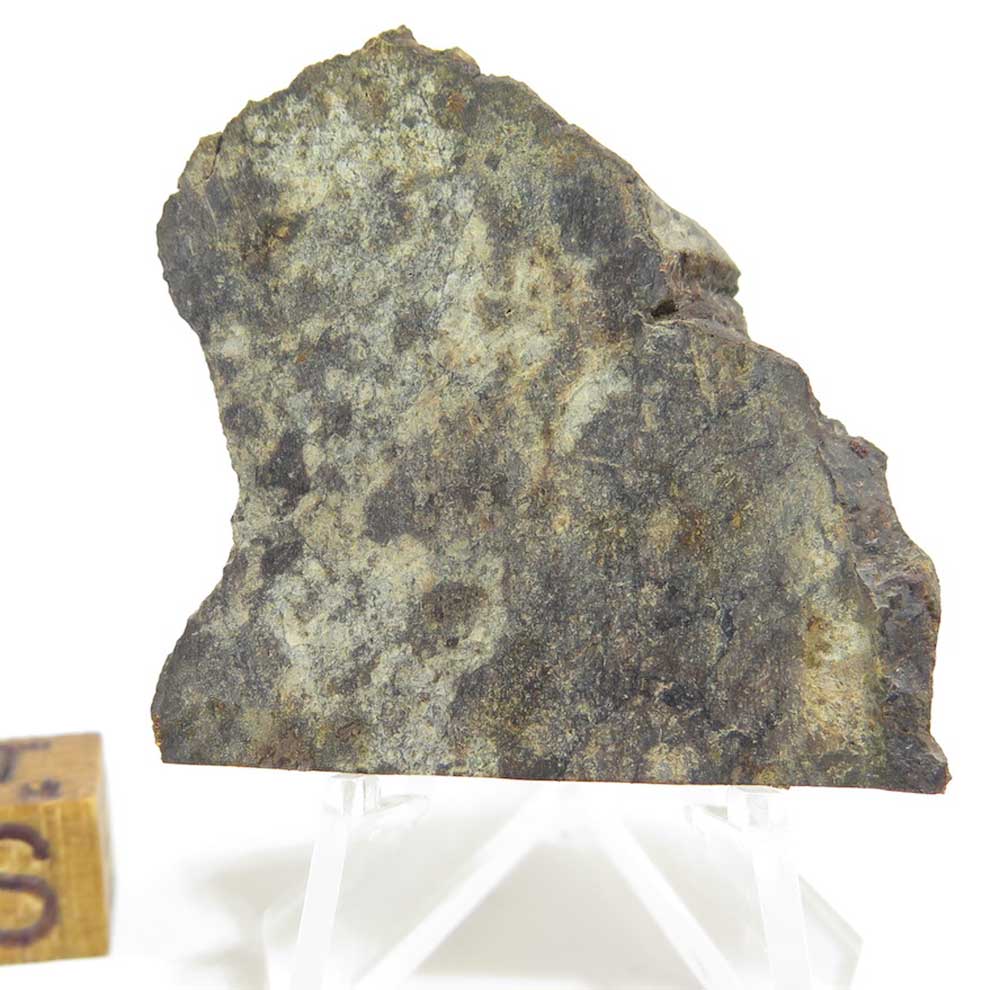 Oklahoma’s nickname as the Sooner State is also from an earlier time. In the same year Montana became a state, 1889, anxious people lined up along the Oklahoma territory border waiting to race into the area and claim a stake of land as their own. However, there were those less scrupulous folks who jumped the gun so to speak and entered early grabbing land before legally allowed to. Those cheaters were known as “Sooners” since they broke the rules and laid claim to land before sooner than official start of the race.

Today, however, the badge of a Sooner is more one of “pride and progressivism.” And any state with an official Astronomical Object (The Rosette Nebula) is fine by me. That state nebula is right along side the State Bird (Scissor-tailed Flycatcher), State Soil (Port Silt Loam), and State Fossil (Saurophaganax maximus), a dinosaur larger than T rex, but not to be confused with the Oklahoma State Dinosaur, the Acrocanthosaurus atokensis. Two dinosaurs? Really, Oklahoma?

And now that I think about it, the Blackwell meteorite is a Sooner through and through. And maybe the best example of a Sooner in the truest spirit of the nickname. So Oklahoma, you’re OK. 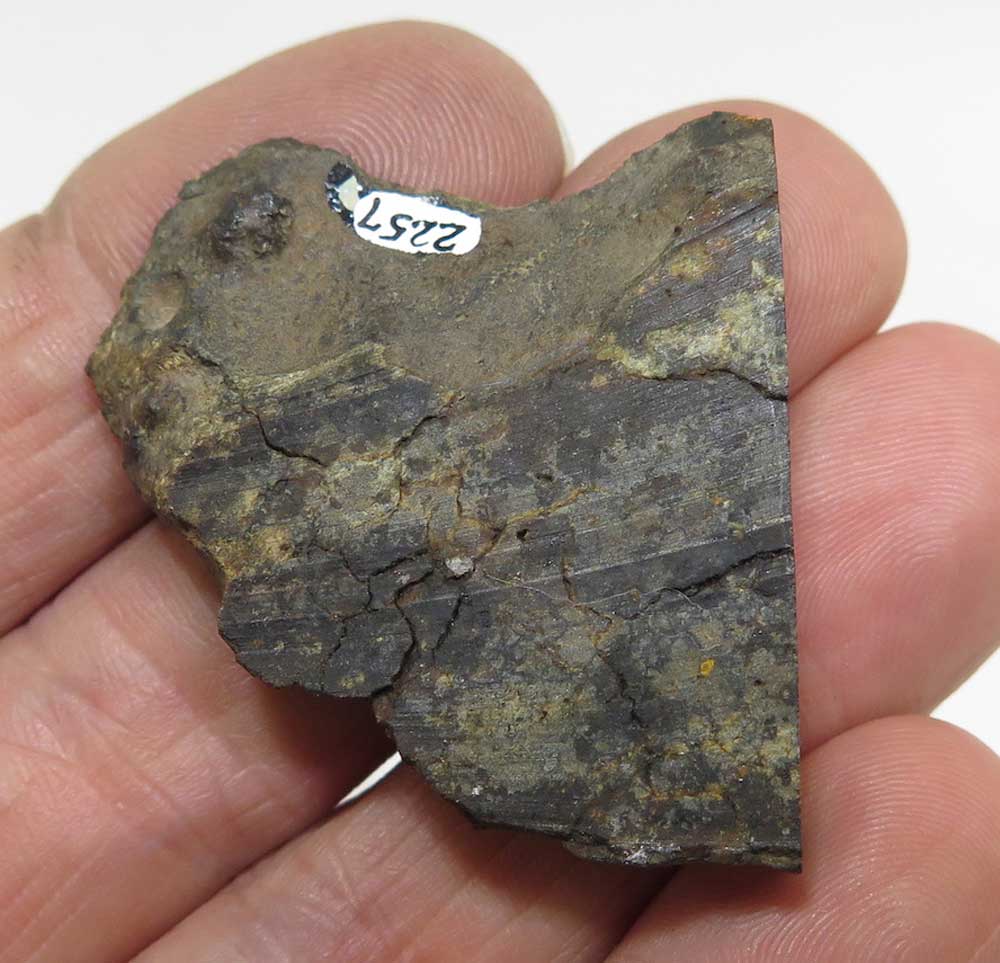 The Blackwell meteorite is a humble L5 chondrite originally weighing 2381 grams. And like many meteorites, its earthly childhood was spent holding open a door. But unlike many other meteorites, Blackwell also wasted its teenage and college years still working as a doorman. For 28 years the single stone slid back and forth on the floor of a farmhouse not far from where it landed. 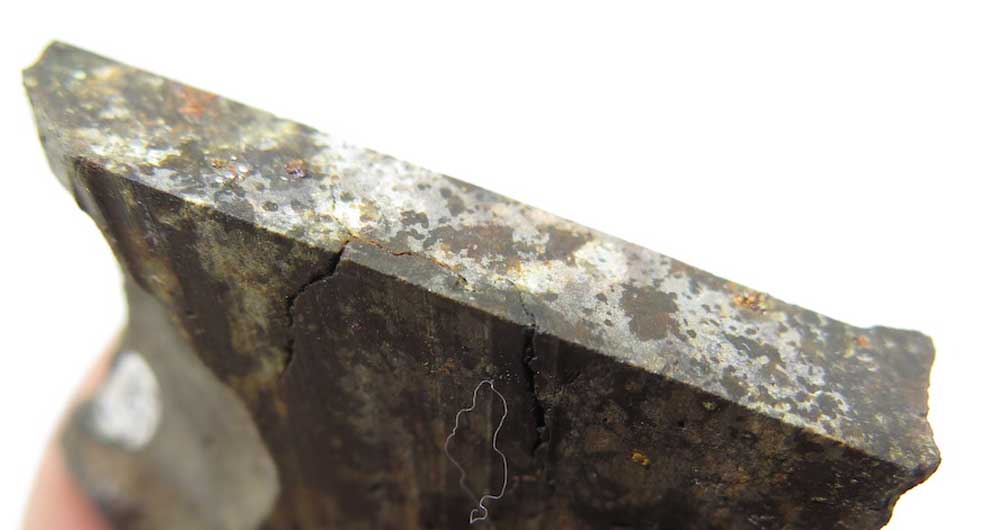 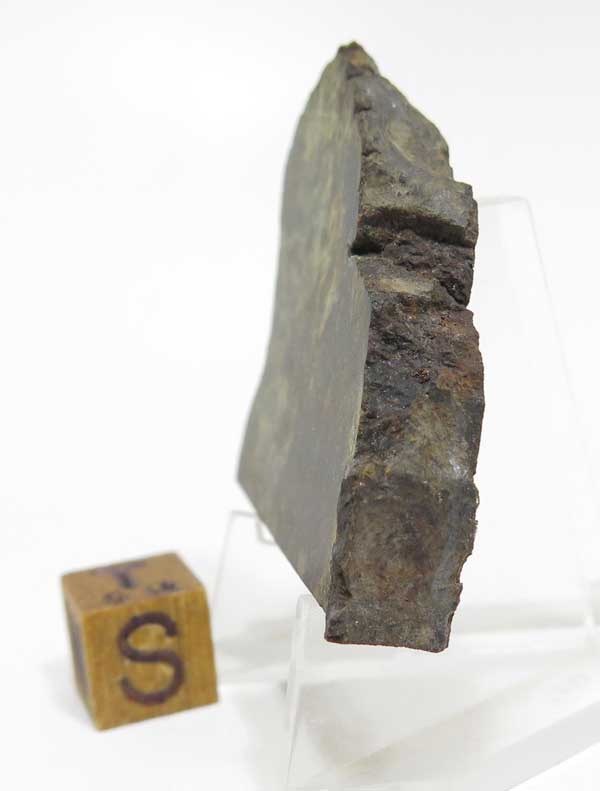 While Lost City gained international stardom immediately after arriving on earth, Blackwell was not even formally recognized as a meteorite until joining the Arthur R. Allen meteorite collection around 1934. In that small but influential collection, Blackwell hung out with like-minded space travelers especially those glossy achondrites from Pasamonte, New Mexico. In 1965, the Blackwell chondrite moved to Washington D.C. to live in the hallowed shelves and drawers of the Smithsonian Institution’s meteorite collection.

The Blackwell meteorite is one of only four meteorites that were witnessed to fall in the United States except not in a state proper. Frank Cressy calls these meteorites “Territorial Falls” in his landmark book From Weston to Creston: A Compendium of Witnessed US Meteorite Falls 1807-2016. This select group also includes two stones from Hawaii (1825 & 1949,) and one from Arizona (1897) that is presumed lost. 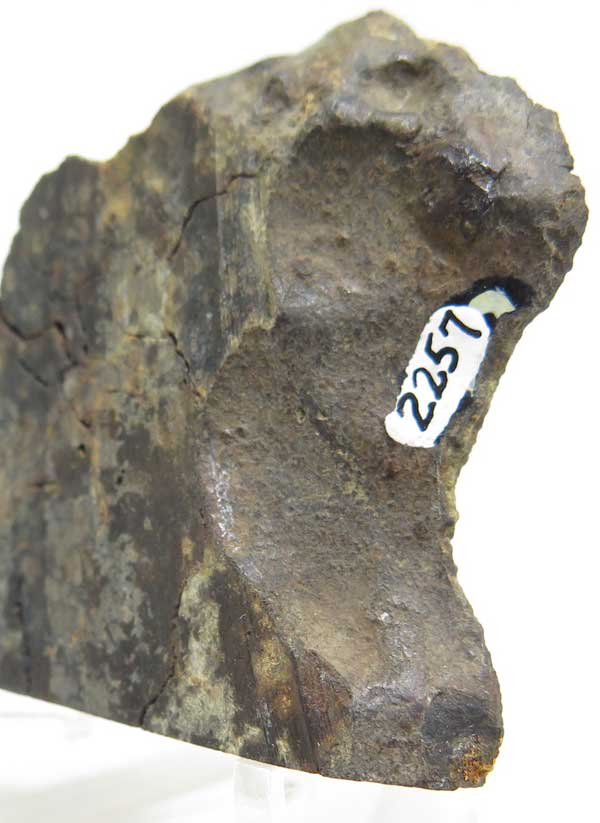 The crusted partial slice of Blackwell in my collection made a detour in its journey between the Smithsonian and me making two stops along the way. First, the James DuPont Collection and second, the James Schwade Collection. The Catalogue of Meteorites lists the global distribution as 2214g in the Smithsonian collection, and 43.4g in the DuPont collection. With my slice weighing 21.1 grams or nearly half the size of the listed DuPont piece, especially if you take cut loss into consideration, I assume mine is exactly half of that original DuPont slice.

Further, of the roughly three sides of my triangular slice, two are crusted, and one is a straight saw cut right through the largest axis. Therefore I suspect that my piece is one half of an original complete slice that resided in the DuPont Collection. Oh, and there’s the fact that it came to me directly from Jim Schwade with a Schwade Meteorite Collection specimen label indicating that he received it from the DuPont collection. 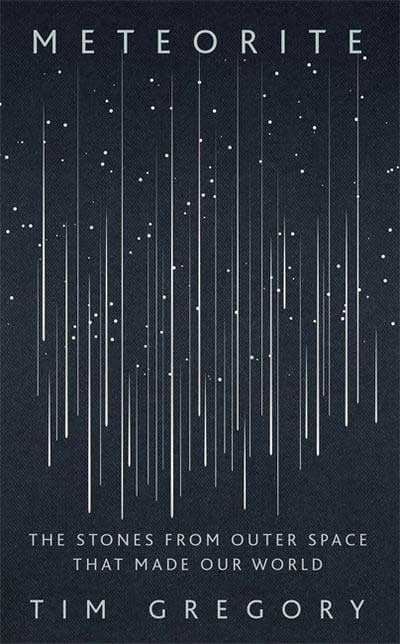 One of the interesting things when researching online a topic such as this is all the other connections that a Google search provides. For instance, a deeper search of ‘blackwell meteorite” turned up a British book vendor that sells a tome published  just a couple of weeks ago. That book company is named Blackwell and the book is titled Meteorite: The stones from outer space that made up our world. Wonderfully, it appears the book is actually about meteorites.

With Covid-19 still raging, it is my hope that this virus’s attack on humanity ends sooner rather than later. And that particular sooner is something we can all agree upon is a good thing.

Dr. Martin Horejsi is a Professor of Instructional Technology and Science Education at The University of Montana, Missoula. A long-time meteorite collector and writer, before publishing his column "The Accretion Desk" in The Meteorite Times, he contributed often and wrote the column "From The Strewnfields" in Meteorite Magazine. Horejsi is also the Lead Technology Reviewer for The National Science Teaching Association, and just celebrated his 22th year working with NASA and the JPL in education and public outreach (EPO), and is a NASA Solar System Ambassador. Horejsi specializes in the collection and study of historic witnessed fall meteorites with the older, smaller, and rarer the better. Although his meteorite collection once numbered over a thousand pieces with near that many different locations, several large trades and sales and trades have streamlined the collection to about 250 important locations with all but 10 being witnessed falls. Many of the significant specimens in Horejsi's collection are historic witnessed falls that once occupied prominence in the meteorite collections of Robert A. Haag, James Schwade, and Michael Farmer. Other important specimens were acquired through institutional trades including those from The Smithsonian Institution, Arizona State University, and other universities. Horejsi was awarded the Harvey (Nininger) Award in Tucson in 2006, The Brotherhood of Guardians of the Ensisheim Meteorite in 2011, a JPL Inspiration Person, on the JPL STARDUST Team that was awarded the Smithsonian Air and Space Museum Annual Trophy in 2008, and former board member of the International Meteorite Collectors Association, and the Northwest Council for Computers in Education.
PrevMeteor Crater 100th Anniversary
Aguas Zarcas 24.6 and 41.2 gramsNext