The Harriman file is much bigger than the others with few pictures but many letters detailing a long, convoluted and difficult negotiation with many players. It was carried out by an associate of Oscar Monnig, who goes by the name of Vega or Bunch, not his real name according to Dr. Ehlmann, a resourceful person who not only did not use his real name, but even resorted to using coded messages.

The first document in the file is this index card dated Spring 1933, the first sign that a meteorite had been found in Tennessee.

Not a very encouraging start, but Mr. Monnig was persistent, and when you were looking for any kind of information in the early 1930s, you wrote to the Postmaster! And that exactly what he did in April 1935:

Not encouraging either, but things soon improved, and by June the existence of the meteorite was confirmed and “Bunch” was on its trail although he didn’t seem to particularly like or trust the people he was dealing with.

And then the whole thing turns into a shell game with the meteorite as the pea. Who actually has the meteorite? Mr. Davis in Harriman says it is Mr. Parks in Chattanooga (locally called Ross Landing), or maybe E.L. Kenyon also in Chattanooga. Or maybe it is Dr. Cross, a pediatrician in Knoxville, or could it be his father, also a doctor. Some tell Mr. Monnig’s envoy, now signing Vega, that they have an offer on the meteorite, others deny it; either way “Vega” insists his offer remains $1 per pound, but only after he examines it. There seems to be no trust between anyone of those multiple players. But ‘Vega’ is not giving up, as he explains to Oscar Monnig in a long and convoluted letter.

By July Vega-Bunch is a bit more encouraging. He has heard from the Doctors Cross, father and son, who seem to know more than they initially let on, they advise him to be patient. And now the pea, hmm… the meteorite, is said to be with Mr. Parks. So while waiting, Vega-Bunch writes poetry, that he sends to Mr. Monnig.

By August the shell Game is heating up, and Vega-Bunch is resorting to sending a coded message to Oscar Monnig. Yes, finally, it seems that the meteorite has been located, but it does not mean that the holder of the pea will let it go. Oscar Monnig only wrote the translation of the first line, anyone care to try deciphering the rest?

The next day the news is discouraging: the doctors have located the meteorite, it is in Chattanooga but they had to hire a lawyer to help recover it. What follows is Vega-Bunch long diatribe about the legal system and local judges in what he considers to be back woods. But again the doctors tell him to be patient, so he waits. And by October, he is still waiting.

But by mid-October, he seems to be running of patience and goes to Chattanooga, where he gets information on some of the shell-game players. He now knows that Mr. Kenyon has the pea (meteorite) but the problem is finding Mr. Kenyon. He explains all that in a long letter to Mr. Monnig. Communications were indeed difficult in 1935!

In a follow up letter, he gives a few more details and introduces a new game player, a Mr. Hembree the actual finder of the meteorite, finally. But he is no closer to getting the meteorite as all those players are fighting between themselves, threatening to sue each other and probably lying. This very patient man, so far, now feels like he “could eat nails”.

And then, only a week later, this telegram: The shell-game is over; somehow the meteorite has been found and is on its way to Texas and Mr. Monnig’s office. Sorry, there is no explanation in the file as to how this happened so quickly.

And here it is finally, the whole Harrison meteorite, in a picture stamped on the back by the Smithsonian Institute, but not dated. 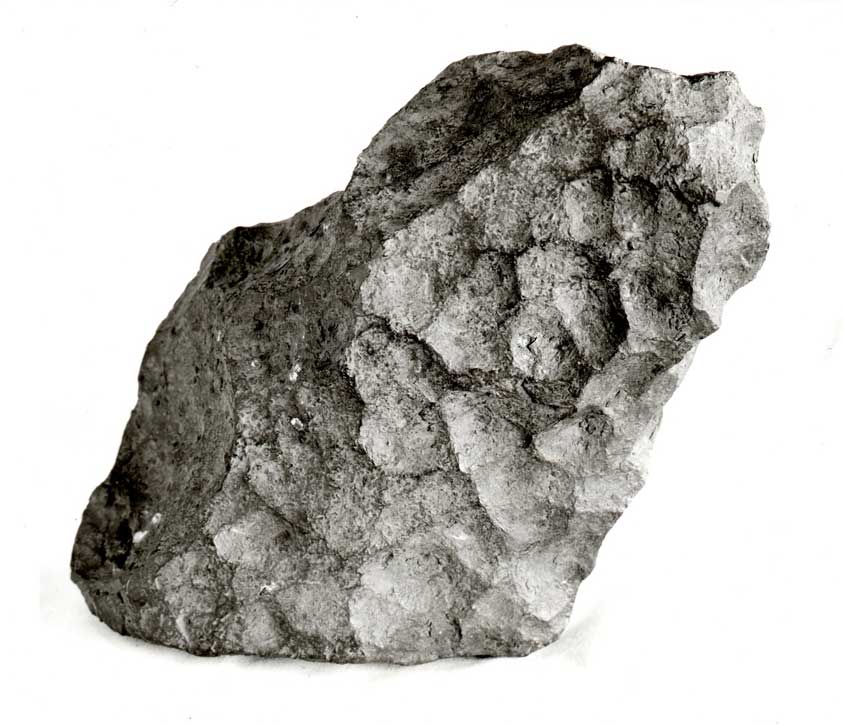 But as it is quite obvious by now, Mr. Monnig was a very thorough and persistent person, and he needed more information. We don’t know when he wrote to Mr. Hembree, the last person to join the shell-game, but in August 1950 he received this letter from the finder of the meteorite, who confirms that yes, indeed, he is the finder but seems to be just as baffled as everyone else about the rest of the story.

After all those troubles and tribulations, the Harriman meteorite is now comfortably settled in the Monnig collection, it has been classified as a fine Octahedrite, group IVA, with 7.96% nickel, and it has a beautiful sharp Widmanstatten pattern. 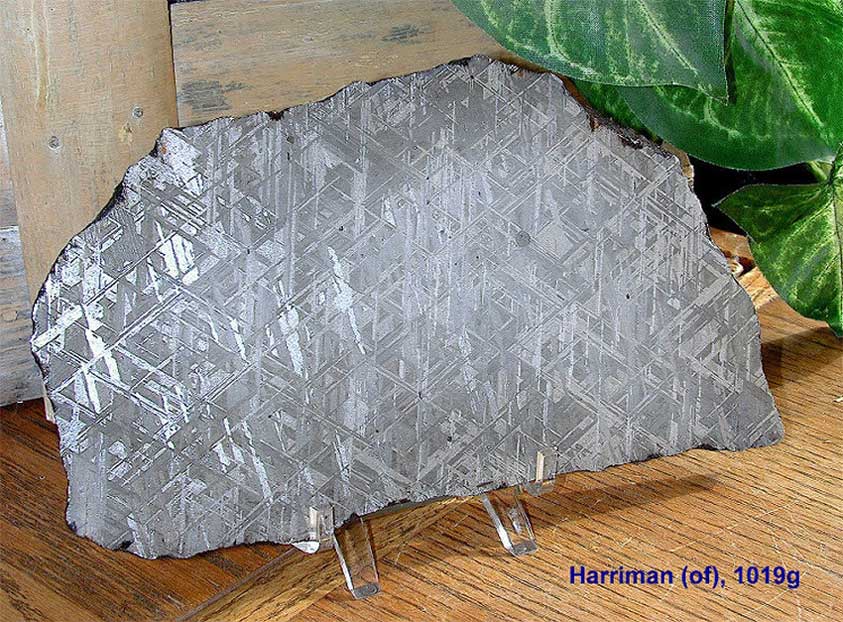 I am a French-native, who moved to the States many years ago. Being in Colorado, I discovered the Denver Mineral Show, and I met Dr Alain Carion, the French expert and I started helping him during the Denver Show. Eventually he got me interested in meteorites but I really learned all about them when he asked me to translate his book “Meteorites” into English. That led to many new things: translation of his second book on meteorites, of various articles and most of all it lead to the creation of my website: IMPACTIKA.com in 1998. As a full-time meteorite dealer I now attend the shows in Denver, Ensisheim and Tucson where I have my own showroom. Along the way I also participated in the creation of the International Meteorite Collectors Association, where I was elected and re-elected President, and wrote many articles that you will find on Meteorite-Times.com.
PrevMeteorite of the Month: Gibeon
A Sweet Chlum Moldavite DumbellNext