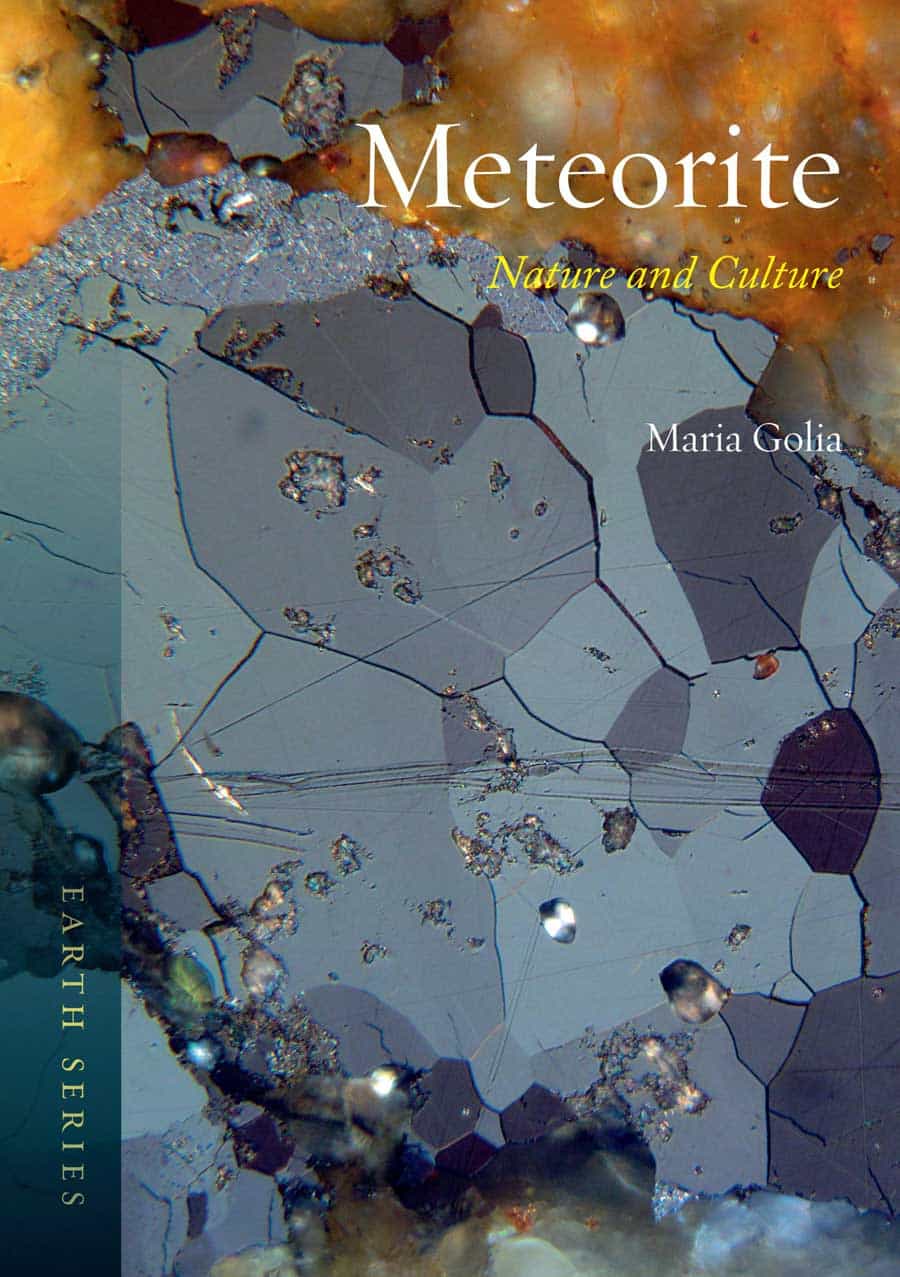 For over three decades I have been collecting, studying and writing about meteorites from the perspective of their impact on culture, society and science. So I’m more than a little excited about this book. Golia blends the magic of meteorites across time and ownership. The book is filled with stories, example, and exceptional pictures. At no time does it go overboard into heavy science which makes it a great read for the casual meteorite aficionado. Many of the colorful and large pictures are the work of my friend Tom Phillips who initiated the Micro Visions column in The Meteorite Times. 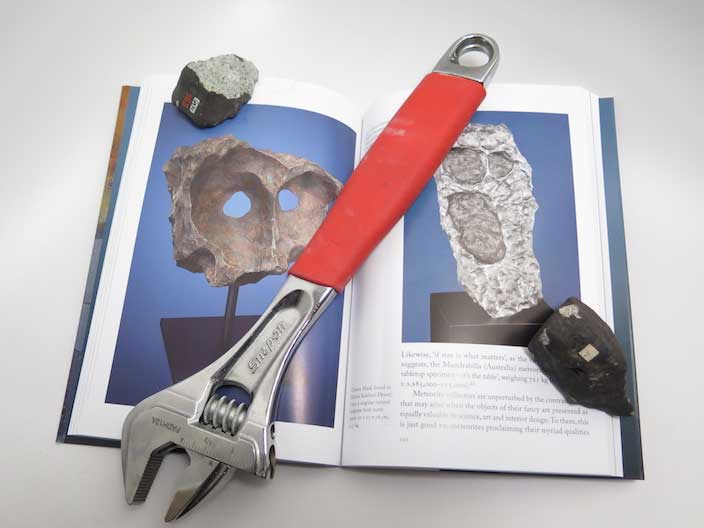 In fact the book is filled with the litterati and glitterati of meteorites, both intellectual and commercial. The tales of science are as thrilling to uncover as the auctions stories. Whether poetry, paintings, or pop culture, Golia drills home the interaction between everything meteorite in a precious tome of some 208 pages.

It’s not very often that a book such as Meteorite: Nature and Culture comes along. In fact, pretty much never. Here’s the dope from the publisher…

“Arriving amid thunderous blasts and flame-streaked skies, meteorites were once thought to be messengers from the gods. Worshipped in the past, now scrutinized with equal zeal by scientists, meteorites helped sculpt Earth’s features and have shaped our understanding of the planet’s origins. Meteorite tells the long history of our engagement with these sky-born rocks, which are among the rarest things on earth.

Scientists, scholars and enthusiasts have scoured the skies and combed Earth’s most unforgiving reaches for meteorites, contributing to a body of work that situates our planet and ourselves within the vastness of the universe. Prized for their strange and otherworldly qualities, meteorites are both collectibles and commodities, art objects and the objects of artists’ desires, while ‘meteorite hunting’ is an adventurous, lucrative profession for some and an addictive hobby for thousands of others.

This richly illustrated, wide-ranging account surveys the place of meteoritic phenomena in science, myth, art, literature and popular culture. Appealing to anyone interested in interplanetary space, in the uncanny and the marvelous, Meteorite explores the ancient, lasting power of the meteorite to inspire and awe.”

As a paperback, the retail price of $24.95 might seem on the high side compared to Richard Norton’s Rocks From Space 2ed. or Caroline Smith’s recent book Meteorites, the books is well worth it. Not as hard-fact filled as RFS, but if you want to understand the landscape of meteorites in the 21st century, then Golia’s book is your one-stop-shop to get you up to speed. But then again, with the inflation of out-of-print meteorite book prices, you would be happy to pay the $25 now than the $100 used price a few years in the future.

Meteorites are crying for attention, and have have been for centuries. Many have listened, but then muted the message when trying to broadcast the information to a wider audience. the but not since  Christopher Cokinos painted his picture back in 2009 with his “epic journey” of meteorites in his thick book The Fallen Sky: An Intimate History of Shooting Stars, has there been an attempt to sell the magic of meteorites to the very public that his been infinitely affected the the rocks from space that fall into our lives every year. Meteorites: Nature and Culture is the next chapter in our collective journey where the humble meteorite has brought us together for better or worse.

Dr. Martin Horejsi is a Professor of Instructional Technology and Science Education at The University of Montana, Missoula. A long-time meteorite collector and writer, before publishing his column "The Accretion Desk" in The Meteorite Times, he contributed often and wrote the column "From The Strewnfields" in Meteorite Magazine. Horejsi is also the Lead Technology Reviewer for The National Science Teaching Association, and just celebrated his 22th year working with NASA and the JPL in education and public outreach (EPO), and is a NASA Solar System Ambassador. Horejsi specializes in the collection and study of historic witnessed fall meteorites with the older, smaller, and rarer the better. Although his meteorite collection once numbered over a thousand pieces with near that many different locations, several large trades and sales and trades have streamlined the collection to about 250 important locations with all but 10 being witnessed falls. Many of the significant specimens in Horejsi's collection are historic witnessed falls that once occupied prominence in the meteorite collections of Robert A. Haag, James Schwade, and Michael Farmer. Other important specimens were acquired through institutional trades including those from The Smithsonian Institution, Arizona State University, and other universities. Horejsi was awarded the Harvey (Nininger) Award in Tucson in 2006, The Brotherhood of Guardians of the Ensisheim Meteorite in 2011, a JPL Inspiration Person, on the JPL STARDUST Team that was awarded the Smithsonian Air and Space Museum Annual Trophy in 2008, and former board member of the International Meteorite Collectors Association, and the Northwest Council for Computers in Education.
PrevThe 20th Anniversary Gold Basin Meteorite Celebration
Seymchan Meteorite – 355.9 Gram Transitional Part-SliceNext