The year 1969 was a pivotal point in the history of space science. The Allende CV3 carbonaceous chondrite fell on February 8, 1969 in Chihuahua Mexico, Apollo 11 landed on the Moon on July 20, 1969, and the Murchison CM2 carbonaceous chondrite fell on September 28, 1969 in Victoria, Australia. Sandwiched between all these incredible events was the Woodstock Music Festival held on August 15th thru 18th, 1969 in Bethel, New York- PEACE MAN!

The presence of extraterrestrially produced amino acids in the Murchison CM2 meteorite were confirmed a year later in a classic paper published in Nature by Kvenvolden K, Lawless J. et al. (see figure1, reference 1, photo 1). Decades later, the number of confirmed amino acids was determined to be at least ninety-six. (see reference 3). The detected Murchison amino acids were racemic in nature (50% D-isomer and 50% L-isomer) however, improved analytical techniques have determined that there is a slight excess of the L-isomer. (see references 2 & 3) Glycine, the simplest amino acid, has not only been detected in the Allende & Murchison meteorites but also in space. (see photos 1 & 2) NASA’s Stardust probe on January 2, 2004 flew through and collected particles from Comet Wild 2 for return to earth. On December 15, 2006, scientists announced that the Wild 2 samples contain the amino acid glycine. (See references 4 & 5) The European Space Agency’s (ESA) Rosetta Mission flew to Comet 67P/Churyumov-Gerasimenko and landed a probe named Philae on the surface of the nucleus on November 14, 2014. (See reference 6) On May 27, 2016 scientists confirmed the presence of glycine in the coma of Comet 67P/Churyumov-Gerasimenko (See reference 7) Glycine has also been confirmed in the interstellar dust clouds of Sagittarius-B2, Orion-KL and W5. (See reference 8)

Di-glycine (glycylglycine) was the first polymer of an amino acid to be detected in the Murchison meteorite. (See figures 2 & 3, reference 9) Improved analytical instrumentation such as the Matrix-Assisted Laser Desorption Time-of-Flight Mass Spectrometer (MALDI/TOF) utilizes a laser energy absorbing matrix to create ions from large molecules with minimal fragmentation. (See reference 13) A polymer amide with a molecular weight of 1225 Daltons (grams/mole) consisting of the amino acids’ glycine, alanine, and hydroxyglycine was detected in the Allende CV3 and Murchison CM2 carbonaceous chondrites. (See reference 9)

Another polymer of amino acids with a molecular weight of 4641 Daltons was detected in the Allende and Acfer 086 CV3 carbonaceous chondrites. The Acfer 086 CV3 was a find in Algeria. (See photo 3) To confirm that the amino acids and their respective polymers are indeed of extraterrestrial origin, scientists study the isotopic signature of various elements. Isotopes of an element differ only in the number of neutrons in the nucleus. The isotopes of deuterium 2H, 13C, 15N and 18O are enhanced in meteoritic amino acids. (See references 10 & 11)

The first extraterrestrially produced protein has been detected in the Allende and Acfer 086 meteorites by MALDI/TOF with a molecular weight of 2320 Daltons. This protein consists of chains of glycine and hydroxy-glycine residues terminated by iron, oxygen and lithium atoms. The protein was named Hemolithin- hem for iron and lithin for lithium. (See reference 12) The chemical structure of Hemolithin is shown in figure 4.

It has been determined that the 4641 Dalton polymer has a core molecule with a mass of 2320 Daltons containing two glycine strands each with a length of 16 to 17 residues. The isotopic signature of 54Fe and 6Li indicate an extraterrestrial source. Deuterium (2H) enrichments are above the terrestrial norm by 25,700 parts per thousand which also confirms an extraterrestrial origin from a proto-solar disc or molecular cloud. Individual glycine molecules may have formed on the surface of dust grains within warm molecular clouds that would have created the right conditions for these glycine units to begin forming into polymer chains and eventually proteins. The molecular clouds would ultimately condense to form asteroidal parent bodies. (See reference 12)

The discovery of an extraterrestrial protein has profound implications for the origin of life on earth. Amino acids can self-assemble in asteroidal parent bodies to form peptide bond polymers and ultimately proteins. Proteins perform many vital functions in living organisms. The terminal iron-oxygen-iron groups of hemolithin can absorb photons and split water into hydrogen and hydroxyl ions thus providing an energy source necessary for the development of life. The isolation and identification of protein structures in meteorites has just begun. Stay tuned for further developments. 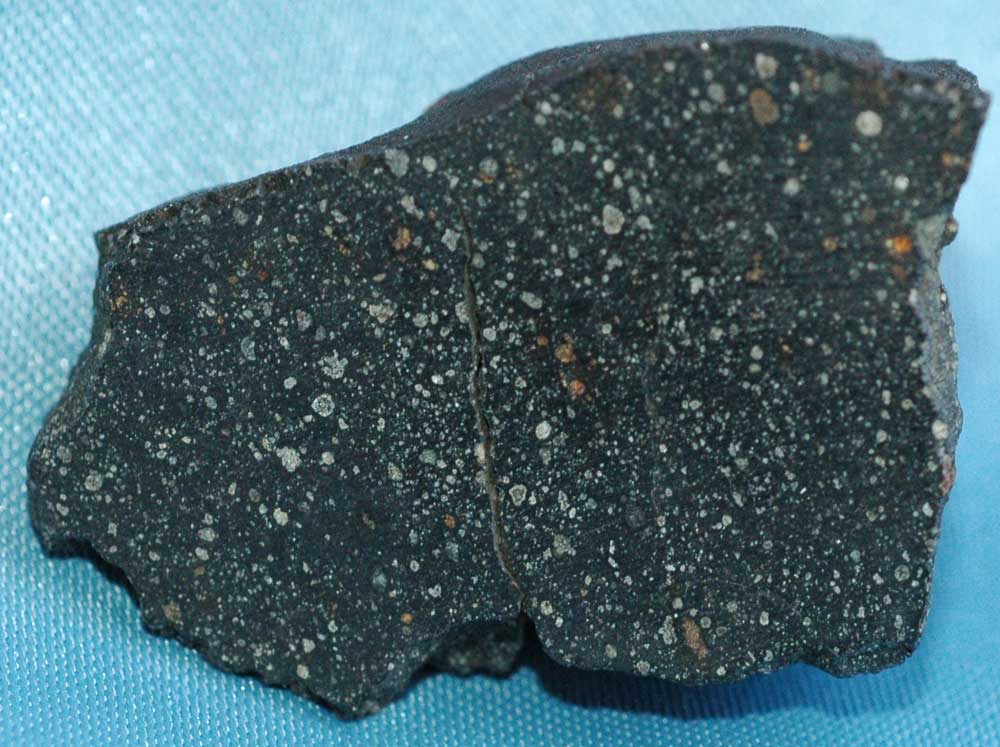 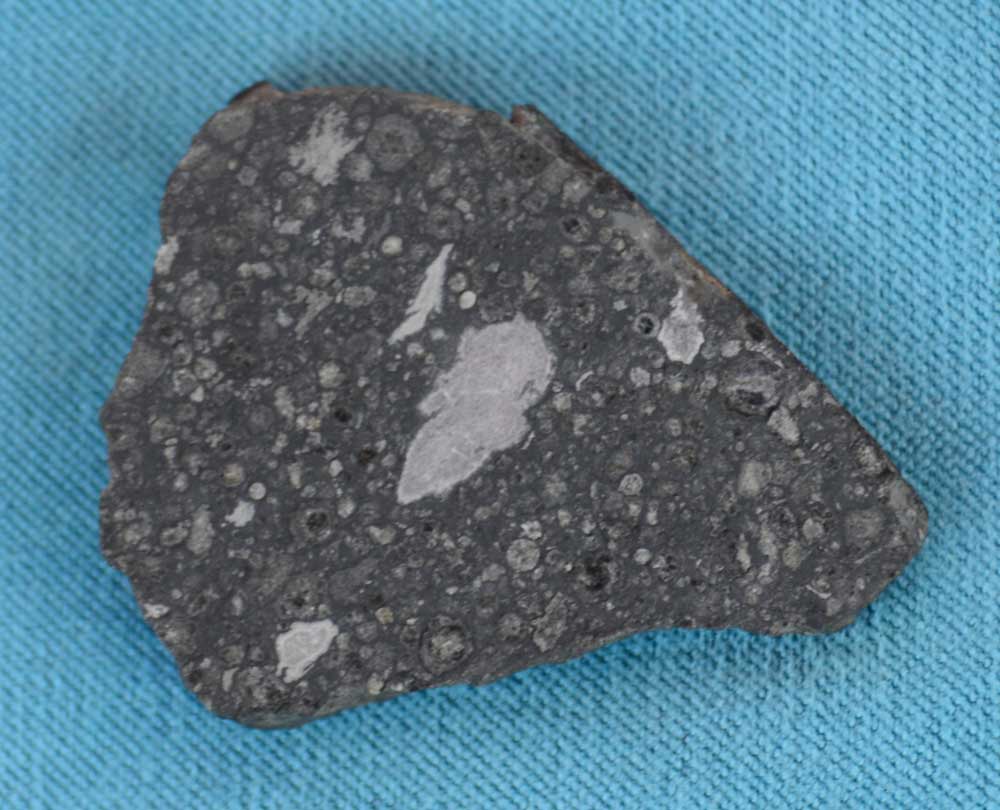 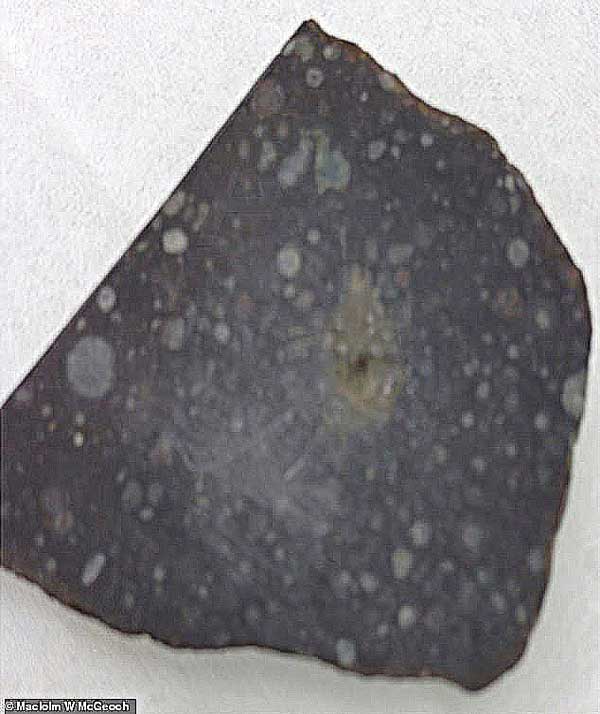 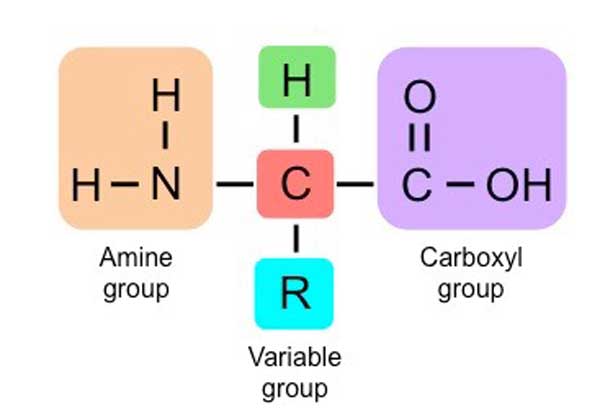 Figure 1: The general structure for an amino acid is a central carbon covalently bonded to an amino group, carboxyl group, a hydrogen atom (H) and a variable group (R) which defines each individual amino acid. Amino acids exhibit a property of handedness or chirality. The L-isomer is left while the D-isomer is right. Credit: https://ib.bioninja.com.au/standard-level/topic-2-molecular-biology/24-proteins/amino-acids.html 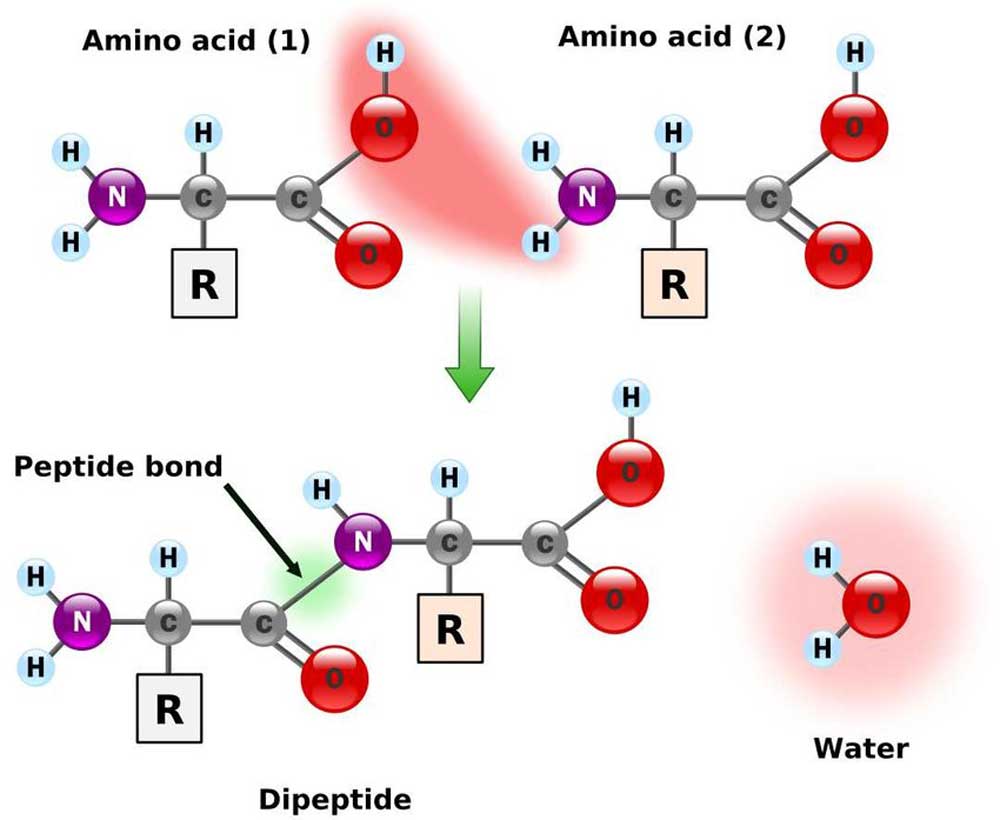 Figure 2: A peptide bond is formed between two amino acid molecules when the carboxyl group of one amino acid reacts with the amino group of the other molecule, releasing a molecule of water (H2O). The two amino acids joined by a peptide bond (-CO-NH-). Credit: https://en.wikipedia.org/wiki/Peptide_bond

Figure 3: Di-glycine or glycylglycine is a peptide consisting of two glycine molecules. This is the simplest peptide which was found in the Allende & Murchison meteorites. Since glycine has a hydrogen (H) as an R group, it does not exhibit chirality (i.e. there are no D & L isomers). Credit: https://en.wikipedia.org/wiki/Glycylglycine 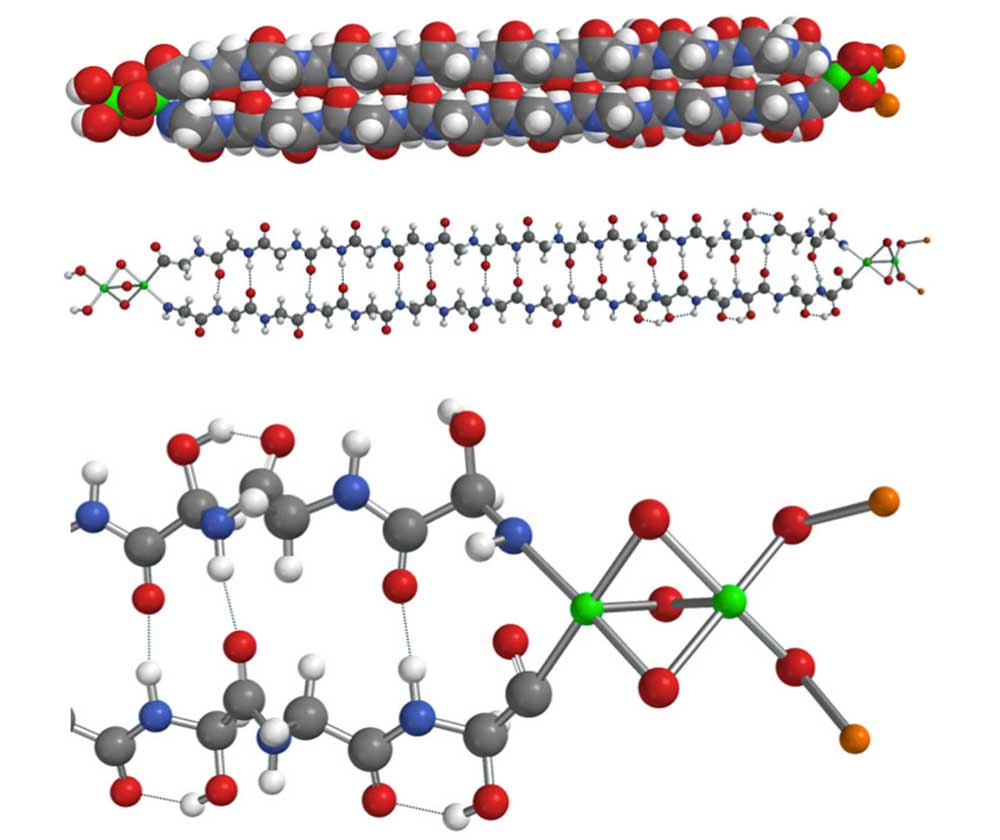 Gregory T. Shanos, PharmD, is a pharmacist by profession and NASA Solar System Ambassador by passion. Greg is an avid amateur astronomer and member of the St. Petersburg Astronomy Club (SPAC) Local Group of Deep Sky Observers (LGDSO) and Museum Astronomical Resource Society (MARS) in Florida. Greg’s interest in astronomy began in 1985 with the apparition of Halley’s Comet. His passion for meteorites began a year later when Sky & Telescope advertised authentic meteorites for sale. After purchasing three iron meteorites for a total of $60, he was hooked for life! Dr. Shanos has also published over 30 review articles in Meteorite magazine regarding organic compounds in meteorites. Greg has lectured extensively on various astronomical topics and has submitted observational data on meteors, comets and grazing occultations that have been published by the International Meteor Association, International Occultation Timing Association and Smithsonian Astrophysical Observatory. He has also participated in distributive computing projects such as SETI@home and Stardust@home. An avid eclipse chaser, Greg has witnessed thirteen total solar eclipses, three annular and the entire transits of Venus from Greece and Hawaii. Recent advances in digital technology have led Dr. Shanos into planetary and deep sky astrophotography. Other hobbies include playing folk and pop classics on my Guild D55 acoustic guitar. In addition, Greg has been studying the martial arts and earned his blackbelt in Mi Zong Long Horn, a Northern Shaolin Kung Fu System in 2007. Currently Greg is studying Chen Style Tai Chi and Yoga.
PrevYouTube Gold Basin Project
Erg Chech 002 Achondrite-ungNext