A Certain Type of Obsession

When I started meteorite collecting I knew all of one thing about meteorites, they are rocks from space. After getting my second, third and fourth meteorite, very shortly after getting my first meteorite, I knew I had to figure out where I was going with collecting meteorites. Early on I ran across an article by Geoff Notkin titled: HOW TO START A METEORITE COLLECTION. The article centered on the different focuses of collecting and after reading about the concept of type collecting, which he described as a monumental undertaking, I knew I had found my calling, monumental undertaking?… challenge accepted!

Several years into the type collecting I ran across a paper that had a decent listing of the known minerals found in meteorites, the paper was a touch dated at that point but it was a good read. So I decided to see just how many of the minerals in meteorites I potentially had represented in the pieces I had. I also decided it was time to flush out that minerals list and then start pursuing pieces to add to the collection that not only filled a meteorite classification type, but those that filled voids in my meteorite minerals types collection. That took a hefty bit of researching along three focus areas: independent research papers, using the MINDAT database, and searching the METBUL. This series will focus on all things types: type falls, type localities, sub types, petrology grades, and types of minerals be they in the meteorites or even terrestrial polymorphs created during impact.

Many individuals in the meteorite community are familiar with the term type fall. The type fall (or more accurately prototype since some of the groups are named after finds) is the location name of a meteorite for which distinct group characteristics are established and all similar meteorites are added to that group and are said to be of the type. Fewer folks may be familiar with the term type locality which is a term used in both geology and the collecting of rocks and minerals. Type locality is a term which centers on capturing and recording the first location from which a unique rock or mineral was identified.

TYPE LOCALITY VS. TYPE FALL VS TYPE NAME, WHATS IN A NAME ANYWAYS?

When it comes to type locality vs type fall (prototype) not all things are equal. In most scenarios when it comes to meteorites the first unique fall/find is what the classified group is named after, and would also represent the piece entered as the type locality. However there are some instances where the first of it’s kind is passed over during the meteorite group naming acceptance. For instance the Bencubbinites are named after Bencubbin, however this Australian find which gives the group its name was found four years after its fellow group member Weatherford, and links between the two being proposed as having a shared parent body well predate the acceptance of the group under the name Bencubbinites, so one might question why we don’t have Weatherfordites instead, and one could also reasonably say that Weatherford since studied in the same research could be considered to hold the title type locality though not given the credit for being the prototype. Likewise the very recently formed Loongana group (CL) of Carbonaceous chondrites takes it’s name sake from Loongana 001 a 1990 find, while the paper which made the group a reality contains and reclassified Coolidge a 1937 find into the group but did not make it the prototype, which very well might be for no other reason than having a (CC) group designation within the Carbonaceous Chondrites (CC) class might cause a bit of unnecessary head scratching. The Vestian suite of meteorites (howardites, eucrites and diogenites) suffer a similar issue since their names do not derive from the locations of any of their members, and yet there was a first of each that should rightfully be called the type locality. All of these groups will be the subject of articles in this series, to be interspersed with other writing interests (hoping for that next planned article interruption for a fresh U.S. fall!)

Starting off with anything new, it’s always good to kick things off on a high note, so I thought long and hard on a meteorite that has a little bit of everything going on. After a bit of deliberation I decided to highlight Allende. Allende checks off a couple of boxes related to this subject, and is a staple in most serious collections. So hopefully this will have you looking at your Allende in a bit of a new light. Allende all the way back to 1977 as proposed by Harry Mcsween should rightfully be the namesake of what is proposed as the CVOxyA subgroup, a split of the CV oxidized meteorites based on factors like matrix abundance, total metal abundance, Ni content, etc.. Recently the METBUL on the top level classifications began using the oxidized and reduced subtyping in the top level recommended classification (vice the previous mention in the body of the write-up) so maybe CVOxyA3 will one day be the updated recommended classification. Even if not viewed through the lens of having a subtype named after it, Allende has a prestigious pedigree of having produced an impressive list of new minerals. A quick look through the MINDAT write-up yields the following new minerals having been found in Allende:

So far in the meteorites I have looked up that is the longest list of type localities I have found in a single meteorite. 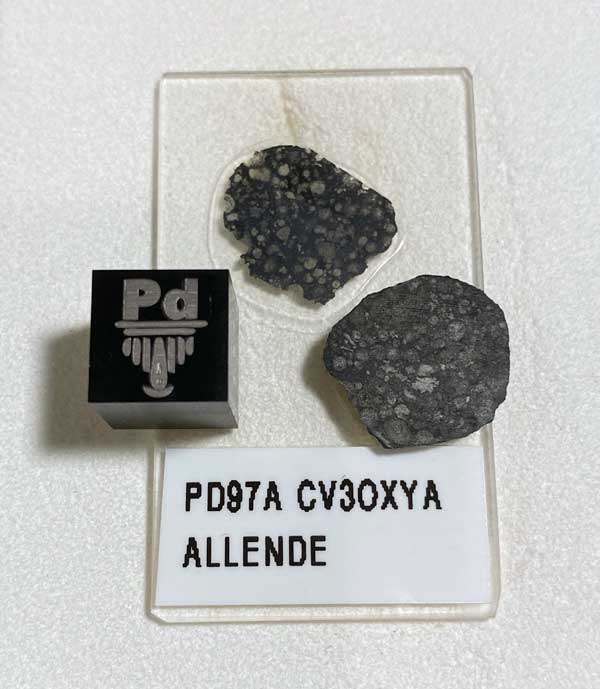 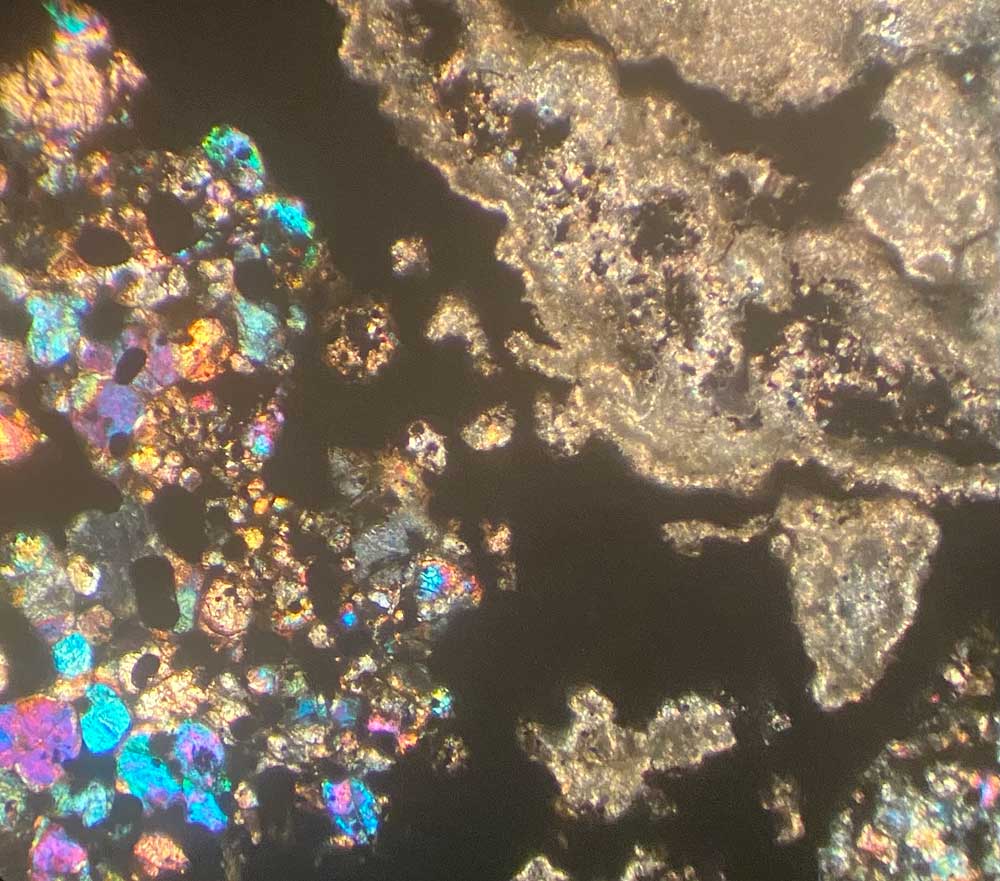 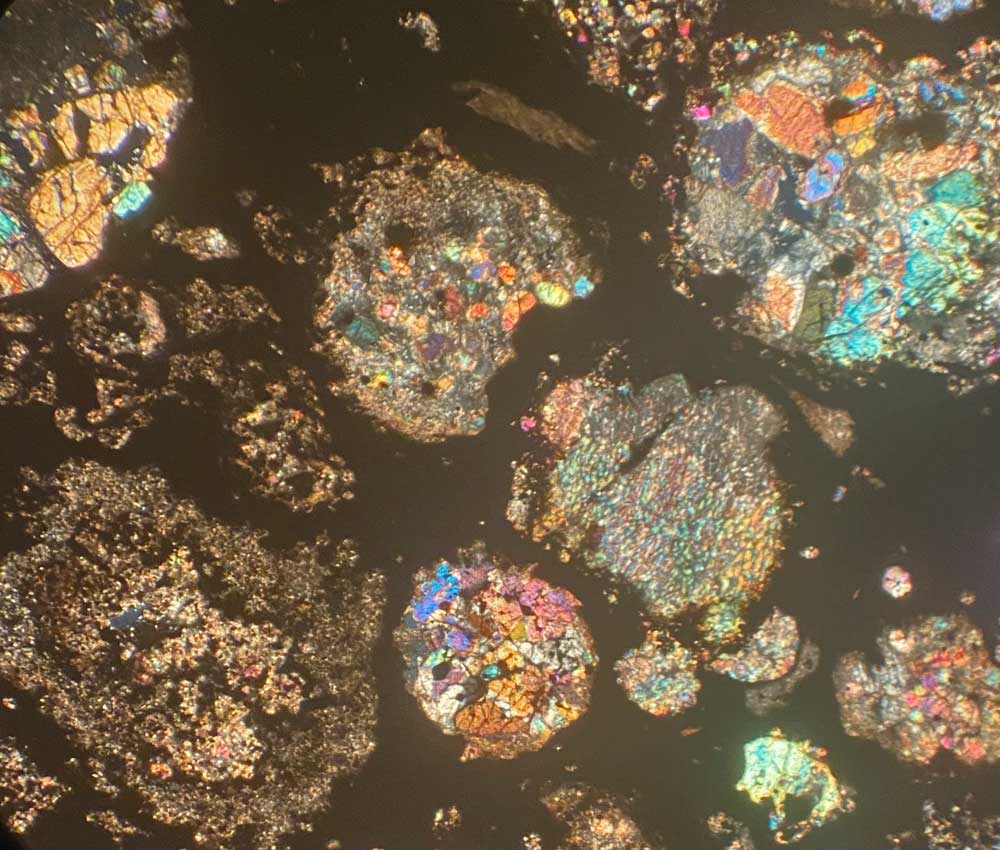 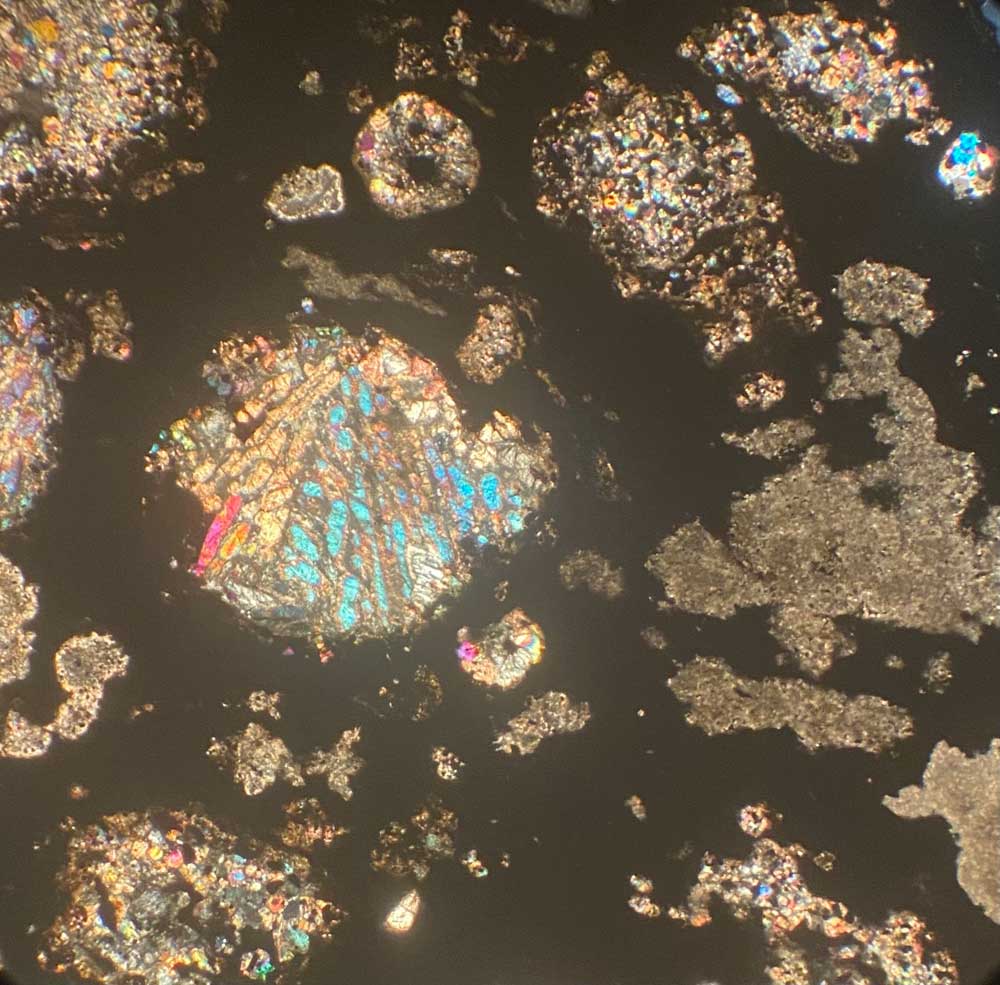 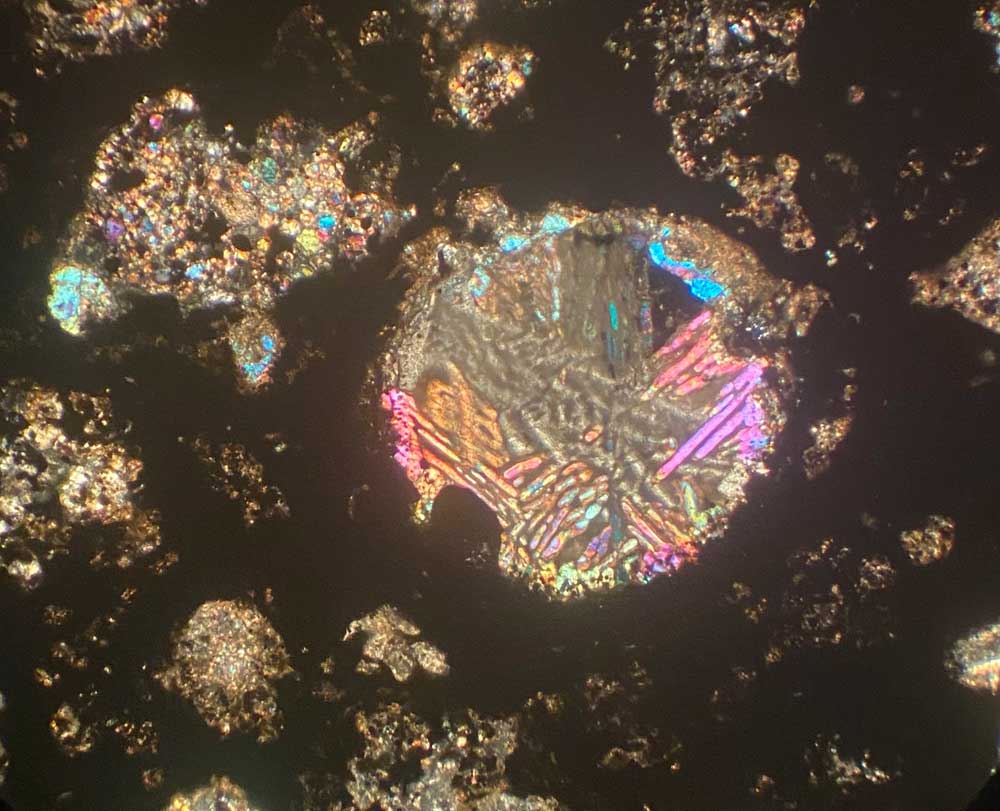 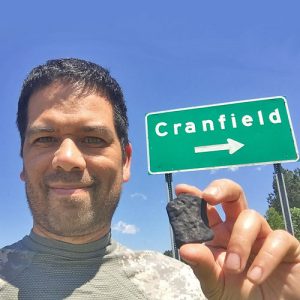 Michael refocused a lifelong geology passion towards meteorites and related materials over the last four years. He strives to get the “whole” meteorite experience, from hunting and collecting through preparation and restoration of specimens to classification and outreach. His favorite thing about meteorites is the people he has met along the way.
PrevOld Woman’s Knee, Ron N. Hartman, and NWA 400 Meteorites
Siena, Wold Cottage, L’Aigle, Soldani, Chladni, Baptiste-Biot, King and Howard contributed to starting MeteoriticsNext