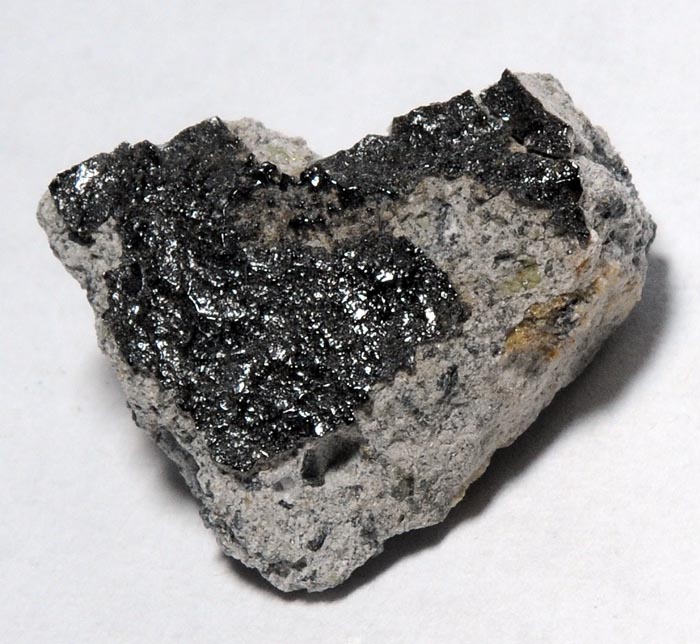 Washougal, when still a fireball, sailed over over a populated area during the daytime–two things that should have made recovery a simple matter. However, things don’t always work out as we would like since although the single known mass was recovered less than 24 hours after it fell, it still took more than six weeks before Washougal saw the light of science-long after it “had ceased to make news.”

When considering the time lag between fall and formal recovery, I think a term is needed for that conceptual gap between meteor and meteorite. In the attempt to coin a term, I put forth the word “meteorary” to be the stage of existence after a meteor, but before a meteorite. The ‘ary’ suffix means “like or connected with” so meteorary is something that is connected with a meteor and that something is the belief that there will be meteorites found in the future. But until found, the imaginary objects are said to be meteorary. 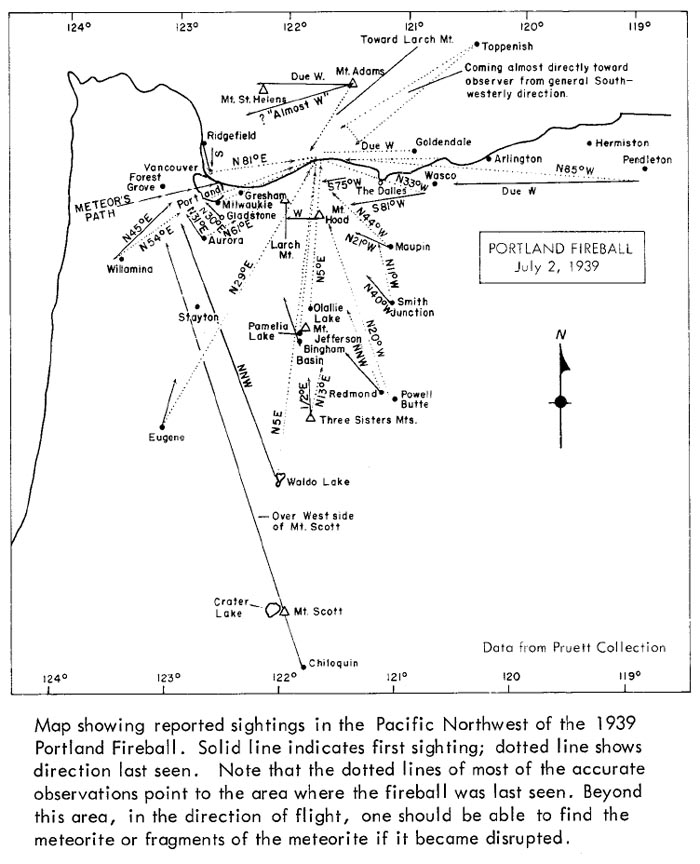 According to an article by Professor E. F. Lange that was published in The ORE BIN (vol. 30, No. 8),

“a spectacular fireball or meteor passed over Portland just before 8:00 a.m. Somewhat to the east of Portland the meteor exploded, causing many people to awaken from their Sunday morning slumbers as buildings shook, and dishes and windows rattled

No damage was reported. Several climbers on Mount Hood and Mount Adams reported seeing the unusual event. The fireball immediately became known as the Portland meteor and stories about it appeared in newspapers from coast to coast.”

“The Washougal meteorite is about the size of a tennis ball and weighs almost one-half pound. It has a light gray interior, throughout which are scattered many small nickel-iron particles. A fine, smooth, black fusion coating formed by its fiery passage through the atmosphere covers the entire surface.” 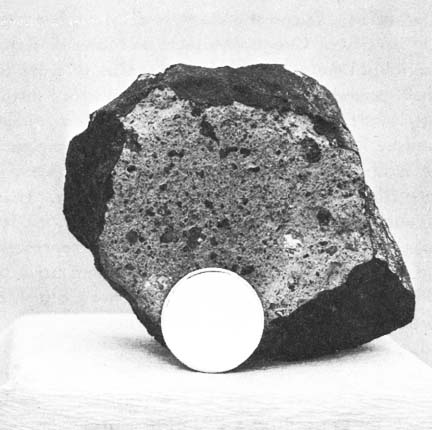 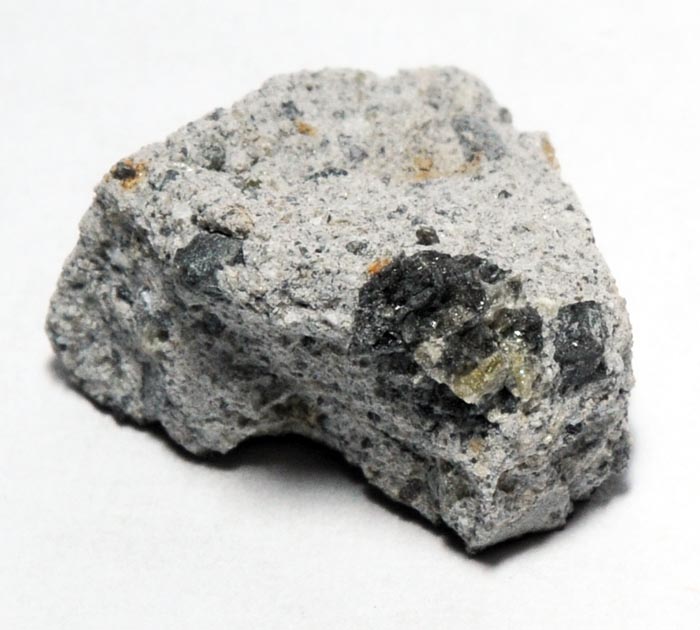 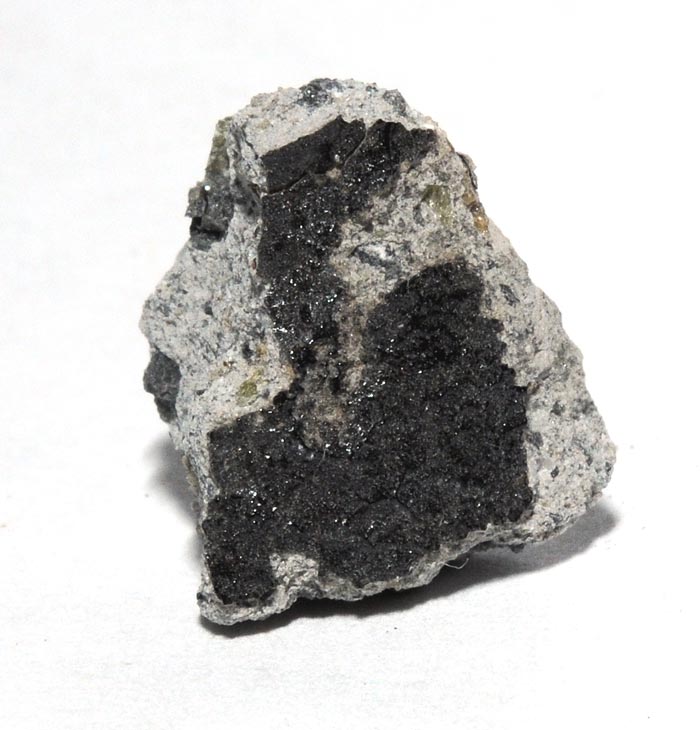 The case of the missing main mass…

After acquiring the specimen highlighted in this article, I realized that I had not only one of the very few pieces of Washougal in the world, but also a disproportionately large specimen given that the main mass of this fall is unaccounted for. The Catalogue of Meteorites lists the main mass as living at the University of Oregon which is in Eugene, Oregon. The Natural History Museum in London professes a 17g piece along with a gram of dust. Arizona State University claims 8.1g, and the Bartoschewitz Collection with one gram. However, I could not locate the main mass during an extended time at the University of Oregon. So I dug around in the literature.

Leaflet No. 165, published in November, 1942 by the Astronomical Society of the Pacific includes an article by J. Hugh Pruett titled The Portland Meteor and Resulting Meteorite. The article contains the following excerpt:

James Hugh Pruett, known as an amateur astronomer and a frequent contributor to Sky & Telescope magazine moved on to the next world in 1955. I’ve heard that the Washougal main mass resided in the museum at the University of Oregon, but even when allowed access to the back room-given that no such specimen was on display-nothing was found except a multi-pound rusty slab of the Willamette meteorite wrapped in a plastic bag.

The pebble of Washougal howardite in my collection represents a physical sample of worlds beyond ours, as well as a brief but important moment in meteoritics. Three things are often cited as key for meteorite recovery. First, there must be someone to recover the stone. Second, the amount of competing background rock must be low enough to make the task reasonable. Third, there needs to be the intellectual curiosity to pursue the unknown. In Washougal’s case, all three were present in abundance. But sadly the stone, at least for the moment, cannot return the favors.

Dr. Martin Horejsi is a Professor of Instructional Technology and Science Education at The University of Montana, Missoula. A long-time meteorite collector and writer, before publishing his column "The Accretion Desk" in The Meteorite Times, he contributed often and wrote the column "From The Strewnfields" in Meteorite Magazine. Horejsi is also the Lead Technology Reviewer for The National Science Teaching Association, and just celebrated his 22th year working with NASA and the JPL in education and public outreach (EPO), and is a NASA Solar System Ambassador. Horejsi specializes in the collection and study of historic witnessed fall meteorites with the older, smaller, and rarer the better. Although his meteorite collection once numbered over a thousand pieces with near that many different locations, several large trades and sales and trades have streamlined the collection to about 250 important locations with all but 10 being witnessed falls. Many of the significant specimens in Horejsi's collection are historic witnessed falls that once occupied prominence in the meteorite collections of Robert A. Haag, James Schwade, and Michael Farmer. Other important specimens were acquired through institutional trades including those from The Smithsonian Institution, Arizona State University, and other universities. Horejsi was awarded the Harvey (Nininger) Award in Tucson in 2006, The Brotherhood of Guardians of the Ensisheim Meteorite in 2011, a JPL Inspiration Person, on the JPL STARDUST Team that was awarded the Smithsonian Air and Space Museum Annual Trophy in 2008, and former board member of the International Meteorite Collectors Association, and the Northwest Council for Computers in Education.
PrevTungsten Mountain 533
Tektite LampNext