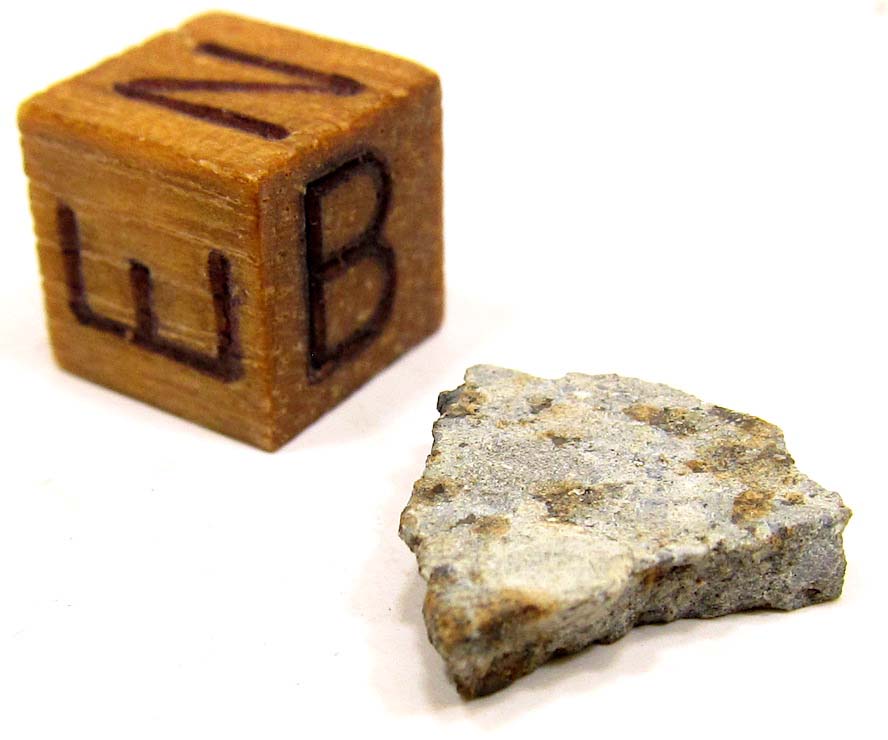 With cameras almost everywhere these days, capturing an event no matter how serendipitous, is almost expected. However, a meteorite whose fall is photographed is still a rare breed indeed. The list is a short one and all members on that list are desirable to collectors and scientists alike.

Lost City is probably the most famous of the scientific image captures, and Peekskill the first of video capture. And of course Chelyabinsk as the most dramatic. Pasamonte, New Mexico was the first to be captured on film in a lucky “grab shot” producing a very cool image. However, the honor of the very first meteorite fall deliberately captured on film for science goes to Příbram, an H5 chondrite that fell April 7th, 1959, more than a full decade before Lost City, almost two decades before Innisfree, Canada, four decades before Peekskill, and over half a century before the 2013 Chelyabinsk impact. So I consider Příbram not only a historic witnessed fall, but the most historically important photographed fall and thus the first “deliberately witnessed” meteorite fall.

I must admit that it’s been a while since I’ve been really excited about adding a new specimen to my collection. The kind of anticipation that is filled with worry that the meteorite was no longer available, or that it would get lost in the mail, or that some unforeseen consequence of our current global pandemic would prevent the transfer from one collection to another. 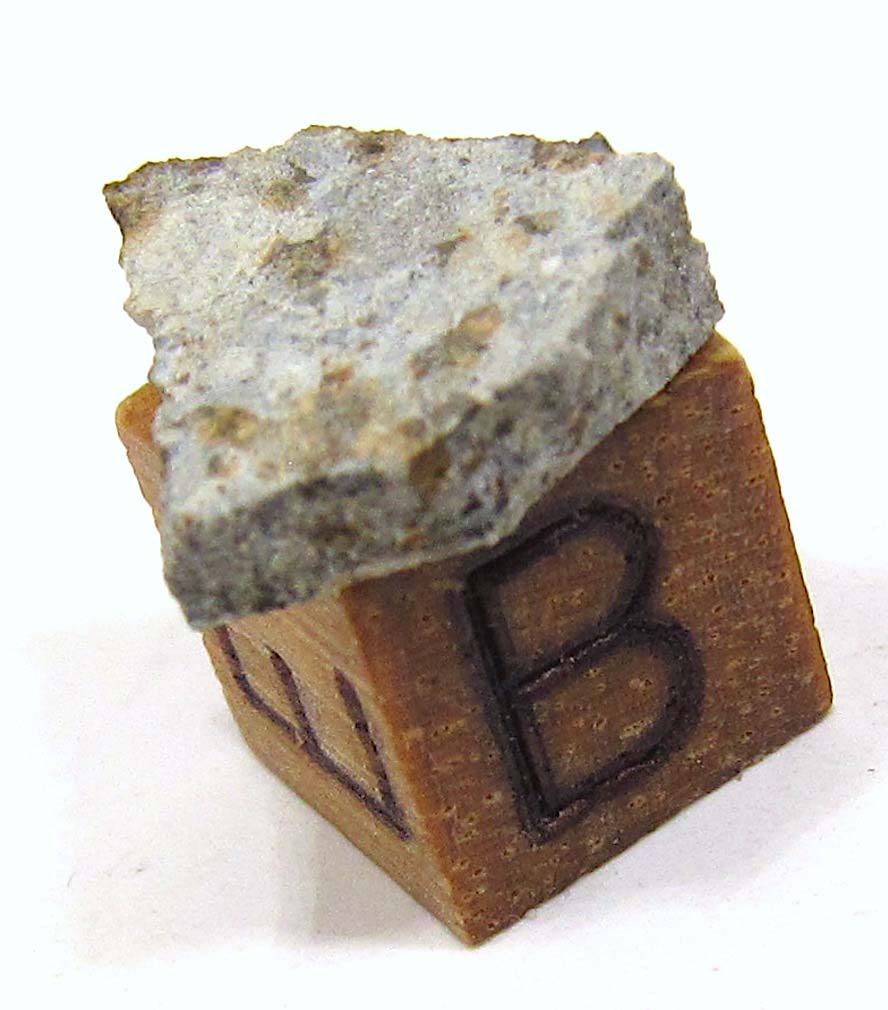 All my excitement started when Ruben Garcia offered an extensive and world-class listing of small specimens for sale from the John Schooler collection. John and his wife Earline were mineral and meteorite dealers who assembled one of the most extensive collection of rare, historic and important meteorites ever even if many of the specimens were sub-gram in size. As honorable dealers, the Schooler’s provided the best specimens for their customers while also amassing a stunning array of samples from across the world and across the centuries. But like all our collections, someday the stones and irons will be redistributed to the next generation of curators whether amateur or professional. In this case, John’s wife Earline Mae Schooler died in 2018 and shortly after John decided to close the doors on the business that he and Earline started in 1982.

Anyway, I dug through the pages-long listing of meteorites for sale with giddy excitement hoping something was going to jump out. So many of the specimens were once-in-a-lifetime offerings, and those collectors who specialize in esoteric or particular tangents of the meteorite collection field discover a treasure-trove of opportunity to get that unique location, or date, or letter of the alphabet or even classification. For me, I collect those meteorites whose fall lands firmly at the intersection of history, culture, and science. And there on the list was one of those illusive names that I’ve never seen offered before: Příbram! 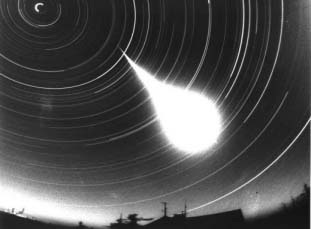 The Příbram fall created a spectacular fireball that was photographed by an all-sky camera at the station of Lysá hora in what is now the Czech Republic. The camera station was part of the European Fireball Network and a precursor to the United State’s Prairie Meteorite Network that captured the fall of the Lost City meteorite in 1970. The Prairie Meteorite Network operated 16 cameras for 10 years (1964-1974) and Lost City was the only meteorite recovered from that effort. And also like Příbram, Lost City is an H5 chondrite. Not all that surprising since the H5 are one of the most common meteorite types.

According to the Meteoritical Bulletin and based on communication between E. L. Krinov and scientists in the Czech Republic:

“The fall of the meteorite was accompanied by the flight of a bright bolide, observed in the Western part of Czechoslovakia. The locality was lit up over a distance of 50 km. At a height of about 13 km the bolide split into several parts. One powerful and several weak claps and rumbling were heard. The meteorite was found at approximately 300 metres from the projection of the traje­ctory of the bolide; it entered the plough land to a depth of 20 cm, bounced and fell at a distance of 30 cm.  The stone found is covered on all sides by dull black fusion crust.” 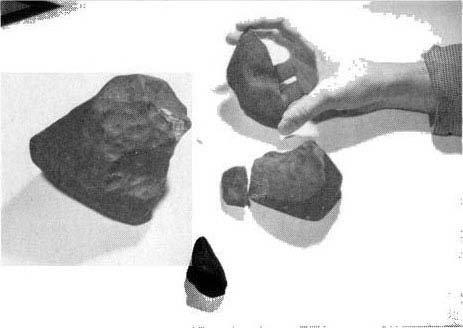 The four recovered pieces of Příbram totaled 5.56 kg and include 4.425 kg, 0.772 kg, 0.428 kg, and 0.105 kg. The distribution of Příbram according to the “Blue Book” has 4783 grams in the National Museum in Prague, 94 grams in the Smithsonian, 50.7g in Moscow, 17g in the Max Planck Institute, and 5.5g in the Museum of Natural History in London. So that puts some perspective on where my 1.1g partial slice fits into the global distribution. 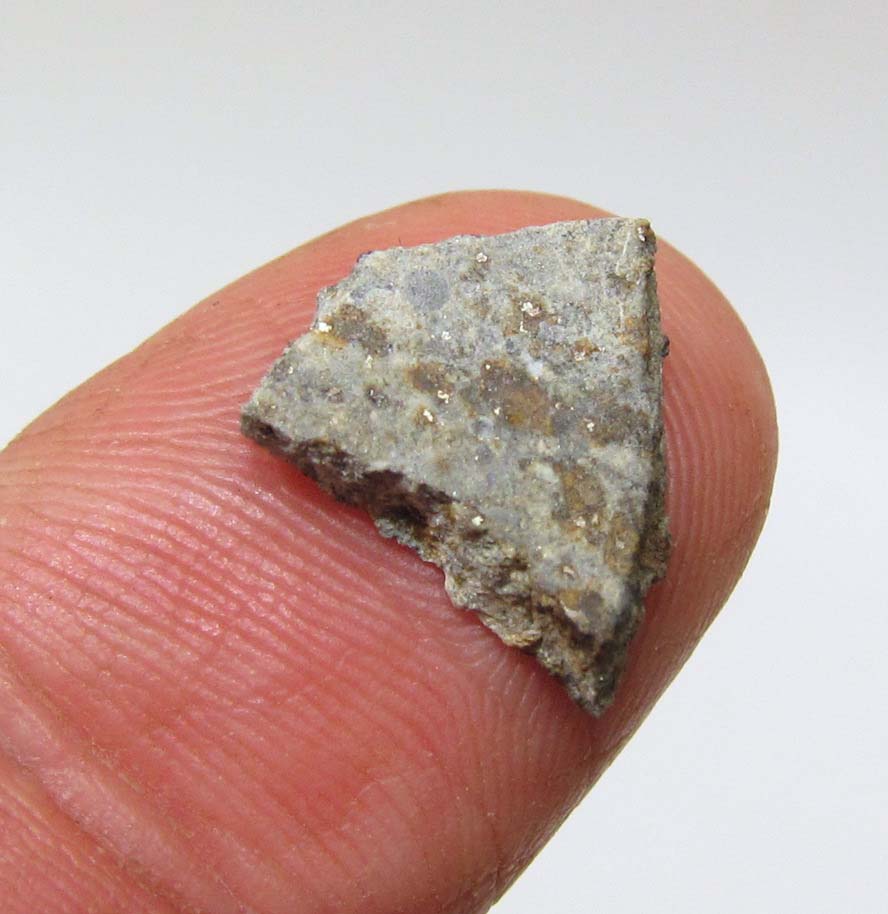 So while Covid-19 wages war with humanity on earth, Příbram once again made a bright flash in a dark night. And that’s what collecting meteorites is all about.

Dr. Martin Horejsi is a Professor of Instructional Technology and Science Education at The University of Montana, Missoula. A long-time meteorite collector and writer, before publishing his column "The Accretion Desk" in The Meteorite Times, he contributed often and wrote the column "From The Strewnfields" in Meteorite Magazine. Horejsi is also the Lead Technology Reviewer for The National Science Teaching Association, and just celebrated his 22th year working with NASA and the JPL in education and public outreach (EPO), and is a NASA Solar System Ambassador. Horejsi specializes in the collection and study of historic witnessed fall meteorites with the older, smaller, and rarer the better. Although his meteorite collection once numbered over a thousand pieces with near that many different locations, several large trades and sales and trades have streamlined the collection to about 250 important locations with all but 10 being witnessed falls. Many of the significant specimens in Horejsi's collection are historic witnessed falls that once occupied prominence in the meteorite collections of Robert A. Haag, James Schwade, and Michael Farmer. Other important specimens were acquired through institutional trades including those from The Smithsonian Institution, Arizona State University, and other universities. Horejsi was awarded the Harvey (Nininger) Award in Tucson in 2006, The Brotherhood of Guardians of the Ensisheim Meteorite in 2011, a JPL Inspiration Person, on the JPL STARDUST Team that was awarded the Smithsonian Air and Space Museum Annual Trophy in 2008, and former board member of the International Meteorite Collectors Association, and the Northwest Council for Computers in Education.
PrevMeteor Crater a Century Later
NWA 5206 LL3.05 MeteoriteNext