It was a good day for meteorites, but a bad one for a local resident of who’s funeral was in progress when the diogenite fell from the heavens. As if a loud disruption and falling rocks weren’t bad enough during the somber time, a 10kg chunk of achondritic asteroid mantle landed just a few paces from a chapel in a “hamlet” named Elwell that would later be incorporated into Johnstown, Colorado proper. 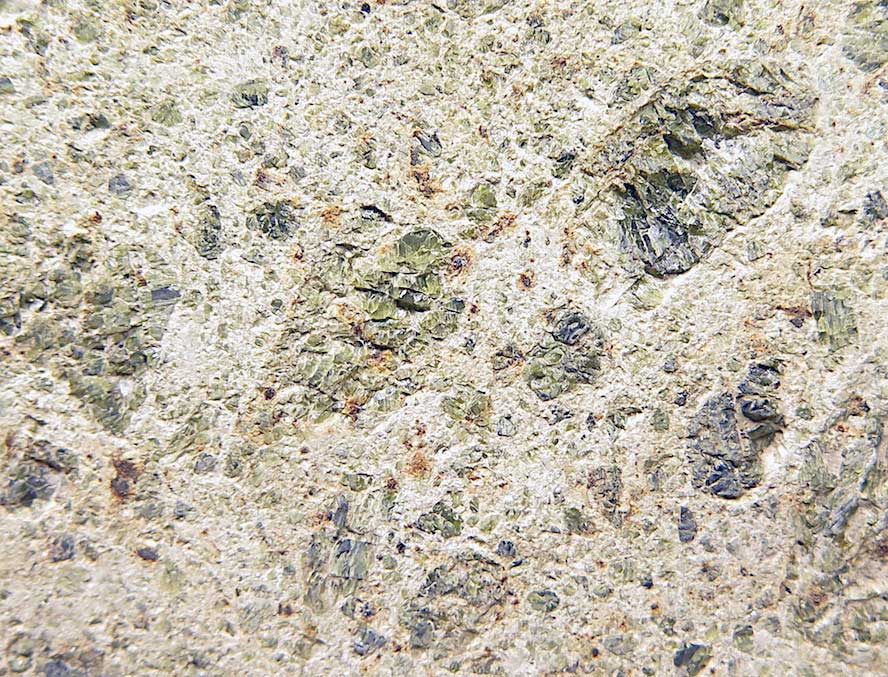 Johnstown is an achrondite stony meteorite of the diogenite class in the HED group. H, or howardites are a mix of diogenites and eucrites, with diogenites being the lower or deeper material in an asteroid, and eucrites being more surface originating. Diogenties, are named after Diogenes of Apollonia (not to be confused with any of the other dozen or ancient folks named Diogenes) who was first to publish an outer space origin for meteorites when he penned, “With the visible stars revolve stones which are invisible, and for that reason nameless. They often fall on the ground and are extinguished, like the stone star that came down on fire at Aegospotami.” 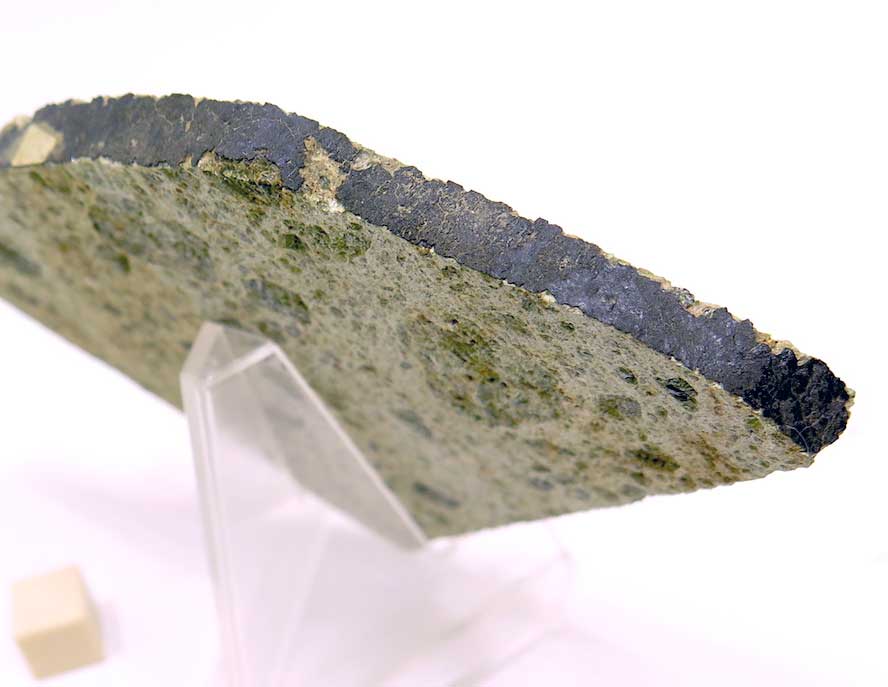 Way back in 2002, I wrote about a series of trades that began with a purchased etched slice of Gibeon and ended (thus far anyway) with an amazing crusted quarter slice of Johnston of similar weight. It was a surprising journey that makes good reading for those who like to savor the trade as much as the outcome. The story appeared here in the Meteorite Times back in 2003, but originally appeared in print in the first and only IMCA newsletter titled The Fusion Crust: Covering Meteorites and Their Collection. Back in 2002 when the Fusion Crust first appeared, I was on the Board of Directors for the IMCA, and decided that we needed a formal Newsletter filled with member’s meteorite stories. The first edition of The Fusion Crust was more a proof of concept, and took a long time to write and publish. I am sad, however, that it never continued. 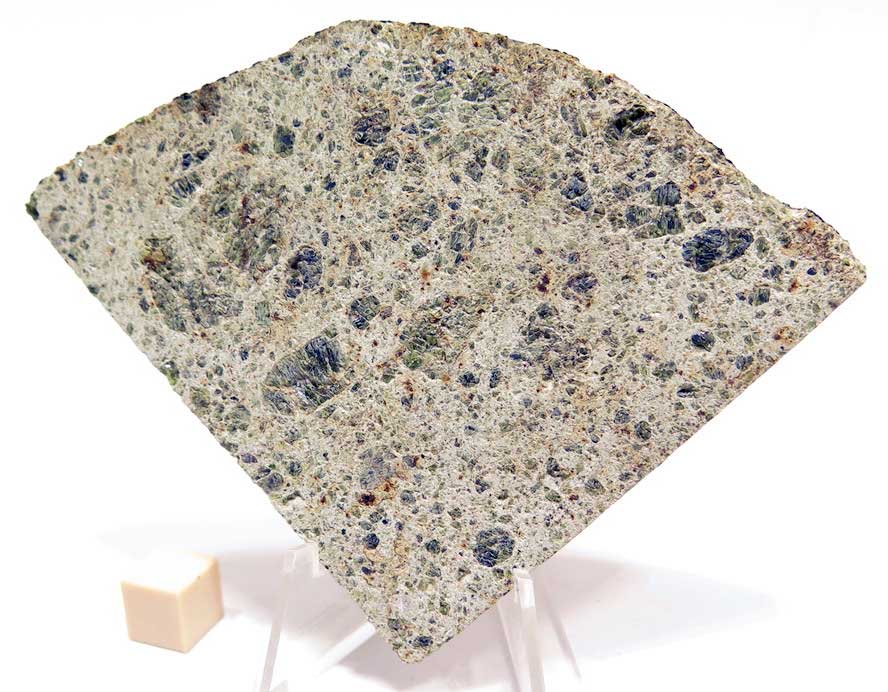 About twenty minutes after four in the afternoon on the sixth of July, 1924, a shower of stone meteorites fell through a clear blue sky. The descriptions of the fall included; Whistling, exhaust of an airplane, shrill screeches, thuds, thugs, thumps, staccato cracks like the noise of a machine gun, smells of sulfur, a loud sonic boom, the rumble of a distant battle, and the flare of a star shell.

Falling during a funeral, the religious overtones surrounding the arrival of Johnstown were too big to ignore. The synchronicity of the Johnstown meteorite event and the funeral procession all but demanded the attention of some of the more than 200 people attending the funeral and who witnessed the meteorite fall with either eyes, ears, or both. 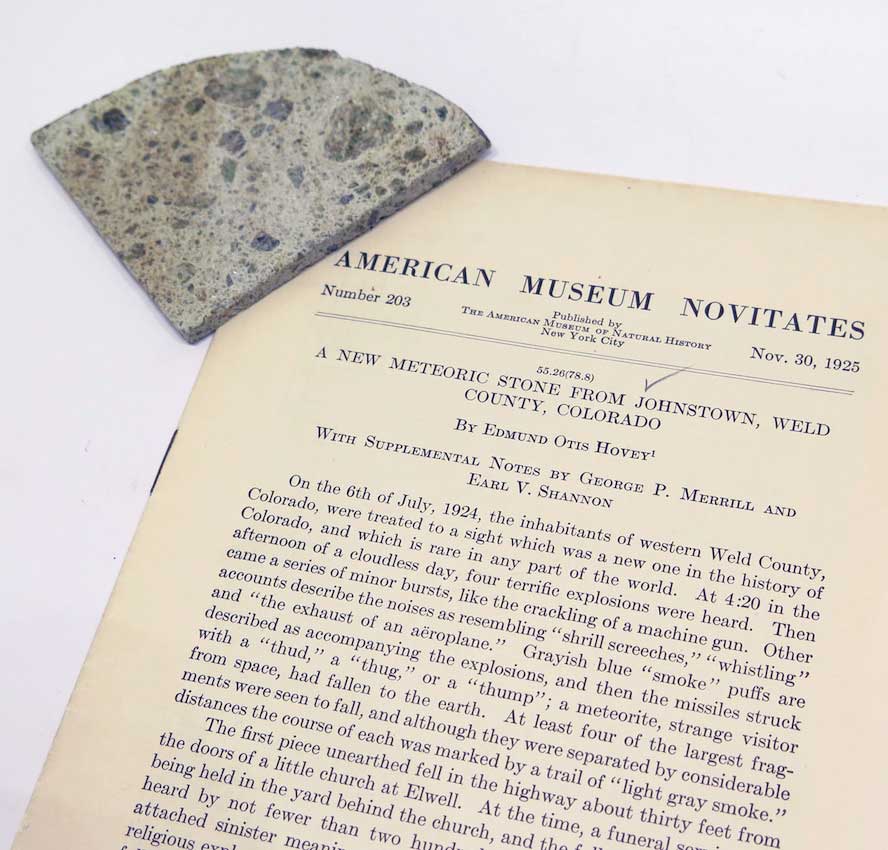 Immediately after the funeral service of John Moore Sr., the local undertaker, a Mr. H. A. Clingenpeel, dug up a mass of Johnstown that had buried itself during the funeral about two feet into the Colorado dirt. Robbing the recently departed meteoroid grave, Clingenpeel noted that the meteoric mass was quite cold even after 45 minutes that passed since it plunged into its new home. Although the mass was broken up by impact, the recovered weight was over 6.8kg.

Frank Cressy, in is astounding and essential book From Weston to Creston: A compendium of witnessed US meteorite falls 1807-2016, provides an extensive and detailed account of the fall of Johnstown and the subsequent exploration of the fall.

Taking the crater/burial analogy further, the traditional grave depth of six feet was almost reached, according to Cressy’s research, when a 23.5kg mass drilled itself into the earth to a depth of five and a half feet!

Personally, while I’m not in a hurry to leave this planet, I do envy fact that a meteorite fall marked the departing of Mr. Moore and was experienced by the large crowd who took the time and effort for a proper sendoff. 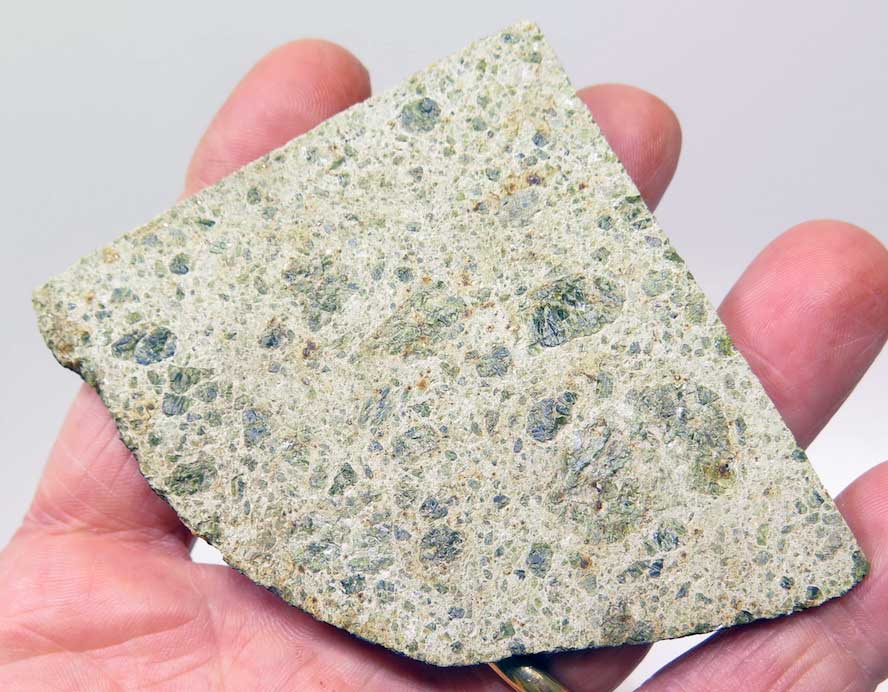 In the end, we are all merely just caretakers of our stones from the heavens. We should be able to appreciate their intrinsic worth from a distance as well as up close. While I am thrilled to have an exquisite crusted slice of the Johnstown diogenite in my collection, I am also well aware that Diogenes felt that the ownership of possessions was a trap, and thus when funeral time comes, as it will for us all, there should be no regret about what we did with our short stay on earth, and hopefully our magic stones from the stars only added goodness and awe to our lives.

Dr. Martin Horejsi is a Professor of Instructional Technology and Science Education at The University of Montana, Missoula. A long-time meteorite collector and writer, before publishing his column "The Accretion Desk" in The Meteorite Times, he contributed often and wrote the column "From The Strewnfields" in Meteorite Magazine. Horejsi is also the Lead Technology Reviewer for The National Science Teaching Association, and just celebrated his 22th year working with NASA and the JPL in education and public outreach (EPO), and is a NASA Solar System Ambassador. Horejsi specializes in the collection and study of historic witnessed fall meteorites with the older, smaller, and rarer the better. Although his meteorite collection once numbered over a thousand pieces with near that many different locations, several large trades and sales and trades have streamlined the collection to about 250 important locations with all but 10 being witnessed falls. Many of the significant specimens in Horejsi's collection are historic witnessed falls that once occupied prominence in the meteorite collections of Robert A. Haag, James Schwade, and Michael Farmer. Other important specimens were acquired through institutional trades including those from The Smithsonian Institution, Arizona State University, and other universities. Horejsi was awarded the Harvey (Nininger) Award in Tucson in 2006, The Brotherhood of Guardians of the Ensisheim Meteorite in 2011, a JPL Inspiration Person, on the JPL STARDUST Team that was awarded the Smithsonian Air and Space Museum Annual Trophy in 2008, and former board member of the International Meteorite Collectors Association, and the Northwest Council for Computers in Education.
PrevThe Northern Nevada Meteorite Hunting Trip of 2019
Viñales L6 158.4 gram end-cutNext