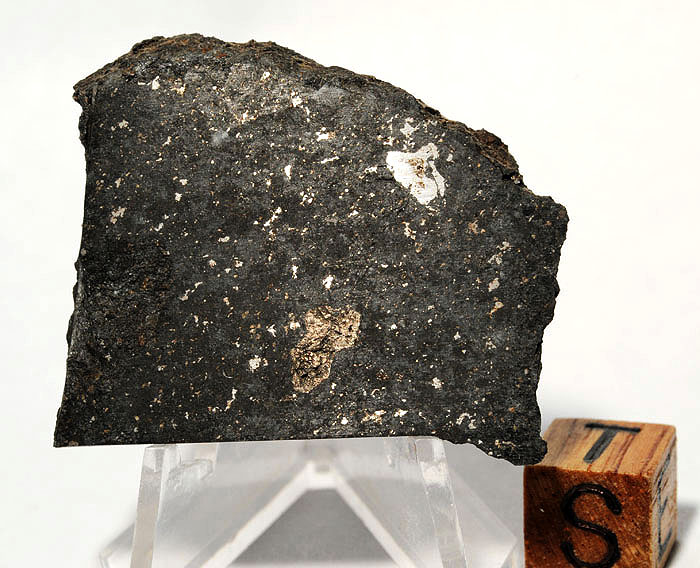 Algeria is a large place. Covering a portion of the globe roughly three and a half times the size of Texas, Algeria claims only seven meteorites whose falls were witnessed. Interestingly, four of the seven falls occurred during the 25 year period between 1865 and 1890 with two more falls in the 1940s, and the most recent landing in 1989.

In specific, the Tadjera meteorite fell at about 10:30 P.M. on June 9, 1867 about 15 kilometers southeast of the town of Setif in eastern Algeria.

Two stones from the Tadjera fall were recovered, totaling about 8 kilograms. Most of the material went to the Museum National d’Histoire Naturelle in Paris because Algeria was under the rule of France at that time, but, according to the late Brian Mason, “the meteorite is represented by small pieces in a number of collections.”

I am honored that one of those collections is mine. 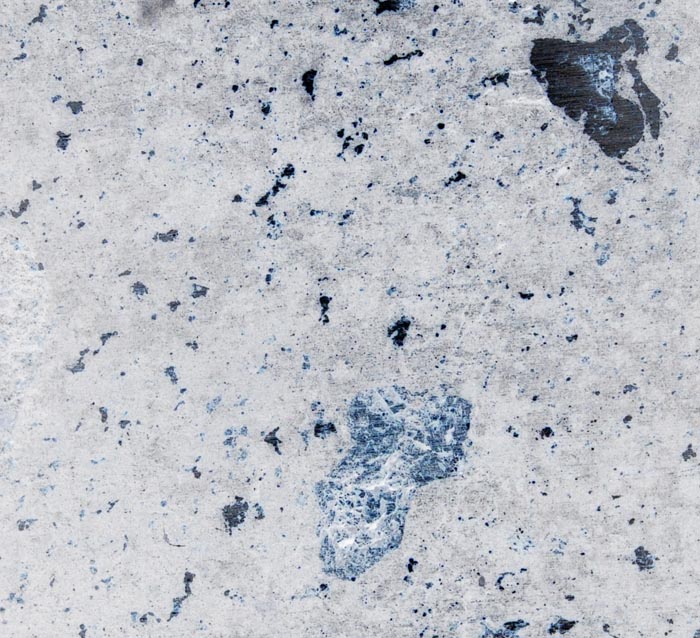 For a hot desert fall, Tadjera sure got around quickly. The famous meteorite scientist Gabriel-Auguste Daubrée (1814–1896) examined Tadjera in 1868. And three years later Stanislas Meunier used the chemical analysis tools of his day and assigned the Tadjera to a distinct type of chondrite that he named the “Tadjerite.”

Although chemical tests were done, the “classification” of Tadjerite was due mostly the physical characteristics of light reflectance (low) and the degree to which Tadjera resists breakage (high). 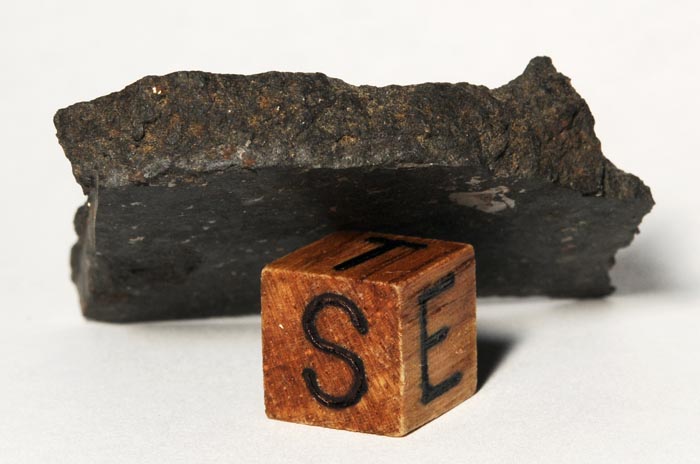 So specifically, according to Meunier, Tadjerites are identified by their black color and their hardness.

The Tadjerite class had only one member until the Farmington meteorite fell in Kansas in 1890.

However, the chemical connection between the two would have to wait another three quarters of a century.

And when that analysis was done, yet a third meteorite joined the Tadjerite clique, and that was Bath, South Dakota, a 1892 fall.

Interestingly, when the late Dr. Mason was studying Bath in 1966, it piqued his interest and he went back to the lab to study Tadjera since the initial analysis of the stone was somewhat primitive given the standards of the day. 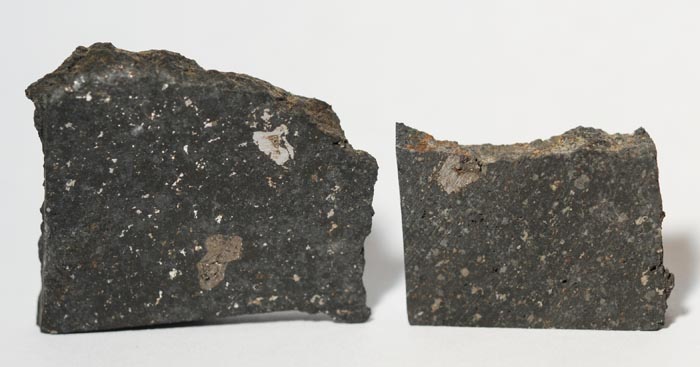 According to Mason, “The black color, the highly indurated condition, the disseminated troilite, and the disordered pyroxene all suggest that the Tadjera meteorite was subjected to intense shock some time during its extraterrestrial history.”

This is all very interesting given that Farmington has attracted attention because of its short cosmic-ray exposure and a prime suspect in a gang-related drive-by shooting on the Moon in June of 1975.

Oberst (1989), suspecting that Farmington “may have been a member of a large meteoroid swarm which was detected by the Apollo seismic network” described the circumstantial evidence in the case as, “The association implies that the parent body of the Farmington meteorite was in an Earth-crossing orbit at the time the swarm was formed. This supports the idea that at least some meteorites are derived from the observable population of Earth-crossing asteroids.”

The three fall dates of potential Tadjerites, 1867, 1890 and 1892 are an curious cluster. Given the proximity in time and space of the Tadjera, Farmington, and Bath falls as well as their similar chemical tattoos and other gang colors, it is likely that they shared the same ‘hood’ prior to tagging the Moon. 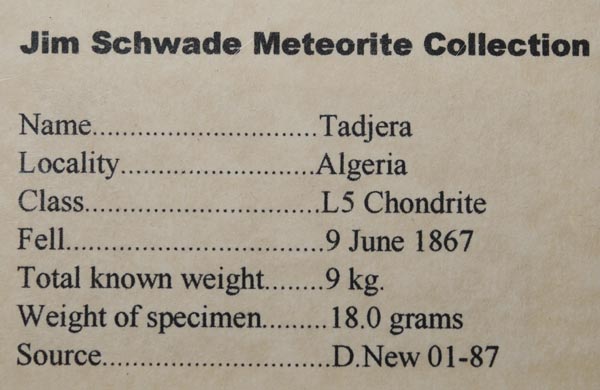 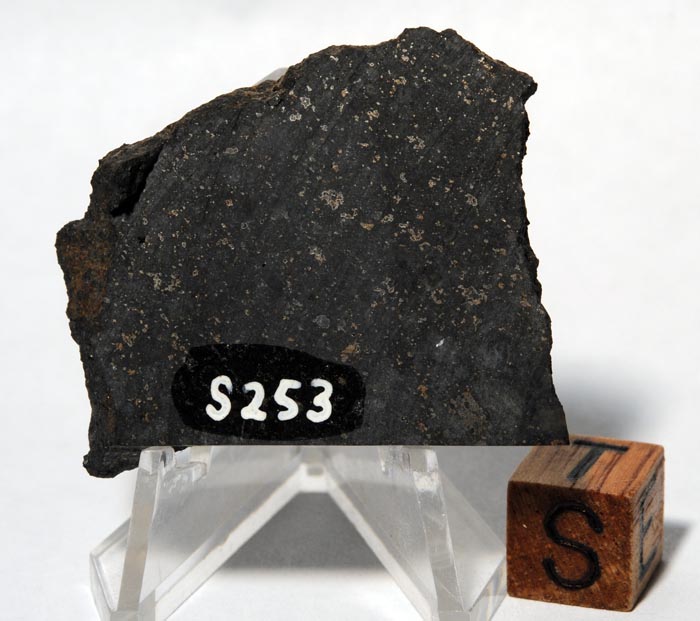 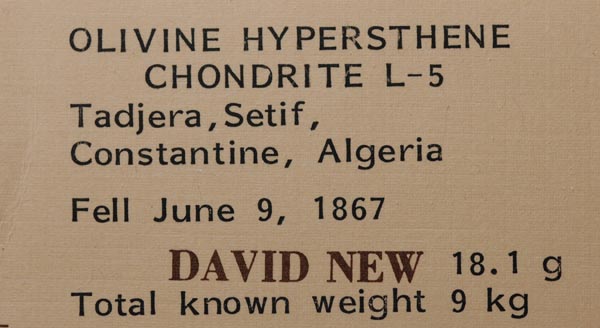 Tadjera is one of those specimens that entered my collection more through convenience than desire.

Yes, I did choose the specimen from a list, and yes, it was because of the historic fall date and low TKW of this fall, and yes, the fact that the name Tadjera was one I had not come across before (which is always exciting), but the coincidence that I acquired it just as the proliferation of hot desert material was at a crescendo and that this stone claimed Algeria as home did give me pause.

However, in hindsight I have grown comfortable with the knowledge that I can love a hot desert chondrite as much as anyone else.

It’s just that my love is for is a 143 year-old hot desert witnessed fall that for a brief time, was its very own meteorite class..

Dr. Martin Horejsi is a Professor of Instructional Technology and Science Education at The University of Montana, Missoula. A long-time meteorite collector and writer, before publishing his column "The Accretion Desk" in The Meteorite Times, he contributed often and wrote the column "From The Strewnfields" in Meteorite Magazine. Horejsi is also the Lead Technology Reviewer for The National Science Teaching Association, and just celebrated his 22th year working with NASA and the JPL in education and public outreach (EPO), and is a NASA Solar System Ambassador. Horejsi specializes in the collection and study of historic witnessed fall meteorites with the older, smaller, and rarer the better. Although his meteorite collection once numbered over a thousand pieces with near that many different locations, several large trades and sales and trades have streamlined the collection to about 250 important locations with all but 10 being witnessed falls. Many of the significant specimens in Horejsi's collection are historic witnessed falls that once occupied prominence in the meteorite collections of Robert A. Haag, James Schwade, and Michael Farmer. Other important specimens were acquired through institutional trades including those from The Smithsonian Institution, Arizona State University, and other universities. Horejsi was awarded the Harvey (Nininger) Award in Tucson in 2006, The Brotherhood of Guardians of the Ensisheim Meteorite in 2011, a JPL Inspiration Person, on the JPL STARDUST Team that was awarded the Smithsonian Air and Space Museum Annual Trophy in 2008, and former board member of the International Meteorite Collectors Association, and the Northwest Council for Computers in Education.
PrevMeteorite Collecting Broadening the Experience
Anda TektiteNext