The fall of the Murchison meteorite on September 28, 1969 in Victoria, Australia is perhaps one of the most serendipitous events in the history of science. (See photo 1) This single meteorite has revolutionized our understanding from the formation of the solar system to the origins of life on Earth. This information is contained in a single element namely carbon!

Organic molecules such as amino acids, carboxylic acids, fatty acids, nucleotides and sugars have been identified in this magnificent meteorite. See Figure 1. Living terrestrial organisms utilize amino acids to form the building block of proteins, fatty acids in forming cell membranes and nucleotides to build the genetic code. Sugars are utilized as a source of energy and in forming the backbone of RNA & DNA. Chemically sugars are a group of compounds with several hydroxyl (-OH) groups attached to a carbon skeleton. See Figure 2 The most abundant three carbon sugars identified in the Murchison meteorite are dihydroxyacetone, glycerol and ethylene glycol.

A recent paper from Yoshihiro Furukawa et al entitled: Extraterrestrial ribose and other sugars in primitive meteorites published in PNAS | December 3, 2019 | vol. 116 | no. 49 | 24445 is available online at https://www.pnas.org/content/pnas/116/49/24440.full.pdf. The authors confirm the sugars D-ribose along with D-arabinose, D-xylose, D-lyxose and dihydroxyacetone were produced extraterrestrially in the Murchison CM2 carbonaceous chondrite. See Figure 2.  Sugars such as ribose are essential as a building block for RNA. In addition, two terrestrialized meteoritic finds NWA 861 and NWA 7020 CR2 were also analyzed. (See Photo 2 &3). NWA 861 was found in 2001 and NWA 7020 was found in 2011. Scientists are now able to determine extraterrestrially synthesized molecules in meteoritic finds using the δ13C technique. δ13C is a measure of the ratio of stable isotopes 13C: 12C, reported in parts per thousand (per mil, ‰). Organic compounds formed in the cold environments of space are typically 13C rich with δ 13C values greater than zero, while terrestrial organics derived from biology are much lighter in their carbon isotopic composition with δ 13C values less than zero. See Figure 3 & Table 1.

The authors analyzed the Murchison CM2 and NWA 861 & NWA 7020 CR2 carbonaceous chondrites via gas chromatography/mass spectroscopy. This instrument separates individual organic compounds from a complex mixture and then determines their mass and chemical structure. Four 5-carbon sugars (pentoses) were detected namely ribose, arabinose, xylose and lyxose in concentrations of 2.3 ppb to 11 ppb (parts per billion) from NWA 801 and 6.7 ppb to 180 ppb from the Murchison meteorite. Unfortunately, no sugars were detected in NWA 7020 since they were below the detection limit (<0.5ppb) of the instrumentation.

The δ 13C values of ribose and xylose in NWA 801 and ribose and arabinose in Murchison exhibited significant 13C enrichment ranging from +8‰ to +43‰. However, xylose in Murchison was lower at -1‰. The δ 13C positive values of the extraterrestrially produced sugars are clearly distinct from biologically synthesized sugars from algae, higher plants and secondary producers which have negative values ranging between -32‰ to -1‰. See Table 1.

Carbonaceous type asteroids such as Ryugu and Bennu can potentially serve as the parent body for such meteorites. NASA’s OSIRIS-Rex mission https://www.nasa.gov/osiris-rex is currently orbiting and mapping asteroid Bennu with a sample return mission in mind. Sometime during the summer of 2020, the OSIRIS-Rex spacecraft will touch Bennu’s surface to collect a sample the surface regolith for return to Earth. The sample of Bennu’s surface is scheduled to arrive back to Earth in 2023. JAXA’s Hayabusa 2 spacecraft http://www.hayabusa2.jaxa.jp/en/ has already collected samples of asteroid Ryugu and is currently headed back to earth and scheduled to arrive in December 2020. Future analyses of pristine samples returned from these two asteroids will provide the first opportunity to measure the extent of extraterrestrially synthesized organic molecules on a parent body. 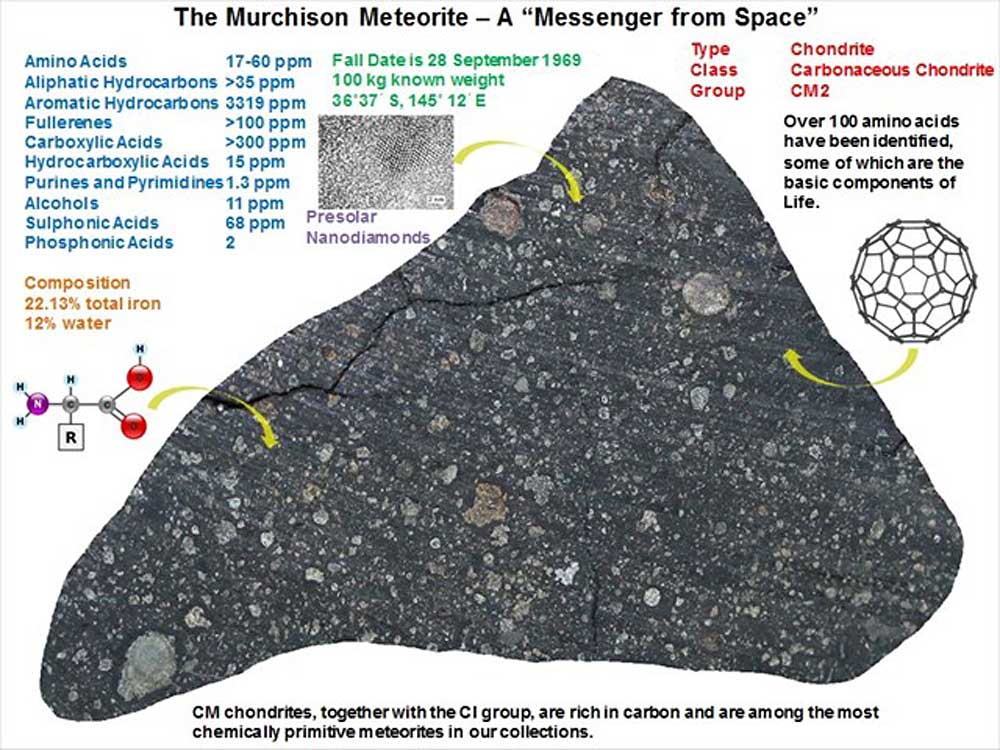 Figure 1: Summary of Organic and Inorganic compounds detected in the Murchison Meteorite. https://www.geocaching.com/geocache/GC6EK8H_murchison-meteorite-the-building-blocks-of-life?guid=994f64f6-12c5-4449-a1b8-4cc2653c3559 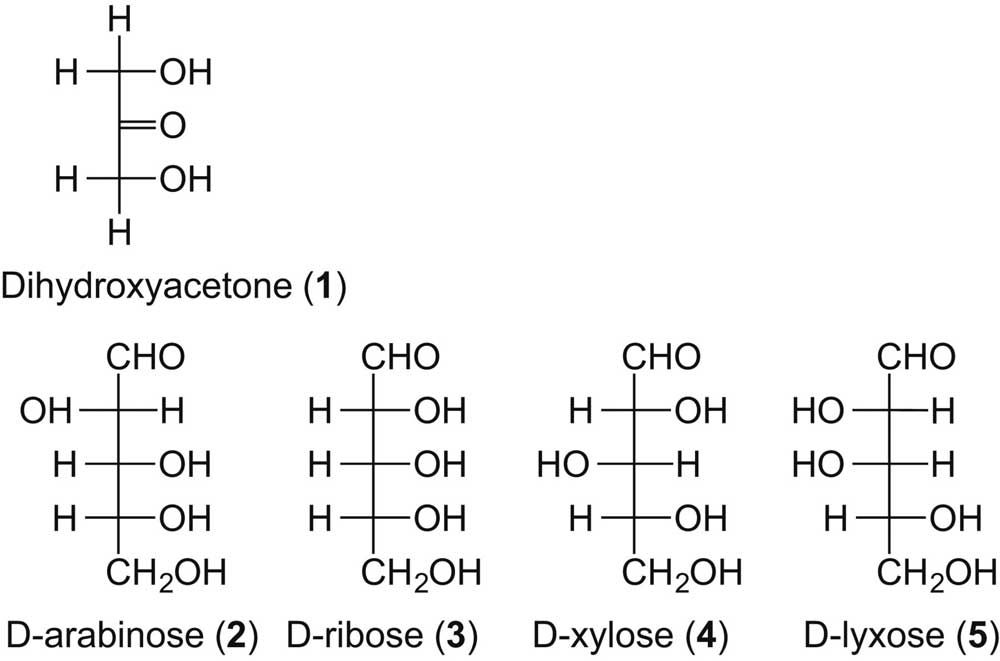 Figure 3: δ13C (pronounced “delta carbon thirteen”) is an isotopic signature, a measure of the ratio of stable isotopes 13C: 12C, reported in parts per thousand (per mil, ‰). An isotope of an element has the same number of protons but a different number of neutrons within the nucleus of the atom. For further information see https://en.wikipedia.org/wiki/Δ13C . Organic compounds formed in the cold environments of space are typically 13C rich with δ 13C values > 0, while terrestrial organics derived from biology are much lighter in their carbon isotopic composition (δ 13C < 0) 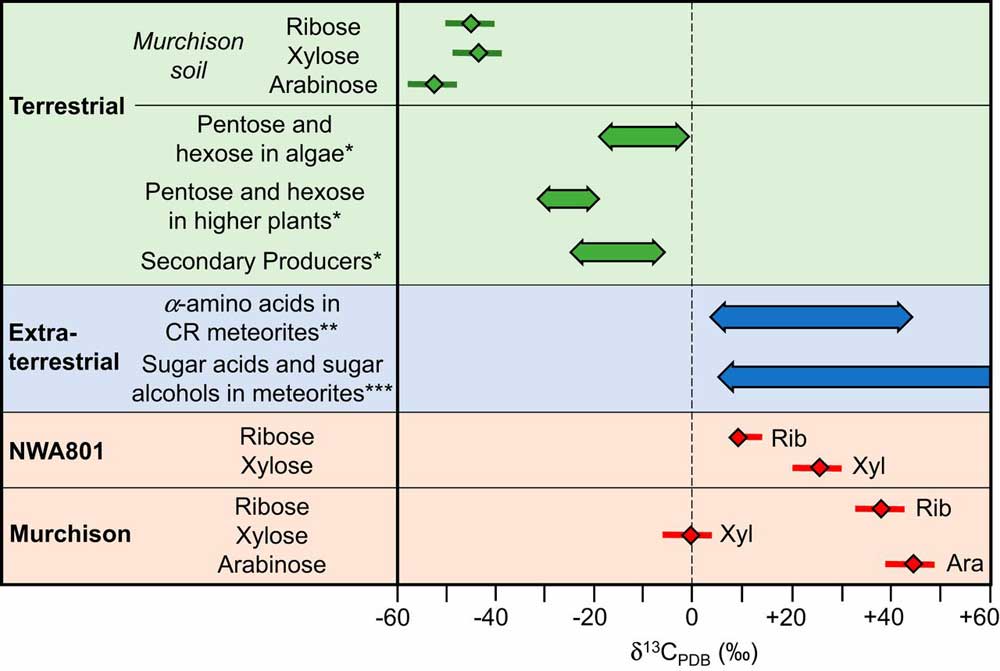 Gregory T. Shanos, PharmD, is a pharmacist by profession and NASA Solar System Ambassador by passion. Greg is an avid amateur astronomer and member of the St. Petersburg Astronomy Club (SPAC) Local Group of Deep Sky Observers (LGDSO) and Museum Astronomical Resource Society (MARS) in Florida. Greg’s interest in astronomy began in 1985 with the apparition of Halley’s Comet. His passion for meteorites began a year later when Sky & Telescope advertised authentic meteorites for sale. After purchasing three iron meteorites for a total of $60, he was hooked for life! Dr. Shanos has also published over 30 review articles in Meteorite magazine regarding organic compounds in meteorites. Greg has lectured extensively on various astronomical topics and has submitted observational data on meteors, comets and grazing occultations that have been published by the International Meteor Association, International Occultation Timing Association and Smithsonian Astrophysical Observatory. He has also participated in distributive computing projects such as SETI@home and Stardust@home. An avid eclipse chaser, Greg has witnessed thirteen total solar eclipses, three annular and the entire transits of Venus from Greece and Hawaii. Recent advances in digital technology have led Dr. Shanos into planetary and deep sky astrophotography. Other hobbies include playing folk and pop classics on my Guild D55 acoustic guitar. In addition, Greg has been studying the martial arts and earned his blackbelt in Mi Zong Long Horn, a Northern Shaolin Kung Fu System in 2007. Currently Greg is studying Chen Style Tai Chi and Yoga.
PrevVideo Review: The Expert Video Guide to Meteorite Identification in the Field and in the Laboratory
High Noon In Aguas Zarcas Where The Reed Bros Ride AgainNext