Almost two centuries ago in August of 1810, the noon-time routines of the residents of Tipperary, Ireland were disrupted by "a moving cloud and sounds like thunder." A single grapefruit-sized stone, a xenolithic H5 chondrite of some 3.52kg then fell from the sky.

But a lot can happen to a historic locality well-distributed in collections worldwide. Luckily the major portion of the single stone was preserved in the National Museum of Ireland in Dublin, because when Mooresfort was classified well over a century after falling, the results created a difference of opinion.

Mooresfort was not a confusing transitional chondrite like Bremervörde, but rather, as Mason kindly puts it, "These disagreements suggest the possibility of one or more mislabeled specimens..." In an effort to remedy the situation and apply a definitive classification to Mooresfort, Mason acquired, "...a sample of the meteorite from the original specimen in the National Museum of Ireland."

In the end, Mason published a paper in the American Museum Novitiates on December 19, 1966 declaring Mooresfort to be an H chondrite. Later analysis by others put a finer point on Mooresfort with the current classification as an ordinary chondrite H5 xenolith. However, when one acquires for their collection a specimen with a known history of misrepresentation, one can only hope that their piece is from the actual locality. For me, although I had not reason to suspect the authenticity of my piece, it was Mason's description of a hand specimen of Mooresfort that put my mind at ease. Mason wrote:

"In hand specimen a broken surface of the Mooresfort meteorite is medium gray in color, with numerous rusty brown spots. Examination with a hand lens shows many chondrules (usually lighter in color than the groundmass) and occasional bronze grains of troilite. The specimen is seamed with extremely thin black veinlets. On a cut surface, abundant grains of nickel-iron are visible; these give rise to the rusty brown spots mentioned above. The meteorite is quite hard and not friable."

So, using Dr. Mason's description, I sat down with my specimen of Mooresfort and a hand lens and ran my piece through a battery of visual tests including a search for the following: 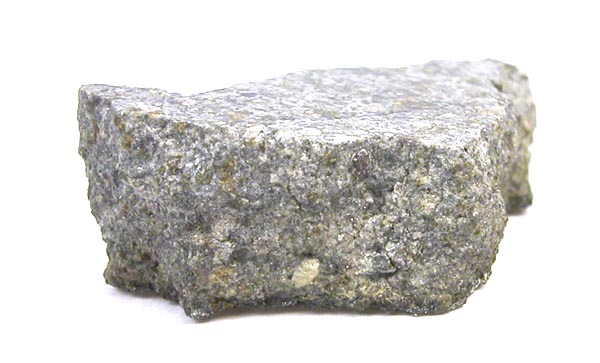 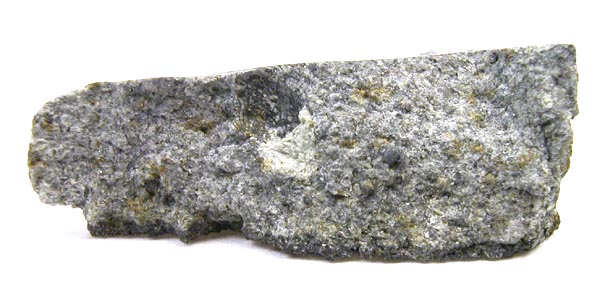 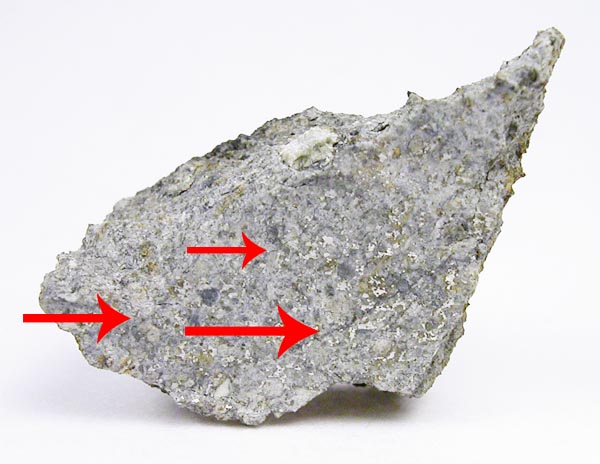 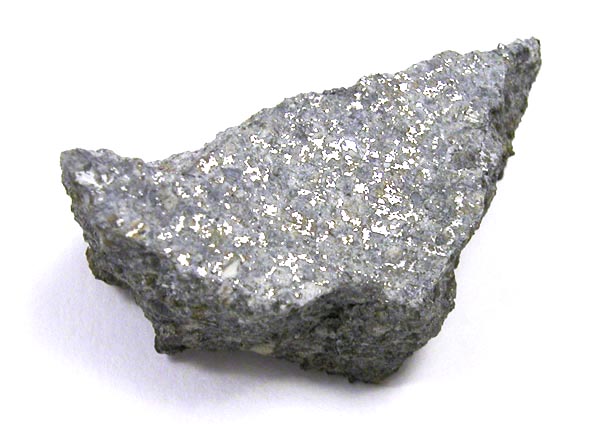 While this visual inspection by no means confirms the identity of this piece, since I had no reason to doubt its provenance in the first place, the match to Mason's description is icing on the cake.

Although test 2 was not passed, to me, that is a good thing and easily explained. First of all, test 2 was the appearance of numerous rusty spots which are never a good thing in my book. Mason obtained his piece from the National Museum. I did not. My piece came from Rob Elliott who in turn got it from the Natural History Museum in London.

I suspect that Mason's request for a piece of this historic and geographically important meteorite of low TKW was answered with a sub-standard specimen. My guess is that the piece Mason received, while Mooresfort, was not the most pristine sample they had. Likely the folks at the National Museum of Ireland chose their least valuable piece of Mooresfort to donate to science which would likely be the most weathered or rusty fragment available.

On the other hand, my piece came from different source, the Museum of Natural History (through Mr. Elliott) that likely acquired it Maybe a century or more ago. It was curated under completely different conditions. Another bonus of this piece is that it arrived with an original British Museum (Natural History) specimen label. 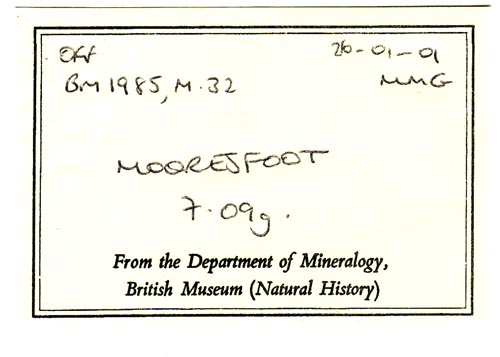 According to the Catalogue of Meteorites, specimen 185,M.32 in the Museum's collection once weighed 89.2g, and was the second largest of four Mooresfort pieces in the collection.

As evidence for a curation distinct from the sample Dr. Mason inspected, my piece has one complete side covered richly with pristine fusion crust, which to me is further support that while my piece is a remnant of a once larger piece traded out of the British Museum to Mr. Elliott, its overall fresh appearance is confirmed by a pristine exterior as well. Now that is really icing on a cake! 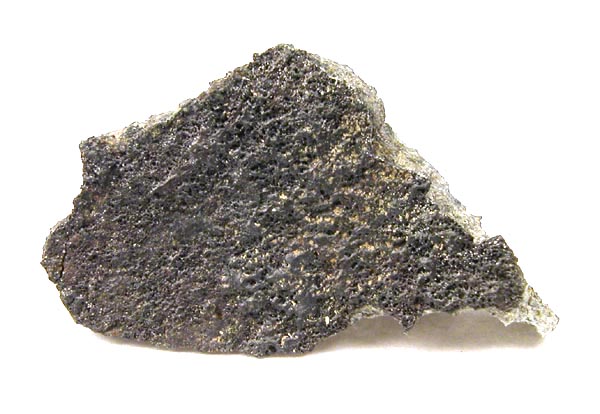 A request from Accretion Desk readers:

If you have not already done so for last month's article, I would greatly appreciate it if you, the reader, would drop me a quick email just noting that you did read this months Accretion Desk. I am trying to decide how much time to put into a monthly article. As you can imagine, producing something like this each month takes quite a bit of time. If few folks email me, I May cut back on the size of the articles in order to afford more time for other pursuits.