Sometimes the entry of a specimen new to a collection is an easy thing. Weight it, describe it, enter it. But other times, that is not so simple. For example, recently a slice of Bremervörde arrived to me, but before I could enter it in my collection catalogue, I had to decide what classification of the several I found was the most reasonable. For this month's installment of The Accretion Desk, I will highlight how I made my decision in order to complete my catalogue entry this historic fall from Germany.
A meteorite was seen to fall out of the evening sky at 1700 hours on May 13, 1855 in Niedersachsen, Germany, and the five stones that totaled about 7.25kg were officially named Bremervörde.

A polished partial slice of the Bremervörde arrived to me as an H3 chondrite. An appealing class on its own, but I was especially pleased when I read in Meteorites A-Z that Bremervörde was actually an H/L3.9! A quick scan of the class listings quickly revealed that Bremervörde was not only the exclusive member of the H/L3 class, but also the oldest of the H/L transitional chondrites thus making it the very first one. 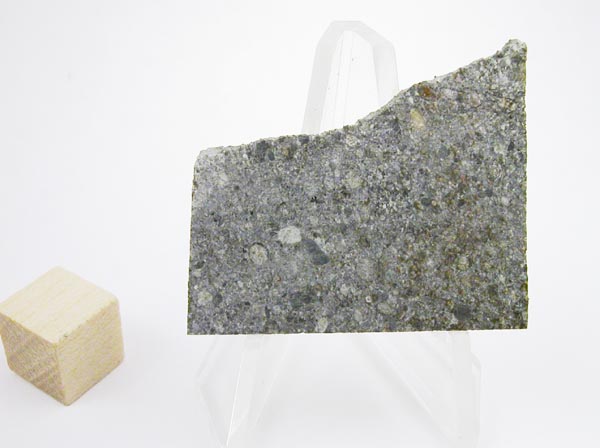 But, alas, there was decent in the ranks. The hardcopy of the Catalogue of Meteorites lists Bremervörde as a brecciated H3.7, and an internet search uncovered a few other differing numbers that ranged from a plain H3, to an H/L3.4 regolith breccia (see links 1 / 2 / 3 / 4 / 5 ). All seemed to agree that Bremervörde was both an H chondrite and of type 3, but some sources listed Bremervörde as a regolith breccia, others as just a breccia, and most with no indication as a breccia at all.

But what specifically should I enter in my catalogue?

I am certainly not the first to notice this descrepancy. In fact, the famous meteoriticist Brian Mason struggled with Bremervörde in a January 30, 1967 American Museum Novitates publication when he noted that Bremervörde had been previously classified as both an H class and an L class. Mason obtained another piece of Bremervörde, this one from the Mineralogical Institute of the University of Göttingen (the home of the main mass of Bremervörde) and his analysis lead to the conclusion that Bremervörde is an olivine-bronzite according to Prior's classification scheme (1920), and an H chondrite according to Urey-Craig (1953) classification. 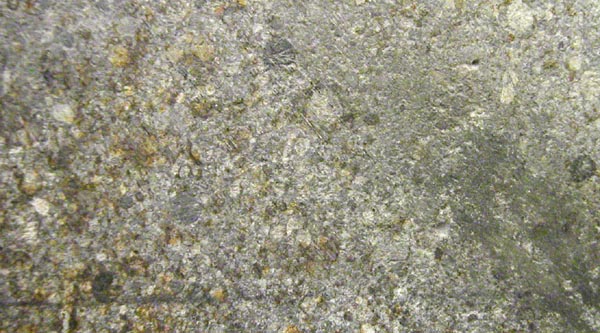 A caveat to this confusion is how Dr. Mason reconciled the difference in classifications of Bremervörde. Mason wrote, "The piece in the American Museum of Natural History being evidently a mislabeled specimen." Could the AMNH's piece of Bremervörde still be mislabeled? I emailed the current AMNH meteorite collection curator to ask, but have yet to hear back from him. 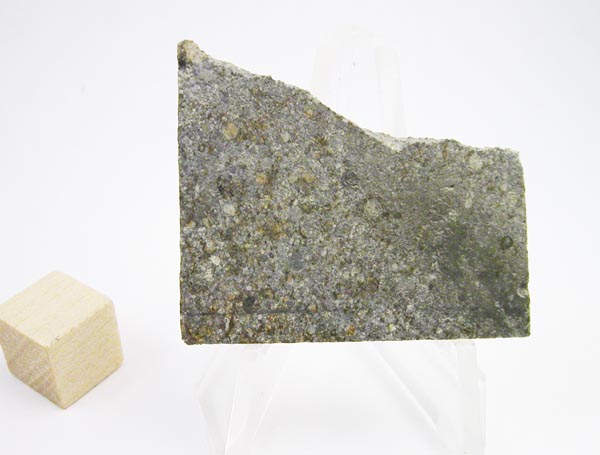 A request from Accretion Desk readers:

I would greatly appreciate it if you, the reader, would drop me a quick email just noting that you did read this months Accretion Desk. I am trying to decide how much time to put into a monthly article. As you can imagine, producing something like this each month takes quite a bit of time. If few folks email me, I May cut back on the size of the articles in order to afford more time for other pursuits.