The planet Mercury is a tough one to get to. Imagine rocketing towards a body one million times larger than the earth. Then, at the last second, you change course and attempt to go into orbit around a speck about the size of our moon. That is the problem with going to Mercury.
http://messenger.jhuapl.edu/

Most planetary swing-bys use the gravity of a nearby body to accelerate the spacecraft saving on fuel, and reducing the travel time. MESSENGER, on the other hand, uses two Earth swing-bys, two Venus swing-bys, and even two Mercury flybys to dump enough speed that a Mercury orbital insertion is even a possibility.

Basically, MESSENGER is careening towards a cosmic cliff, clawing at the gravity from other planets to slow its fall. And in the end, when certain death is eminent a James Bond stunt pulls the tiny spacecraft out of the path of the speeding sun and into a safe orbit around a rather bizarre little world floating quietly at the very (inner) edge of our solar system.

MESSENGER is a tough little robot. The hostile environment around the sun makes powering the craft a piece of cake, but in this case, the cake must be eaten in the oven. The business-end of the boxy craft sits in self-made shade under a curved ceramic cloth umbrella. Tiny solar panels poke out from the side, and even those are two-thirds mirrors. Essentially, dumping heat as well as speed is the lifeblood of this mission.

On August 2nd, MESSENGER lifted off the pad at Cape Canaveral in Florida. Atop a Boeing Delta II Heavy-lift rocket, the spacecraft punched through a lucky break in the weather and screamed into the night sky beginning a mission that will last until 2013. Not that we have a decade of data ahead of us. Instead all the speed dumping means MESSENGER will not enter Mercurian orbit until 2011!

It was an exciting time surrounding the launch. I was at the Cape for the meetings and other festivities, as well as the launch, but as luck would have it, I could only stay for the first night's launch window. The weather team scrubbed the mission at one minute before launch. Not that we were all that hopeful, but the no-go came as the final 60 seconds were counted down.

The next night seemed to be a clone of the first, until 15 minutes before the daily one second-long launch window opened (I'm told by a friend who stayed on) when the sky cleared, the stars came out, the wind died, and MESSENGER left home for a new life a measly 0.4AU from the sun. But since I had to leave, the best I can do is point you to the MESSENGER website to watch their launch video.

In the end, the oversized core of Mercury, its cratered past, and its magnetic field will all shed new light on our knowledge of meteorites, with particular attention to the irons. Lets talk again about this in 10 years. See you then! 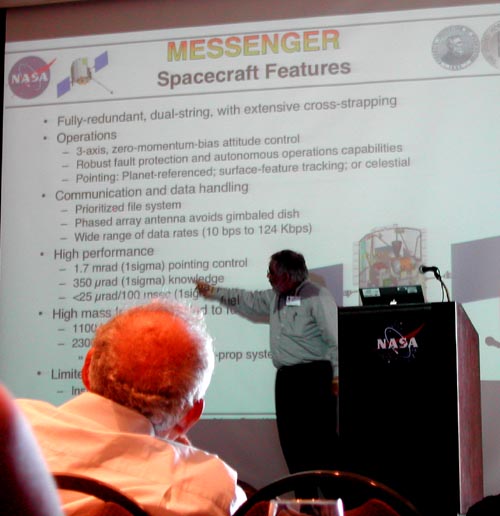 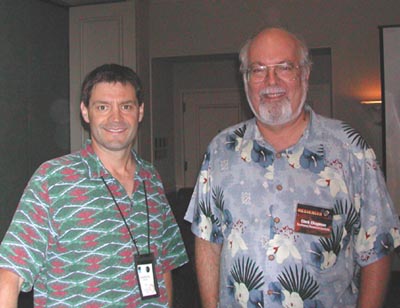 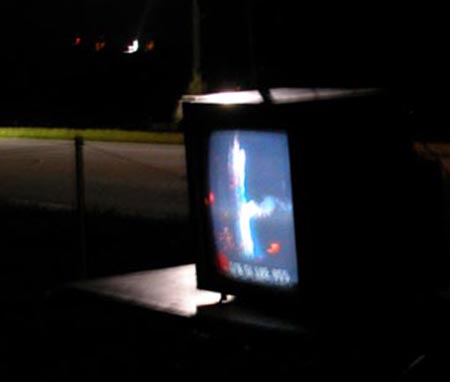 Sending a spacecraft to Mercury is really the planting the seeds of knowledge. Although we won't all be here in a decade, those who walk in our footsteps will thank us for giving them these gifts, and for the forthought to trust the future generations to appreciate the time and resources we spent to keep the dreams alive.