An L6 Missionary from Space 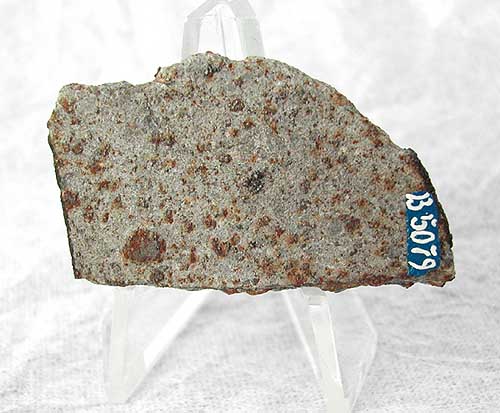 About 18 different meteorites claim Namibia as home, but of those meteorites only two are falls; the L6 named Ovambo with only 56 grams accounted for, and the LL4 named Witsand Farm with only 76 grams preserved. In both cases, it seems that there was more material from the respective falls, but only a very small amount ever made it into captivity.

This lack of meteorite awareness seems strange in a land that holds the world's largest meteorite named the Hoba iron, as well as the famous Gibeon strewnfield. But possibly the reason that much of Ovambo and Witsand Farm escaped capture is that both are stones instead irons, and both fell from the sky rather disrupting the smooth desert sands.

Here are two partial entries from the Catalogue of Meteorites (2000):

Ovambo
Amboland, Namibia
Fall 1900
Stone. Chondrite. Ordinary L6
Approx. recovered weight: 56 g
“A 56g stone was found amongst material in Professor Walter Wahl's collection after his death. The available information indicates that after the fall, a stone was found in the possession of locals from which a fragment was removed and passed via Finnish missionaries to Prof. Wahl.”


Earlier this year, a 10g polished partial slice of Ovambo with crust and a painted Helsinki Museum specimen number found its way into my collection. I was most happy to receive the specimen as historic witnessed falls are my collecting specialty, with the lower the recovered weight and the older the fall, the better. 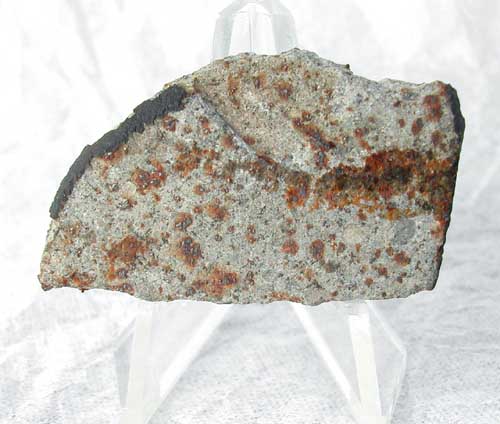 To say pieces of Ovambo are rare in collections is an understatement. The Catalogue of Meteorites lists three locations where Ovambo is present, and the British Museum of Natural History is not one of them.

It appears that Helsinki, Berlin, and Washington DC are the only places on the planet where one can gaze upon this historic L6 meteorite. And now Pocatello, Idaho can join this exclusive group. 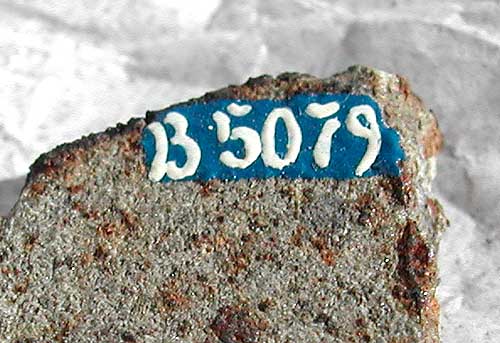 As possibly the only private owner in the world of a piece of the Ovambo meteorite, more than a century after the fall and fully aware of the chain of custody of this rare stone, I can only wonder if a similar catalog listing for Ovambo will someday (hopefully in the long-distant future) begin with: