An Article In Meteorite Times Magazine

This feature is devoted each month to one of the personalities within the meteorite community. This month we are delighted to share an interview we had with Ron Hartman of both http://www.membranebox.com/ and http://www.meteorite1.com/.   The meteorite and membrane box websites were set up as a business venture to provide funding for acquisitions to the "teaching collection" located at Mt. San Antonio College.

Ron holds a B.A. in Astronomy and a M.A. in a related field. His position is a 37 year faculty member in the Department of Earth Sciences & Astronomy at Mt. San Antonio College and Director of the Planetarium. (Which means he teaches Astronomy full time and runs the planetarium when he should be sleeping!)  Before coming to MtSac,  Ron was a staff member at the Griffith Observatory (Los Angeles) where he gave public lectures in the planetarium and related duties. 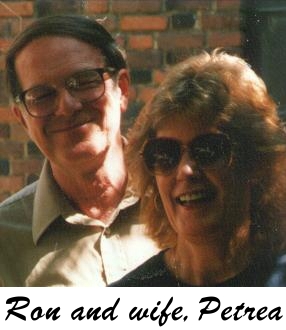 What or who got you interested in meteorites and how old were you when you got your first meteorite?

I was an Astronomy major at U.C.L.A. back in the 1950 somethings, and took a METEORITICS course from Dr. Frededrick C. Leonard.  He inspired a number of now well-known names in that Science.  It was about that time that I acquired my first meteorites, a few from Wards, and from a rock shop, Greigers, in Pasadena, CA.  And ... as a student in the course one of the requirements was to go with the class and Dr. Leonard to the Arizona Meteorite Crater and find a meteorite!  (We had to pay the crater $1.00/lb for anything we found!)

From Wards, a Potter, Neb.; a Brenham slice, and Maybe a couple others.  From Greiger's, some very nice Henburys, and a few in the pound range from the AMC that were found on our first class trip..

Do you still have it?

Do you have special areas of interest that you focus on in regards to meteorites (thin sections, photography, chemistry, age dating.. etc)?

The focus is on acquiring a representative collection suitable for museum display to the public and for teaching students the basic characteristics of meteorites, not for analysis but for recognition.  See: http://www.mtsacplanetarium.com/collection.htm

Does your Family share in your interest in meteorites?

My older son, Jim, has a full-time business restoring deteriorating pieces.  I never had encouraged his interest.  It "just happened naturally".

Do you have any special approaches to collecting? (Type collection, only stones, only irons, only by aesthetics, etc. or any and all that you like.)

For many years I gravitated toward irons, as stones were not very readily available except from Nininger and then, Huss, and the specimens tended to be very weathered ones from the plains states that Nininger had found.

Do you mind saying how many locations your collection represents?

I really have no idea.  I have boxes full that I have not had time to inventory. Hundreds, no doubt.

Is your collection displayed or kept in a dry box or both?

Parts of it are displayed in our college planetarium museum area and in our college library.  I have four display cases at home.  Rest is in drawers, many in a vault area at our college.  I don't use a dry box but the temperature is kept within reasonable limits.  My meteorites don't rust as they were prepared properly at the beginning.  (Might be different if we did not live in a semi-desert area.)

Only the excel sheet for inventory.

Yes.  Lucerne Dry lake was my strewnfield discovery.  It predates and brought in the great California hunt for meteorites on dry lakes.  Since that time, the number of California finds have skyrocketed due to hunting efforts by others on all the dry lake regions.

Go to: http://www.mtsacplanetarium.com/lweb.htm
(Opens in a new browser)

What is your favorite meteorite in your collection?

My 12 pound Canyon Diablo that I found buried under a bush with my metal detector (many years ago, permission to hunt granted.)  Its the shape, not the size that is neat.  I have larger but they are not as interesting.

What is your favorite overall if it is not the one above?

I have a nice 1 kilo complete stone with 100% fresh crust that I picked up (that is, bought.  I didn't actually pick it up off the ground!) last year at Tucson.  Very nice museum piece.

Not much, I'm very satisfied with what I have. I've been very fortunate to have lived during a time when collecting has became a golden opportunity.  I suspect that opportunity will soon be ending.

What methods have been most successful in building your collection?

Slow and steady, no specific focus on sources but I've given up buying on-line or sight unseen.  I want to see the specimen (from all sides!)

Have you had to take any special measures to protect them from the environment?

Surprisingly, not much. If they (irons) are prepared properly at the outset, most tend to be pretty stable. I think most of the problem is that many are cut and attempts are made to stabilized too quickly or by using incorrect methods. You need to open up the fissures under high heat, get the water and contaminants out, and then fill them with a suitable preservative before letting the slice cool down. If you leave salts and other foreign materials in there, you are only inviting trouble later on. My son, Jim, discovered the prefect way to do that and it works wonderfully. We find that a few of the more troublesome freshly sectioned irons May still, on occasion, rust a bit from fissures and around nodules regardless of what you do. But after resurfacing and etching a second time, occasionally a third time, they seem to stabilize permanently. For example, Red Rock was a problem piece for us. Soon after I bought my first finished slice, it started to ooze.  It took two resurfacing and re-etching over as many years but now it has been fine for the several years it has been in the museum case with no special humidity controls.