It seems that lately, the lowly TKW, or total known weight, has taken on mythic proportions of the meteorite collector’s decision-making process. But when deciding whether or not the specimen is worth the asking price, there May be much more to the story than just the total weight. In reality, the distribution of the locality May be a better indicator as to the collectible-rarity of the specimen.

A quick look at the book Meteorites A-Z (Ma-z (my shorthand name)) offers any given meteorite’s vitals signs, but like all information, it must be taken in context. Take for example the Miller, Arkansas chondrite. Ma-z lists the following information:

It all sounds good; an older US fall with a reasonably small TKW of less than 17kg. But what’s missing is that, according the Museum of Natural History Catalogue of Meteorites, is that some16kg of Miller is still in the form of one single oriented piece in the collection of the American Museum of Natural History. This makes the effective TKW only 700 grams at the very most!

The term ‘effective TKW’ is one I made up, but it’s concept based on the biological application of the term ‘effective’ as applied to animal populations. For a detailed explanation of this term, please see the website:
http://www.zoology.ubc.ca/~whitlock/bio434/LectureNotes/05.EffectiveSize/EffectiveSize.html


Another example of an incomplete picture based upon TKW is that of the Budulan mesosiderite. This Russian stony-iron found in 1962 appears to have plenty of material to go around. Ma-z lists the recovery of a single 100kg stone. But again, when checking the distribution of material in the Catalogue, we find that over 98kg are in one single collection presumably in one single piece. That leaves less than 2kg of material for the rest of the world. Of course it is much more likely that the Budlan mass would be cut compared to Miller, but again, should the 100kg TKW be a limiting factor in selecting this specimen for acquisition, one May be missing the actual rarity of the locality. 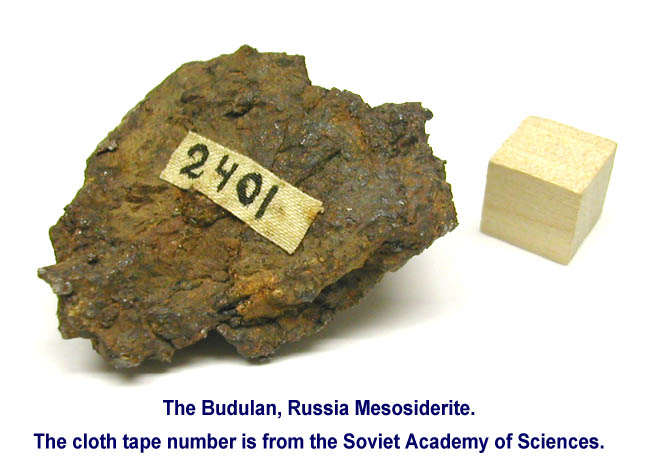 While TKW is an important indicator in the overall specifications of any given meteorite, it seems that interesting oddities in TKW pop up quite often. Therefore, like all pieces of information about a meteorite, the TKW should be considered, but not in isolation.