Is it the World's Best
(internally) Oriented Chondrite?

The ploughed-up 1961 find of yet another Kansas meteorite was hardly ordinary. It turned out that the 1.6kg stone (and another stone of 6.5kg) was not the usual L6 or H5, but an ultra-rare CV3.0 accretionary breccia carbonaceous chondrite with a stage 3 shock level.

But to admirers of such things, Leoville is a glorious cosmic texture that captures both the eye and imagination taking one back in time to the very beginning of the solar system…and Maybe even beyond.

This month's installment of the Accretion Desk offers a couple views of this illusive stone, which like many rare birds, it is hard to share its true magic through mere photographs. 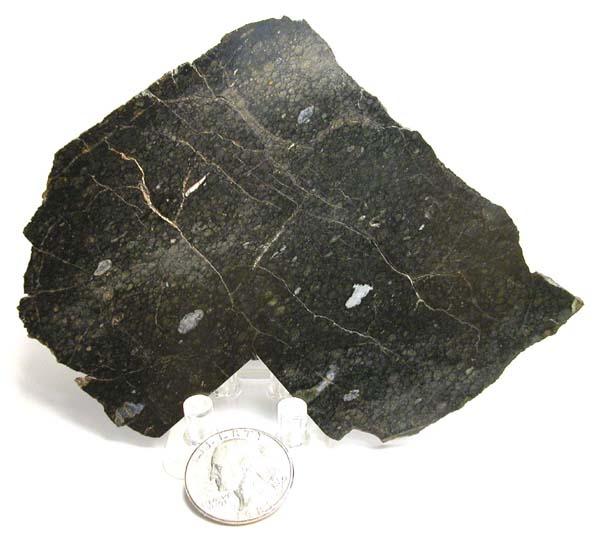 What makes Leoville even more exciting is that its chondrules are highly elongated. And, as described by Cain, McSween & Woodword in 1986, “Foliations defined by alignment of elongated chondrules have been noted previously in chondrites, but none displays this effect as well as Leoville.” 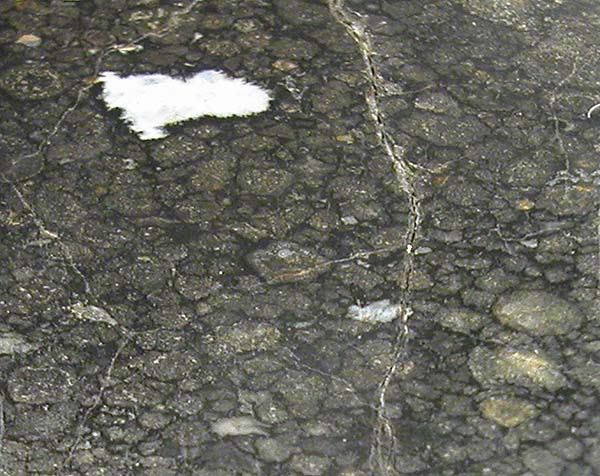 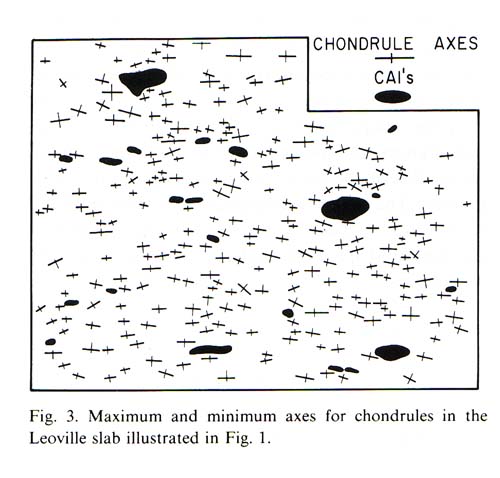 According to the article, the foliations in Leoville are defined by a preferred orientation of the elongated chondrules, and are likely from in situ deformation. In other words, some event caused the normally spherical chondrules to be squished so instead of a nice circle or mild oval, Leoville's chondrules form more of an elliptical shape pointing their collective fingers toward some unknown force. 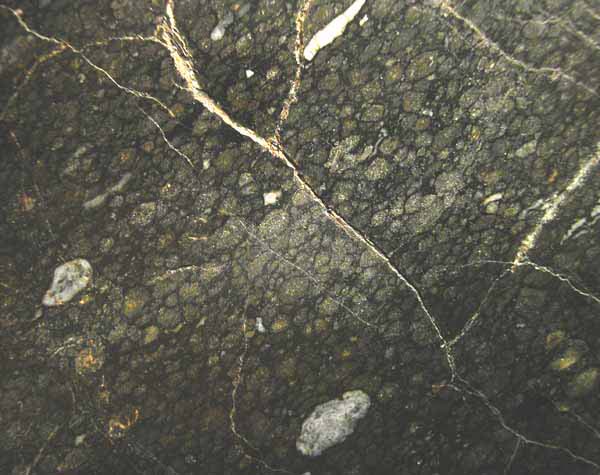 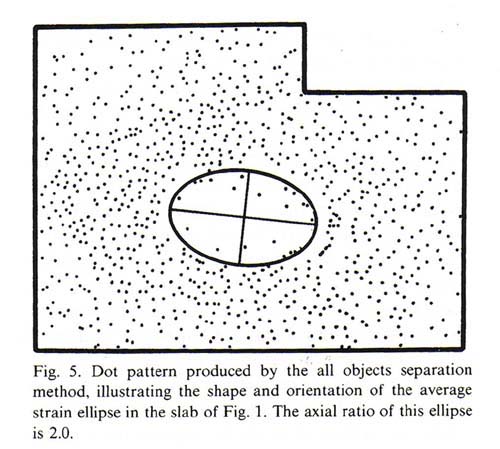 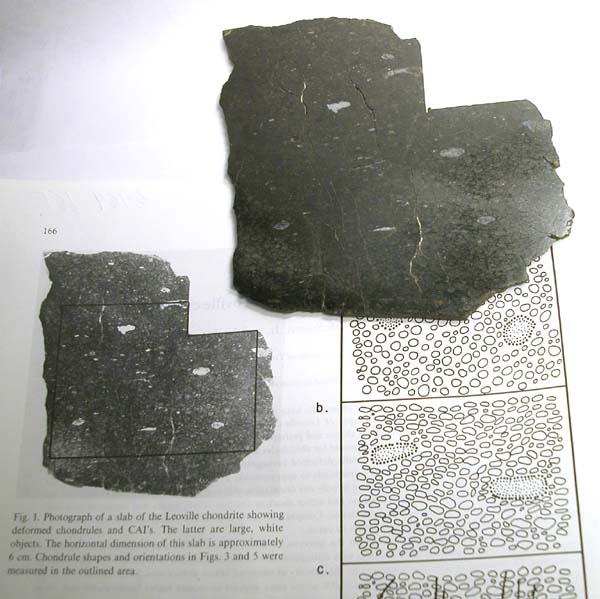 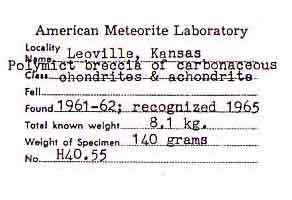