What Is The Price Per Gram of An Act Of God?


Our phone conversation was routine. At least until I mentioned that I picked up a nice piece of Park Forest. Not that Park Forest is all that unusual right now, but instead I casually mentioned that I had about $80/g into my 58g piece. The silence on the other end of the phone was deafening. 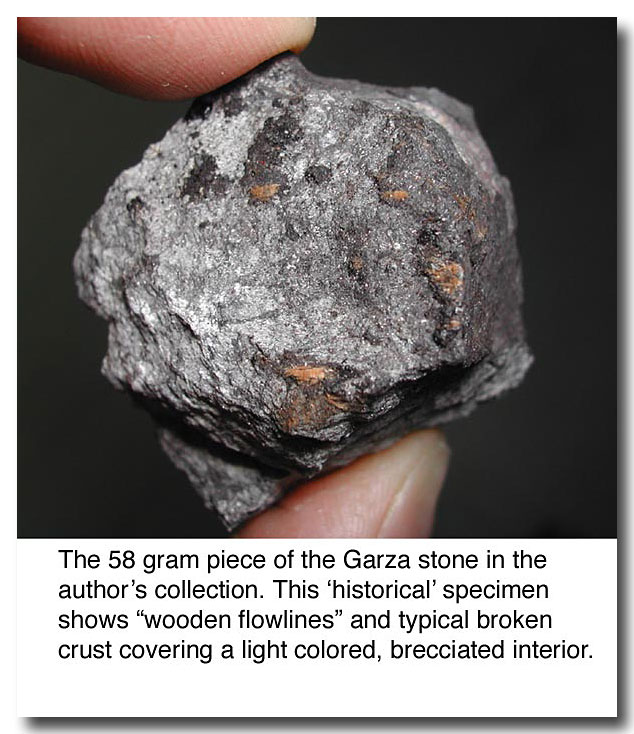 When my friend finally spoke, he did a little reality checking. Were we talking about the same meteorite that just fell, or was there also a Park Forest brachanite or angrite in the Catalogue? Then there was the "80 as in eight-zero?" question. Then he checked my reality with the old meteorite collector standby, “Are you nuts?”

Well, Maybe I am, but here is what I was thinking. Park Forest is history in the making. To those who watched the Park Forest drama unfold, and especially to those players on the strewnfield, each passing second of the event was a another replay of what has happened so many times through out written and unwritten history, but especially since 1492 (the fall of Ensishem). Park Forest was not simply another chondrite pelting one of the greener areas of our pale blue dot, but instead it is actually one of the better-documented falls in the past century (even if we don’t already know this to be true). Park Forest is an event of magnitude whose initial stature is currently being overshadowed by our own intellect, or as Freud might say, we are intellectualizing away our collective awareness of mortality. Rocks from the sky are perfectly safe, right?

As the “Act of God” that crashed through the roof of 426 Indiana Street sat patiently in its evidence bag at the police station, thus began our attempt to organize the event into a sterile, efficient story that would fit nicely into a Meteoritical Bulletin paragraph. Nobody was killed by a falling stone on the 26th of March in the two thousand-third year of our Lord. But any one of the nearby souls could have been. To demonstrate our lack of comprehension of this fact, the son of Noe Garza was given special attention as a survivor of particular vicious meteorite attack even though he, like all those who were in Park Forest that day, were spared the blunt trauma of personally Biblical proportion. And it is for this same lack of comprehension that I chose to invest in a piece of the soon-to-be-even-more-famous Garza stone.

Science is full of surprises so the surprising lack of public awareness of the Park Forest meteorite fall should not be surprising at all. Nor should it surprise anyone that while I was at a science conference in Philadelphia during the fall, nary a word was spoken about the event. For me, the magnitude of the news was first felt by the shear weight of emails pouring into my inbox as I patiently used a massively obsolete hotel computer to check-in with my university mothership. Being a rational student of science, I opened one email, realized that a meteorite had indeed fallen, and then placed the whole event on the proverbial back burner. For me, the drama would not unfold until my return back home about a week later. Even then, my curiosity of the Park Forest fall was more in passing. So much so that I figured that the computer techs at eBay knew more about it than I did given the flood of new auctions.

For the past few years, my taste in meteorites has focused almost exclusively on historical meteorites. So much so, that at first I failed to give the Park Forest event the credit it justly deserved. I was a victim of my own nearsightedness. To me, at that time anyway, Park Forest was current news. Maybe I would be interested in a century or two. So I joined the many of my species before me who failed to comprehend the event during its present unfolding. As I read historical accounts of meteorite falls I could never quite understand why the recipients who experienced meteorite showers interpreted them in such a wide variety or ways from religious worship to mild irritation. So as if to carry on this tradition, I ignored the Park Forest fall. I was content to wait and read about it later through the brief words of someone else. Why? For that is how I have learned about all the other meteorite falls I knew about. My meteorite study skills were honed through years of reading the written word, not by the first and second-hand accounts shared verbally with me by living people.

So by the time I realized that Park Forest was an important historical fall, much of it had been sold, and I knew little about its distribution to dealers, what were the important pieces, the total known weight, or even how much it had been selling for per gram. To buy myself some time I immediately secured a small, completely crusted individual of Park Forest while I began the search for my collection piece of history-making olivine.

The story of the Garza stone was one that kept showing up in both the bias and unbiased Internet accounts of the fall. Those who were just reporting on the event mentioned it, and those who were selling it treated the Garza stone as the crux of the Park Forest meteorite fall. So Garza it is, I thought. Unfortunately, there were only two pieces of size for sale by the time I made up my mind which direction to go. Luckily I knew the dealer with them and he was happy to hold them while I decided. The pieces were 28g and 58g; both with crust, and both from the Garza home. The small one had more crust, but the larger one had “flowlines” of wood where for the first time in its 4.6 billion year existence, the stone encountered firsthand evidence of life elsewhere in the universe. And some of that cellular evidence was still stuck to the stone like parasites on a bird. By the time I found myself wanting both pieces, an email lit up my inbox basically saying that of the two piece I had on hold, the one I do not choose has been sold. So I chose the larger piece.

January 16, 1493 was exactly two months after the fall of Ensishem. How much more did people know about that fall then compared to the day it happened? In fact, how much more do we know today about the fall of Ensisheim some 6127 months later? But in contrast, how much more do we know about the Park Forest fall two months later? Magnitudes more! Enough so that I am quite content that the piece of $80/gram Park Forest Garza stone now residing in my collection is in perfect company with Ensisheim, Orgueil, Pultusk, Holbrook, and Sikhote-Alin among others. The fall of the Park Forest meteorite is an event worthy of a major place in meteorite history even if the time necessary for it to become historically important has not yet passed.